Collins was sent off for a flying tackle on Grealish.

Nathan Collins apologised to Jack Grealish after he was sent off for a dangerous tackle on the Manchester City star.

Collins received a red card for landing a heavy challenge on his opponent during Man City's 3-0 victory over Wolverhampton Wanderers on Saturday.

After 33 minutes at Molineux, with Pep Guardiola's team leading 2-0, the Wolves defender landed his boot on Grealish's midriff.

Collins protested but was given his marching orders by referee Anthony Taylor. 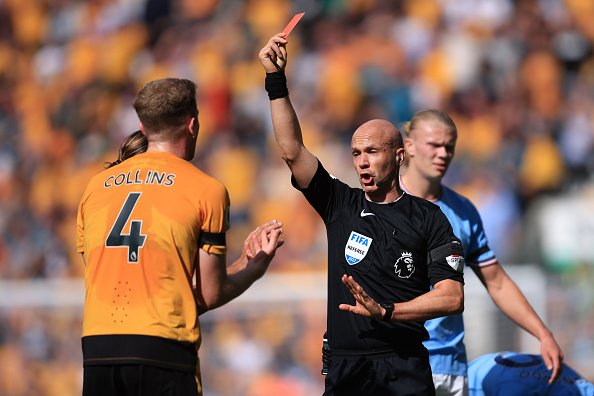 END_OF_DOCUMENT_TOKEN_TO_BE_REPLACED

Collins, however, waited in the tunnel at Molineux for 25 minutes after the final whistle in the Premier League game to apologise to Grealish, according to The Sunday Mirror.

The Republic of Ireland defender was reportedly 'distraught' about his challenge on the Man City star. He waited to apologise while Grealish conducted post-match interviews and celebrated on the pitch with teammates.

Collins is said to have told Grealish that he was aiming to win the ball, and that the tackle wasn't malicious.

England international Grealish, who scored the opening goal of the game, accepted the apology. 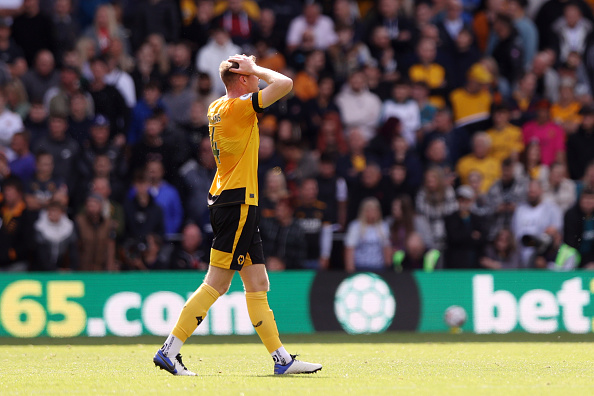 Collins, who will now meet up with the Ireland squad for the Uefa Nations League games against Scotland and Armenia, faces a three-match ban in the Premier League for his red card.

The 21-year-old, who joined Wolves from Burnley for £20.5m, may not be eligible to play again for his club until they face Nottingham Forest on October 15.