'We have clear ideas about where he should go and, of course, we look at what the market will offer.'

Erling Haaland's agent Mino Raiola has claimed that he has "clear ideas" about where the striker will be playing his football next year.

The Norwegian is one of the most sought-after players in world football at the moment, attracting interesting from a host of Europe's top clubs. 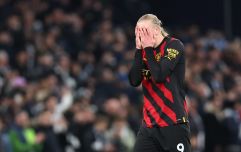 END_OF_DOCUMENT_TOKEN_TO_BE_REPLACED

Premier League sides Manchester United, Manchester City, Chelsea and Liverpool are all thought to be interested in signing the prolific frontman, with Real Madrid and Barcelona regularly mentioned as well.

A release clause in Haaland's contract is somewhat common knowledge and super-agent Raiola is currently plotting his client's next move.

"We have been thinking about his future for two years," Raiola told SPORT1. "We have clear ideas about where he should go and, of course, we look at what the market will offer.

"With a player like him, we can influence the market, we will not be influenced.

Mino Raiola to @Sport1 on Haaland future: “We have been thinking for two years. We’ve clear ideas about where Erling should go and of course we look at what the market has to offer. I would be a bad agent if I didn't. We can influence the market with a player like Erling” 🇳🇴 #BVB pic.twitter.com/myJKaLibwr

The former RB Salzburg man has been in scintillating form since his move to Borussia Dortmund in January 2020, registering 74 goals and 26 assists in 76 appearances. 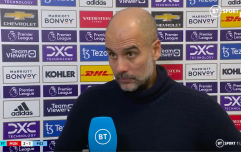 END_OF_DOCUMENT_TOKEN_TO_BE_REPLACED

Following suggestions that United interim manager Ralf Rangnick - who played a role in signing the striker at Salzburg - could use his relationship with Haaland to negotiate a move for the striker, the German was quick to clear up such rumours.

He said: "This is nonsense obviously, just to answer the second question. Of course, there are no such clauses."

Haaland will be in action for Dortmund when they travel to Bochum on Saturday, hoping to bounce back from the disappointing defeat in the Der Klassiker last weekend.


popular
"He rode him like a machine rather than a racehorse" - Mullins doesn't spare Townend as second string come good
"Remember that name" - Sonny Bill Williams raves about Ireland U20 star after outrageous try assist
Matt Williams wants two changes and Peter O'Mahony benched for Ireland vs. France
Peter O'Mahony reaction to Liam Williams scuffle shows he may finally be mellowing
Ireland vs Wales: All the big talking points, moments and player ratings
Two changes as familiar faces return to our Ireland team to face France
"The truth is I've never actually worked a day in my life" - Russell bows out on his own terms
You may also like
1 month ago
The reason why Erling Haaland isn't in the Opta Premier League Team of the Year
1 month ago
"His head was gone" - Jordan Pickford livid after reckless Erling Haaland tackle
1 month ago
The six biggest talking points as Premier League action and World Cup stars return
2 months ago
Erling Haaland reveals he could have played for England
3 months ago
Thousands duped into sharing incredible goal by 'Erling Haaland's cousin'
3 months ago
Erling Haaland gives insight into his unusual diet of food 'other people' don't eat
Next Page