Mike Dean is staying in the Premier League after signing a deal to become a dedicated VAR next season, according to reports.

As per Sportsmail, the 54-year-old - who retired at the end of last season after 22 years as an official - will be based at Stockley Park from August. The role is far from new to Dean, who has acted as VAR on multiple occasions since video technology was introduced in the Premier League. 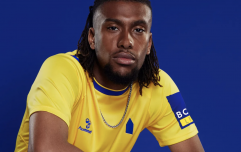 END_OF_DOCUMENT_TOKEN_TO_BE_REPLACED

Dean, who began officiating in 1985, was promoted to the Premier League in 2000. During his career, he took charge of Manchester City's 3-2 win over Queens Park Rangers when Sergio Aguero scored his infamous late winner that secured them the title. His last match as a referee was Chelsea against Watford at Stamford Bridge in May.

NEW: Mike Dean is staying in the Premier League after signing a deal to become a dedicated VAR next season. Retired from refereeing in May. Full story on @MailSport

It comes after Mike Riley stood down from his position with the Professional Game Match Officials Limited (PGMOL), with a new referees' chief set to be in place from next season. Former Premier League official, and World Cup final referee, Howard Webb has been linked with the role when his MLS contract in the United States expires in December.

END_OF_DOCUMENT_TOKEN_TO_BE_REPLACED

Kevin Friend is also stepping away from officiating, and will become the manager of the Select Group 2 officials, who referee matches in the Championship.

Four new officials will operate in the Premier League next campaign, with referee Tom Bramall, along with assistants Natalie Aspinall, Nick Greenhalgh and Steve Meredith, joining the pool.