Mick McCarthy has said that Patrick Bamford has agreed to play for the Republic of Ireland.

The Republic of Ireland manager announced his provisional squad for Euro 2020 qualifiers against Gibraltar and Georgia on Thursday morning in Dublin.

Bamford was not named in the squad, but it appears the Leeds United forward wants to come onboard for McCarthy's team. 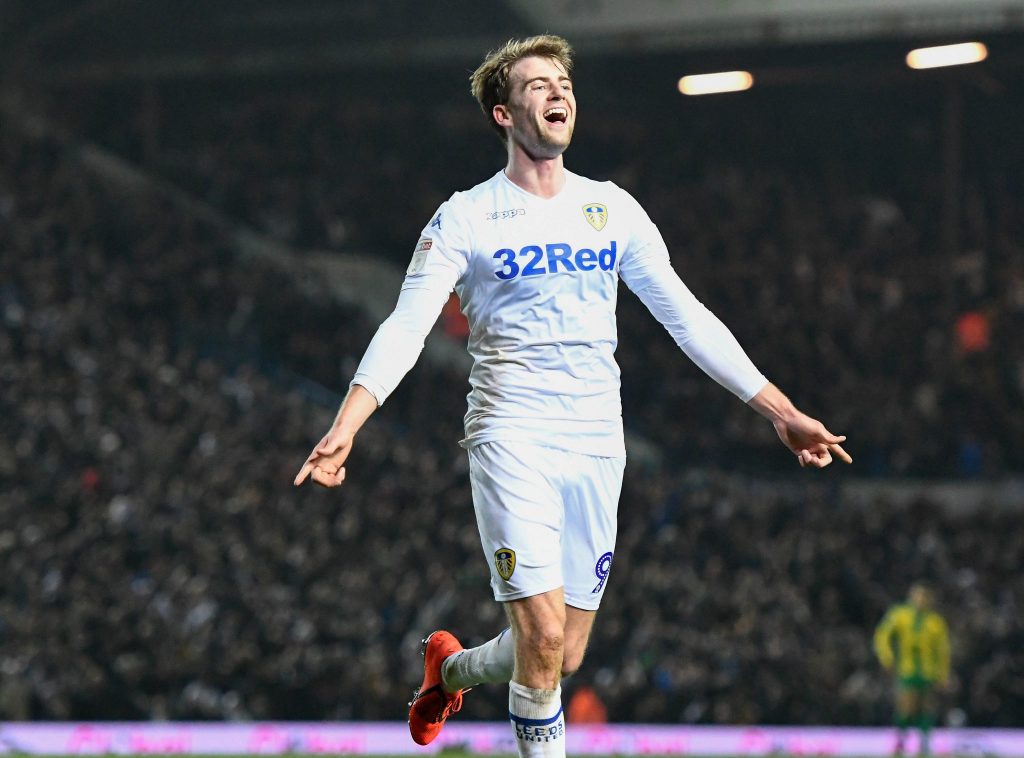 END_OF_DOCUMENT_TOKEN_TO_BE_REPLACED

The English-born striker has been linked with a switch to Ireland for several years. He represented the country at Under-18 level back in 2010 and has also played for England at Under-18, Under-19 and Under-21 level.

The 25-year-old has yet to meet with the Ireland manager, but McCarthy told reporters at the squad announcement that Bamford has told him he wants to play for the country and they are hoping to meet up soon.

"My last contact with him was Saturday morning after he scored (for Leeds)," McCarthy said.

"I just congratulated him on his goals, that one-two at the edge of the box was a sublime finish. I just asked him if he still wanted to join us and he said, 'yes.' And I’m hoping to meet him.

"If he does declare for us it has got to be June because he’s too late for March. I've made that clear to him. I want to meet him as soon as possible.

"I asked him if he still wants to join and 'yes' was the answer. And so then it's just a matter of meeting up and having a chat with him. I stressed to him that if he wants to be involved in June we’ll have to get it done as quickly as possible."

"I hope to go and see him before we got to Gibraltar but that’s not me setting a deadline. I'd be delighted if we meet up and he really wants to play. He’s a really talented player."

McCarthy named a 38-man squad, which will be cut down to 23-players on March 17.

END_OF_DOCUMENT_TOKEN_TO_BE_REPLACED

Here is the full provisional squad:

*Indicates player is on loan


popular
It's often forgotten that Tommy Walsh began his career with the same stardom and promise as David Clifford
Paul Scholes calls a spade a spade after comeback win
Derry club win county final factfile games with extravagant set of jobs
Jordan Larmour primed for a season to remind everyone how good he is
Paul Scholes says Paul Pogba is a "daydreamer" and Fred and McTominay are "limited footballers"
Shane Walsh: 'That's not how I was coached to play football. No one was coached to play football that way'
Spicy Donegal semi-final the highlight of a rip-roaring weekend of GAA on the tv
You may also like
1 week ago
Ireland manager Stephen Kenny admits that "60 to 70% of our best players are defenders"
1 week ago
Claiming Callum Robinson has 'silenced his critics' with goals misses the point
1 week ago
Chiedozie Ogbene gives a brilliant interview after leaving Nemo Rangers behind to chase soccer dream
1 week ago
Callum Robinson performance shows Ireland what could have been
1 week ago
Adam Idah ready to play, but Ireland hit with late blow ahead of Azerbaijan clash
2 weeks ago
The Ireland XI that should get a much-needed victory in Azerbaijan
Next Page