"I'm immune to it a little bit because I live in England.

Mick McCarthy has said that he did not watch the recent Oireachtas Committee hearing where TDs questioned FAI representatives over governance of the association.

The FAI board has since told Sport Ireland that they will step down at this summer's AGM in July.

Eddie Murray and Michael Cody resigned from their roles on the board. While former CEO John Delaney, who moved into a new position as executive vice-chairman in March, has stepped away from the association.

The Republic of Ireland manager, speaking to reporters on Wednesday afternoon at the Aviva Stadium as the FAI launched their Summer Schools camps, appeared unaffected by the events of the past month.

McCarthy said he did not watch a single minute of the Oireachtas meeting and that he has been "immune" to the story. 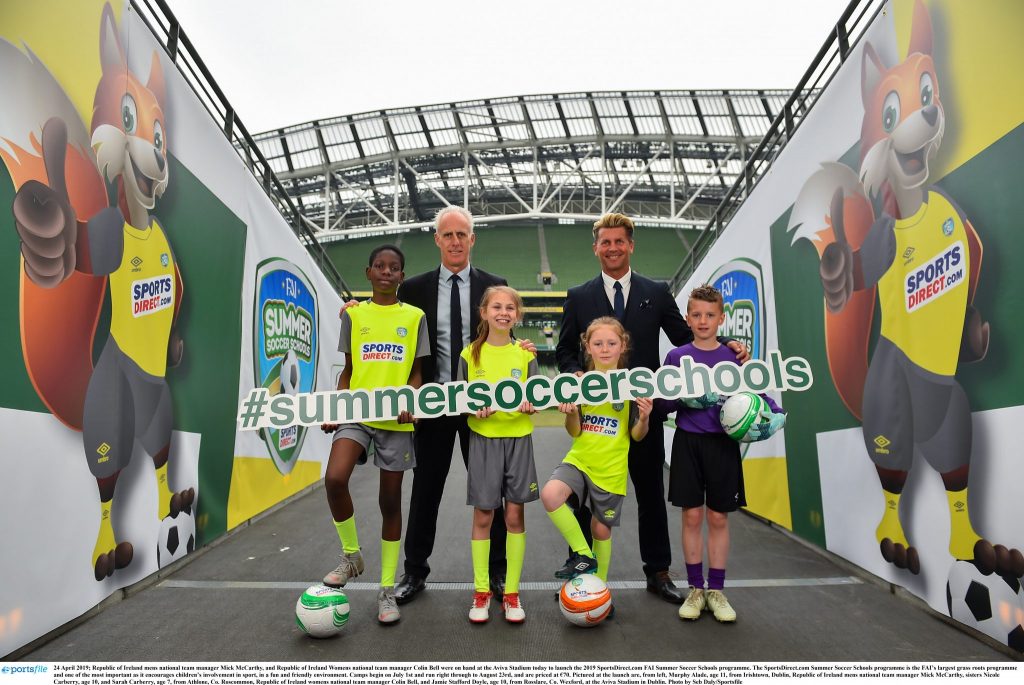 "No. I don't get RTÉ back in Bromley. I wouldn't be looking at it anyway. I'm kept up to date with things that are going on, but I don't follow it that closely.

"I can read all sorts in papers and if I took everything on board I'd have a different view of it but I just don't. I carry on doing my job.

"I work for the FAI", he continued.

"There were 11 people on the board that were party to me being employed. If one of them has left, or anyone else, I'm still employed by the FAI.

"The board's still there and operating. I'm being employed by them.

"I worked closely with John Delaney in the first stint. I've only been here since December. My contact with John has been minimal. I've spoken to him on the phone, any issues I've had we've discussed them." 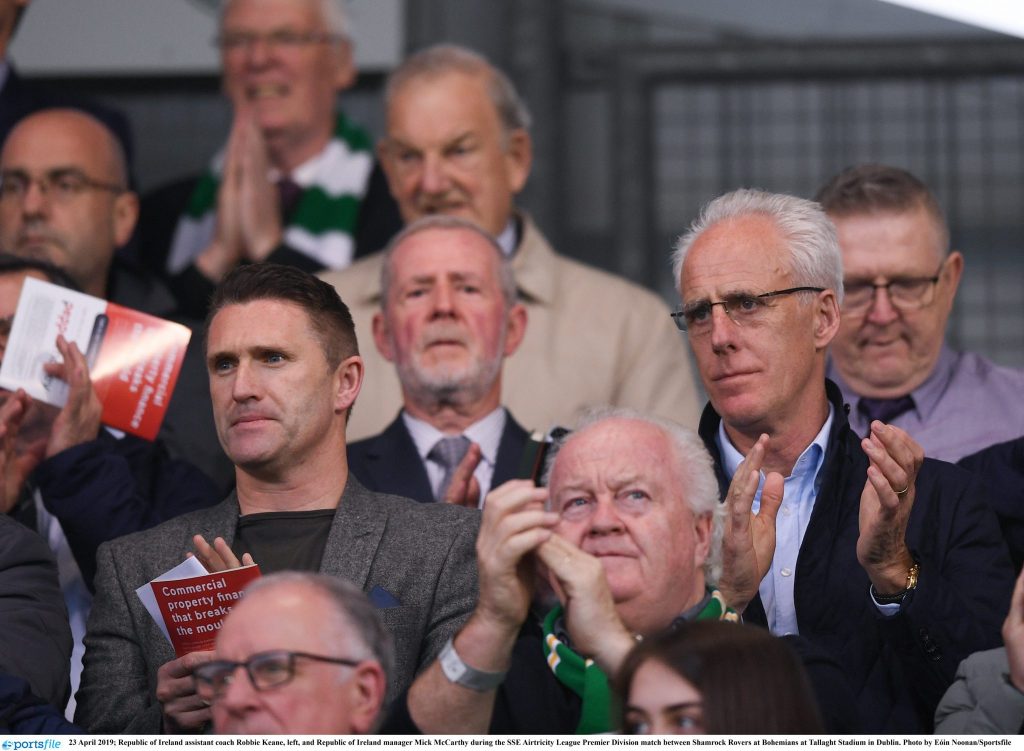 The Ireland manager also said that the events of the last month will have no effect on the Ireland players or his preparations for June's Euro 2020 qualifiers against Denmark and Gibraltar.

"I don't think it's going to affect anything [related to the team]. I am still doing the job I was employed to do and I will continue to do it the way I do it."

McCarthy was also asked about suggestions that Niall Quinn could be a candidate to be the new CEO of the FAI. The Ireland boss played alongside Quinn for the national team and was the manager during the final years of the Dubliner's international career.

Quinn was Sunderland chairman for several years. McCarthy praised his former teammate but said that he will support the next CEO of the association, regardless of who they are.

"Quinny was at Sunderland for a time. He's been involved in the administration of football.

"He's very bright Quinny, he's a mate of mine. I'll leave it to other people to decide who gets it.


popular
"The support of the people means a lot to me" - Conor McGregor
"You don't want to change a winning formula" - Maher and McCormack the key for Borris-Ileigh
Bundee and CJ far from their best but Andy Farrell keeps faith
"I probably should, but I don't think I will" - Cerrone vows to stand and scrap
The only man who can stop Liverpool is back to haunt them
"I'm up in UCD so I could just go out with a few balls by myself and practice it"
'I am left with no other option' - David Meyler retires from football
You may also like
2 weeks ago
Republic of Ireland team of the decade
3 weeks ago
Can you name the 50 Irish players to score 5 or more Premier League goals?
1 month ago
Kenny plays down half-time speech as Sweden stunned by Irish comeback
1 month ago
'I don't see what Jeff Hendrick did that Jack Byrne couldn't have'
1 month ago
Mick McCarthy and the value of players who do as they're told
1 month ago
Expect Ireland to make just one change for Euro 2020 playoffs
Next Page