Mick McCarthy never had the opportunity to coach Declan Rice but a good chunk of his second stint as Ireland manager revolved around whether the West Ham midfielder would re-commit to a country he already had three senior caps for.

Rice played underage football with Ireland and made three senior team appearances in 2018 only to step away from his commitments. Only 19 at the time, those involved with Ireland tried their best to give the promising young talent his space but they were keenly aware of increased English interest.

Rice was born and raised in England and, although he felt a strong connection to Ireland, once Gareth Southgate expressed a solid interest in capping the player his head was turned. 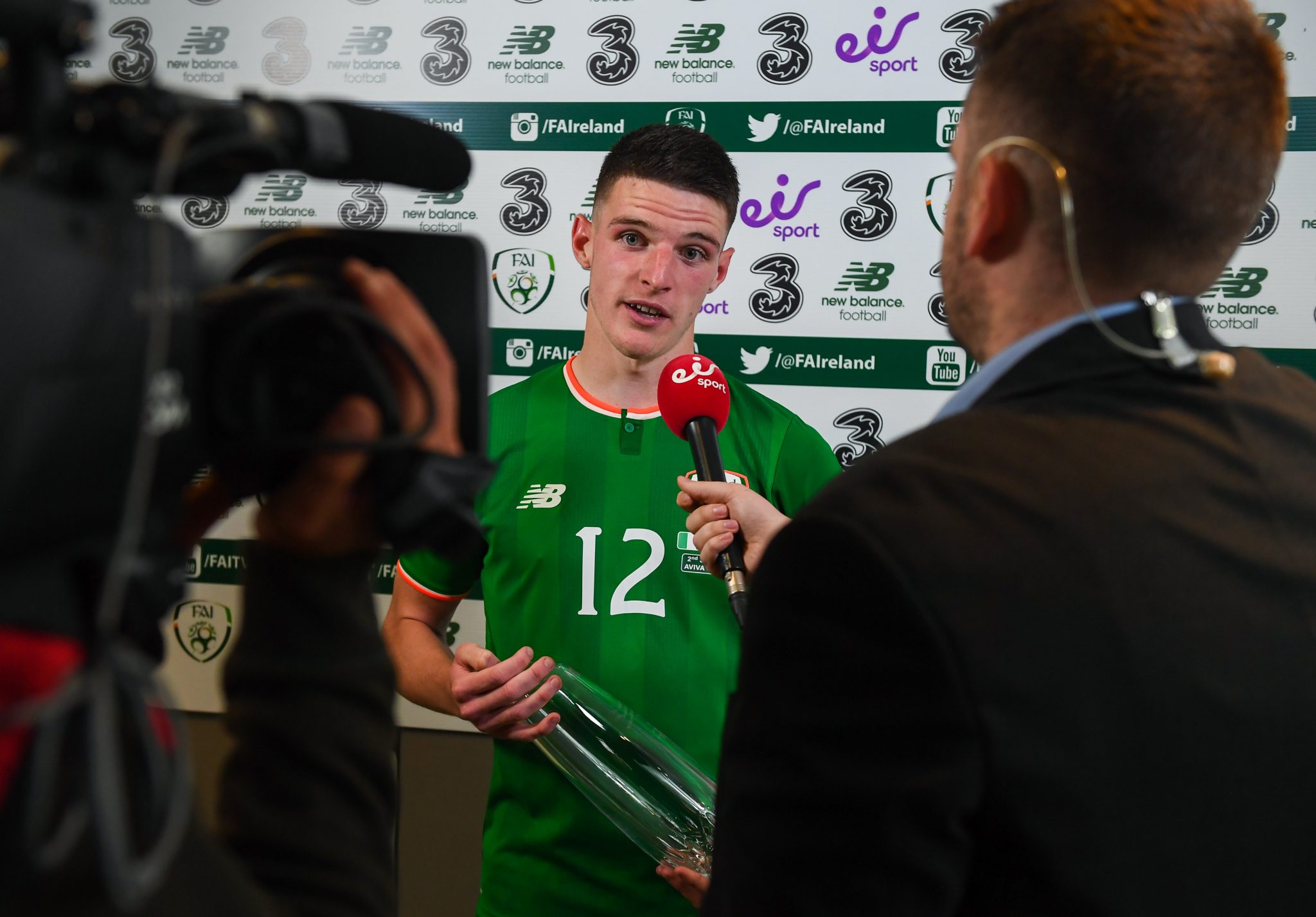 As none of Rice's three Irish outings were in competitive matches, FIFA allowed his transfer of papers and he pledged himself to England.

Rice's three caps were won when Martin O'Neill was Ireland boss. When McCarthy took over, he tried to convince Rice that a brighter international future, and potential captaincy, lay with Ireland. Ultimately, it was all in vain.

McCarthy has spoken about the Rice issue in the past, and admitted there were two phone calls needed before both he and the player left it on better terms. Speaking to Gary Neville on Sky Sports, the former Ireland boss was even more forthcoming with his thoughts on the Declan Rice saga.

"How it went down?" he began. "It went down like a lead balloon, because he had played three games... and I think he kissed the jersey.

"But I’m now, you know, players have a choice, Gary, for which [country) to play for now.

"There’s another discussion if you’ve played once, if it’s a friendly game, a full international, should that be you down as an Irish player, an English player, a Scottish player? Whatever it might be. I think it should, once you’ve played with the national team.

"But if you’ve got a choice, which he had, he played his games, he got in the West Ham team, he started flying. I mean, I went to see him and his Dad. I have to be honest, I didn’t say it publicly at the time but I didn’t think he was going to come with us. I think he was erring on the side of playing with England."

"How it went down? It went down like a lead balloon!" 🎈

Mick McCarthy offers an insight as to how Declan Rice's decision to represent England was received in Ireland...☘

END_OF_DOCUMENT_TOKEN_TO_BE_REPLACED

McCarthy again touched on his two phone calls with Rice, the second being more conciliatory and better humoured than the "curt" response when the switch decision was confirmed.

"It's his choice," McCarthy concluded, "and he never played for me. It's just that I was so disappointed that we were losing such a good player."

15 months on and a lot of water has flowed under the bridge - Ireland are in the Euro 2021 playoff picture while England have qualified automatically. Still, seeing Rice thump the English chest when he once lined out in the green jersey will rankle some Irish supporters.

As McCarthy suggests, though, football authorities should look into closing the transfer loop-hole around players moving from one country to the other once they make their initial choice.