'The truth is that nothing surprises me at this stage...'

Lionel Messi, should anyone need reminding, is not a happy man.

After being refused his wish of a move away from Barcelona earlier in the summer, the multi-Ballon d'Or winner made it explicitly clear that he was far from content at having to stay at the Camp Nou for the remaining season of his contract. 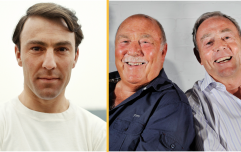 END_OF_DOCUMENT_TOKEN_TO_BE_REPLACED

The Argentine has made no secret of his annoyance at the way in which Barca are being run these days, launching a scathing attack on the club's current president, Josep Maria Bartomeu, as he confirmed he would reluctantly be staying put for the next 12 months.

Weeks on, any faint hopes that Messi's anger might have subsided ahead of a new LaLiga campaign have now been dashed following the departure of his close friend, Luis Suarez.

Despite reports claiming the move was on the brink of collapse, Suarez completed a transfer to Atletico Madrid earlier this week, bringing to a close his six-year stint as a Barca player.

The Uruguayan's departure has prompted a farewell Instagram post from Messi, which he used as an opportunity to take another swipe at Barca's board. For the most part, his message, posted on Friday morning, speaks of how much he will miss his friend. However, before signing off, there is a change of tone:

'You deserved a send off as one of the most important players in the club's history, not that they push you out as they have,' the message reads.

'But the truth is that nothing surprises me at this stage.'

END_OF_DOCUMENT_TOKEN_TO_BE_REPLACED

Messi was strongly linked with a transfer to Manchester City in the summer following Barca's humiliating exit from the Champions League at the hands of Bayern Munich. Should matters at the club not be resolved, a move to transfer could be resurrected in a year's time.

A Suarez-less Barcelona begin their league campaign on Sunday afternoon when they welcome Villarreal to the Camp Nou. Messi, despite his very public criticism of Batomeu, is expected to start for Ronald Koeman's side.


popular
Galway fans' frosty reception for Davy Fitz doesn't make any sense
The most Stone Age tackle you've ever seen gets South African lock straight red card
Former Antrim captain Anto Finnegan has passed away
'Brian was a genius... he would've killed you to even win a game of touch'
Ryan Manning hacked to the ground by Henri Lansbury in ruthless assault
"Johnno went, 'We’re not moving! You're trying to mess us about!'" - Ben Kay recalls red carpet controversy
Wallabies star bounces off Duane Vermeulen like a brick wall, gets yellow-carded
You may also like
1 day ago
Pep Guardiola's defence of his tone deaf comments is a bizarre hill to die on
1 day ago
Gareth Southgate says England team set-up urgently needs more women involved
2 days ago
Man City fans hit out at Pep Guardiola after attendance appeal
2 days ago
France down drop as FIFA world rankings are updated
2 days ago
Chris Sutton and Neil Lennon denied access to Rangers game over security fears
2 days ago
Michael Owen claims PSG are a weaker team because of Lionel Messi
Next Page