Newcastle came to Old Trafford, they set up their packed stall, and Ole Gunnar Solskjaer found a way through it, with the help of Mason Greenwood.

A trip to Burnley on Saturday poses a very big problem - one you would've assumed they'd crumble before until they dismantled Newcastle - but they have their teenager, they have Rashford and they have Martial capable of putting games to bed with few chances.

It's another class festive set of fixtures this weekend to enjoy.

The fixtures for this weekend are below so we'll give you some help.

END_OF_DOCUMENT_TOKEN_TO_BE_REPLACED

Losing to Everton has copper-fastened the unpredictable nature of Sean Dyche's side. They'll raise their game on Saturday evening with United coming to town but, although Solskjaer has been struggling of late with the like of Villa and Everton and Watford, they have enough firepower to get them through this.

Pogba is back to full fitness, Greenwood is scoring for fun and Martial and Rashford are producing the hit rate their talent commands.

United, dare say it, are in the groove.

Chelsea are still fourth despite losing three of their last five games. Arsenal are under new stewardship and Mikel Arteta has his first game at home on Sunday and it's only a London derby.

Chelsea have dropped some unexpected points at home but have produced some cracking results on the road, last time out beating Spurs convincingly. 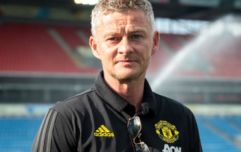 END_OF_DOCUMENT_TOKEN_TO_BE_REPLACED

There's no stopping Liverpool. What's the point in even pretending like there's any way of doing that?