Nottingham Forest manager Martin O'Neill has warned his players about trying to fine assistant manager Roy Keane after he was booked during the club's 2-0 loss to Stoke City on Saturday.

Oghenekaro Etebo and Benik Afobe scored either side of half-time to give the Potters a vital win while Forest suffered just their third defeat under Martin O'Neill.

O'Neill said that he will be introducing a new code of conduct at Forest but he also wished his players good luck if they attempt to fine Keane for his yellow card against Stoke. 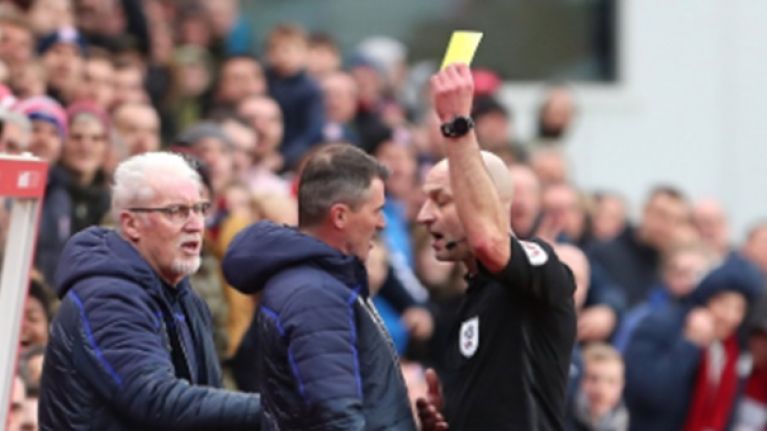 “We have a new code of conduct coming in now, for us, internally. It is something we look at. So if the players want to fine Roy, good luck to them...

“First of all I will need to find out what it was. I myself had an occasional run-in with a particular linesman down here. We had a total disagreement at what constituted a foul. I am not exactly sure what Roy’s situation was. But I do know about my own situation."

END_OF_DOCUMENT_TOKEN_TO_BE_REPLACED

O'Neill admitted that Keane could be difficult to handle at times with his public falling out with both Jon Walters and Harry Arter in Ireland camp serving as high profile examples of his volatile nature but that his temperament is ultimately what makes him special according to O'Neill.