Republic of Ireland manager Martin O'Neill has said that he would be open to calling on promising Tottenham forward Troy Parrottt.

Parrott took a major step forward in his burgeoning career last month when he signed his first professional contract with Spurs after impressing with the club's underage sides.

The 16-year-old starred for Ireland at the UEFA European Under-17 Championship in May and scored three goals in four games for his country before Colin O'Brien's side were cruelly dumped from the tournament's quarter-final stages after a 5-4 penalty shootout loss against the Netherlands in Chesterfield.

The Dubliner has been touted as one of the city's best prospects in sometime and O'Neill revealed that he's already on the radar for the senior team.

"Pat Jennings [O'Neill's former Northern Ireland team-mate] was telling me Troy does come up occasionally and train with the first team and they've all been pretty impressed with his attitude," O'Neill told RTÉ Sport's Tony O'Donoghue.

"If someone 16, 17, 18 years of age, who you feel is absolutely ready and is good enough and if you're choices are limited, and he's making great progress, I would see no problem in [calling him up].

"I just think there is a little time for development and I don't think, unless it's a League Cup game, that Troy will be involved with Tottenham at senior level for the foreseeable future.

"If you're to listen to Pat, he's really well thought of. It's great to see. I wouldn't be averse to [taking a punt on Parrott]. He might just need a wee bit more honing at this moment." 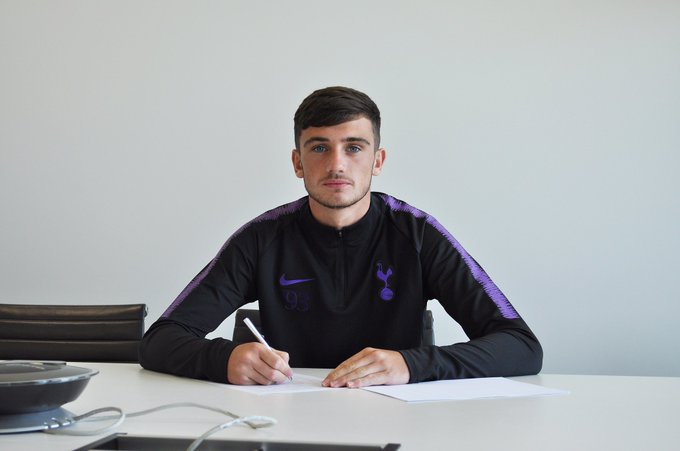 "But you just don't know in football what can happen but in my opinion he is probably the best prospect around for a number of years. I'd say since Robbie Keane perhaps.

"It's hard to say. I wouldn't like to put him up too high on a pedestal because sometimes it doesn't work out. They can be affected by it and anything can happen. There's injury, expectation, but we'd be quietly confident that he'll succeed."


popular
The SportsJOE 12 o'clock quiz | Day 113
"Never back against the Irish" - How the BBC covered our USA 94 win over Italy
Jack Charlton's role in getting Roy Keane to Manchester United has been revealed
Roy Keane on the experience of being managed by Jack Charlton at USA 94
QUIZ: Can you name the first professional teams of these footballers?
Can you name every English football league club that begins with 'S'?
Max Holloway's class gesture after controversial UFC 251 loss transcends the sport
You may also like
1 day ago
How an uncultured Englishman conquered Ireland's sporting heart
1 day ago
The SportsJOE 12 o'clock quiz | Jack Charlton special (Day 112)
1 day ago
Growing up in the shadow of Jack Charlton's Ireland
4 days ago
'ROG was the kingpin... he just wanted to win, win, win' - Barry Murphy
4 days ago
"It's too experimental" - Kenny's team for Slovakia showdown begins to take shape
5 days ago
'I went from playing in front of 74,000 to having families cooking hot-dogs beside the pitch' - Shane Williams
Next Page