"I think it's asking a lot for him to be the answer to our goalscoring problems."

Martin O'Neill has confirmed that Michael Obafemi will travel with the Republic of Ireland squad for the game against Denmark on Monday.

Ahead of the friendly with Northern Ireland, O'Neill cast doubt over Obafemi's international future.

He said that the Southampton forward, who is eligible to play for Ireland, England and Nigeria, was in no rush to make a decision. 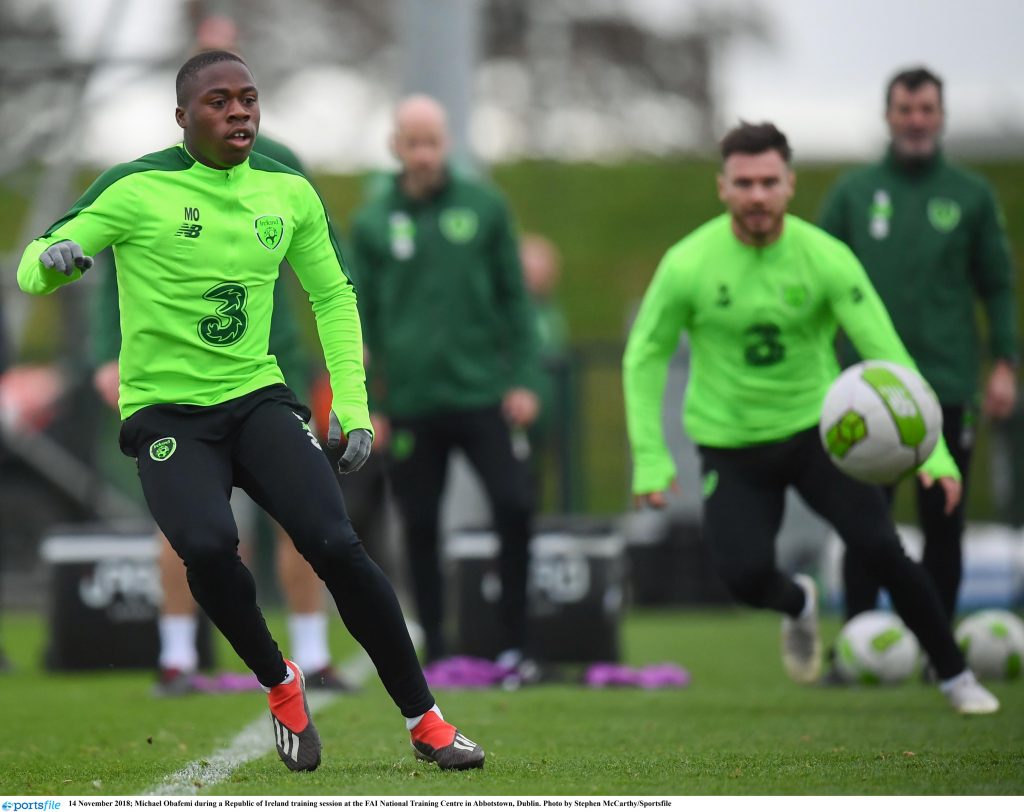 END_OF_DOCUMENT_TOKEN_TO_BE_REPLACED

"In terms of decisions, for tying down, I think that's a bit of a distance off," O'Neill said on Wednesday.

Then, a day later, Obafemi stated his commitment to Ireland in emphatic fashion.

Firstly, his agent released a statement confirming that the 18-year-old wants to play for Ireland. Obafemi made a statement of his own on social media later in the day.

O'Neill spoke about Obafemi following the goalless draw with Northern Ireland on Thursday night, confirming that the player will travel with the squad to Denmark. 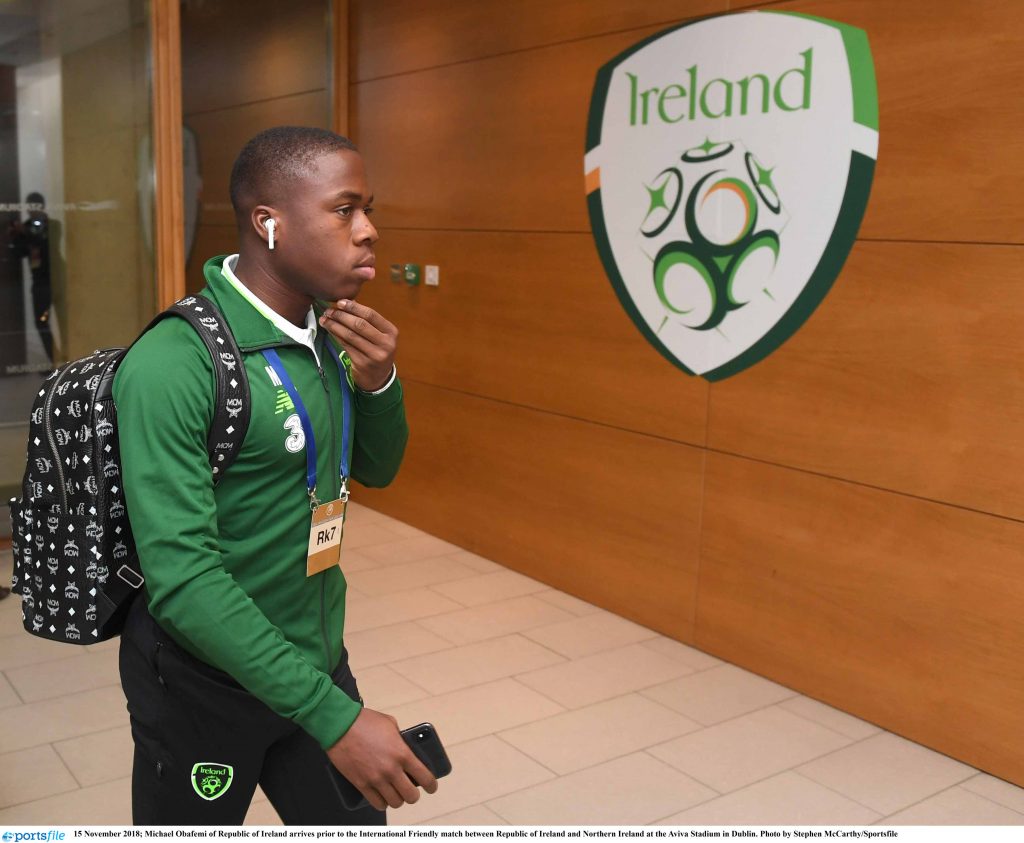 "I think he should come to Denmark now that he's made that commitment," O’Neill told reporters following the friendly match with Northern Ireland.

"I said at the start of the week if he did make a commitment to us, I probably would take him (to Denmark). If he hadn't made that commitment, there was really no point.

"Michael said to me, first of all, it was the way he was treated at underage level by us.

"And obviously, coming into the senior squad, he was really well received by the senior players and the staff. I think that's a big part in his decision. 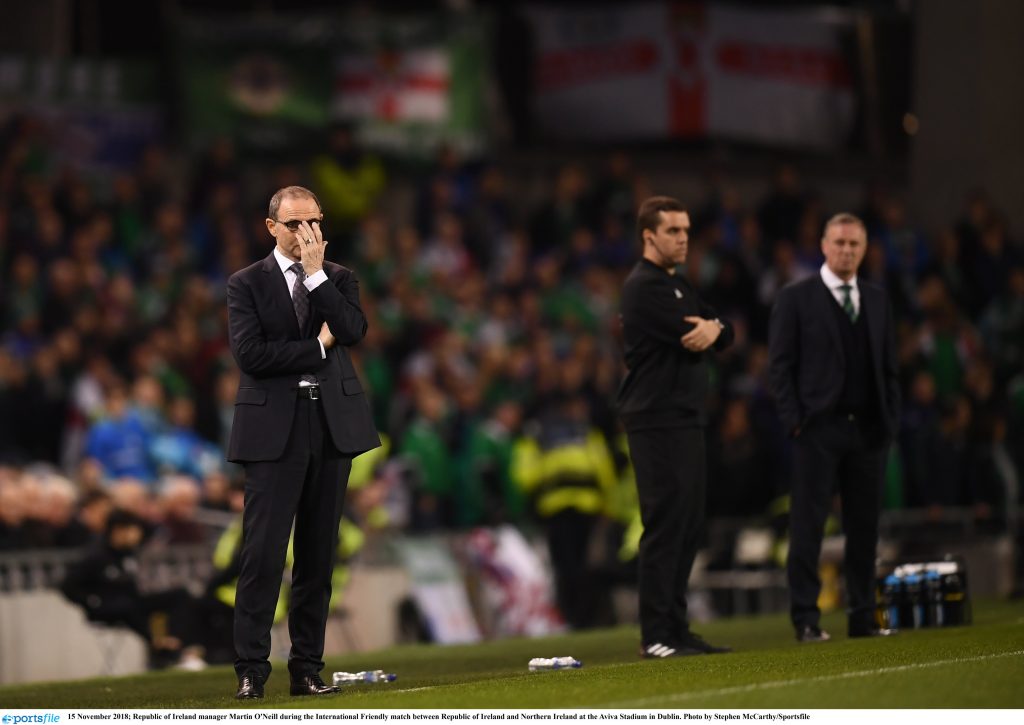 Obafemi received no playing time in the friendly against Northern Ireland. And it doesn't sound like he will be a regular in the near future, judging by O'Neill's comments.

"He's certainly got promise about him," the Ireland manager said.

"He's obviously got work to do. He’s only been in and around the Southampton first team a couple of times.

"Maybe, in the not-too-distant future, he could be a proper player for us. But I think it’s asking a lot for him to be the answer to our goalscoring problems."

Terrible game, but Northern Ireland showed the difference a coach makes to a team.

ROI were a mess again. It's almost as if they only found out the starting line-up an hour before the match.#IRLNIR https://t.co/5OBnP9APb9

Even if Obafemi was a seasoned striker with several years of Premier League experience, he arguably wouldn't be the answer to Ireland's goalscoring problems - because the team don't create any goalscoring opportunities.

They played out a dour goalless draw with Northern Ireland on Thursday night and were fortunate to escape without suffering another damaging defeat.

"Northern Ireland have players from Oxford United and Burton Albion. But they have an excellent coach" | @RobRedmond10 https://t.co/0cwGWfGIhu

The North were the better team. They dominated possession and had more efforts on goal.

If they had been more clinical with their chances, or if Darren Randolph wasn't there to save the hosts, then they would have comfortably won this game.

Ireland have now won just three of their last 17 matches.


popular
Patrice Evra 'likes' photo of Luis Suarez in tears after World Cup exit
QUIZ: Can you identify the World Cup 2018 team from the crest?
World Cup 2022 Day 13: All the major action and talking points
Skills, scowls and scores - Luis Suarez rolls back the years against Ghana
Shay Given on how far Ireland could've gone at the 2002 World Cup with Roy Keane in the team
From Ireland to Argentina: Alexis Mac Allister's Irish roots explained
The SportsJOE Friday Pub quiz: Week 3
You may also like
3 weeks ago
"I race over to stop him from falling off his chair" - Delaney's shock when he heard O'Neill wanted Keane
3 weeks ago
"I was called ‘the Northerner'" - Martin O'Neill opens up on his time as Ireland manager
3 weeks ago
James McClean gets straight on to Graeme Souness after being told 'to get on with it'
1 month ago
Stephen Ireland explains why his Ireland career ended after only six caps
1 month ago
Stephen Kenny responds to Brian Kerr's criticism of his performance as Ireland manager
1 month ago
"Nobody could touch him that day" - When Roy Keane reigned in Spain
Next Page