Martin Odegaard (remember him?) is back!

Well, no hard feelings if you don't.

Take a moment to cast your minds back to January 2015 when a 16-year old Odegaard officially switched to the Spanish capital from Strømsgodset. Real Madrid unveiled their 'mirakelgutt' - AKA wonderboy - on Thursday, 22nd of January after fending off fierce interest from the likes of Bayern Munich, Arsenal, Barcelona, Liverpool, Manchester United and City.

In total, over 30 clubs chased after this kid and yet he chose Real Madrid. Why? 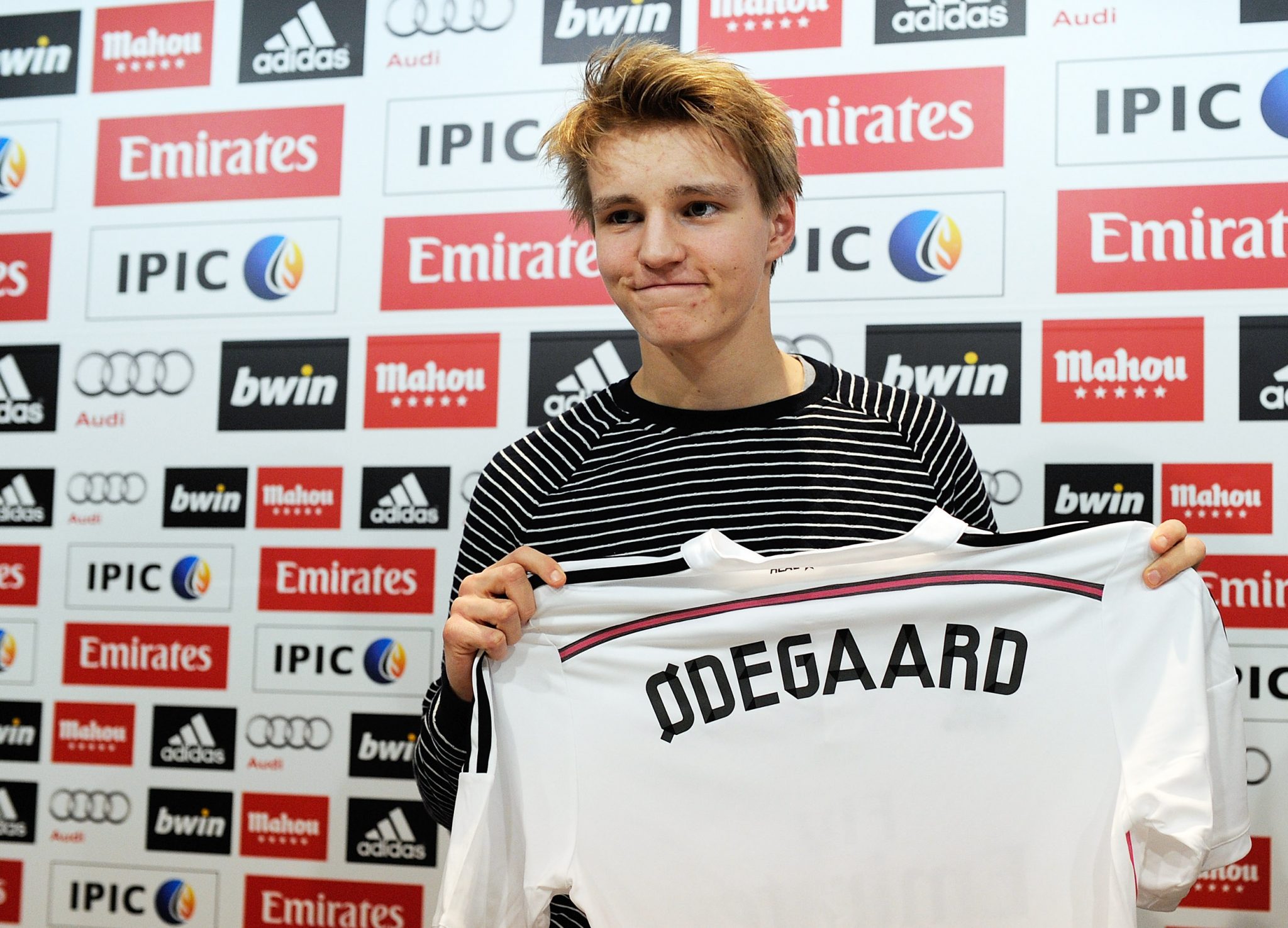 Funnily enough, the young Norwegian's heart tugged for Liverpool growing up, but he and his father decided on joining Los Vikingos, where he felt that training alongside bonafide superstars [insert Cristiano Ronaldo here] would boost his progress and aid him in his path to fulfilling his potential.

And, so, the move was made for what seemed like could be a modest fee of €4m.

The term 'wonderkid' is so badly abused in today's game but back in 2015, Odegaard was almost certainly the most famous 16-year footballer on the planet. And yet, four years later, he's flown completely under the radar to the point where some people are labelling him as a Real Madrid 'flop'. Mind you, he's still only 20 years old, yes, only 20. There's plenty of football yet in those legs to carry him onto a successful career.

But let's back up to 2015 again, specifically to the 23rd of May. Carlo Ancelotti's Real Madrid are leading 5-3 against Getafe courtesy of a hat-trick from a certain number 7 who needs no naming - no further naming at least. Then, Don Carlo signals to the bench. Odegaard warms up, dons the shirt and patiently waits on the touchline for his big reveal to the Santiago Bernabéu crowd.

In the 58th minute, the fourth official holds up his board - the Number 7 off for Number 41. A symbolic changing of the guard if you will, the baton being passed from a legend to a potential future one. Odegaard went on to play 32 minutes in the game as Madrid ran out 7-3 winners in the end.

END_OF_DOCUMENT_TOKEN_TO_BE_REPLACED

And they all lived happily ever. Yes? Wrong. To date, Odegaard has the sum total of two competitive appearances for his parent club.

After two years in Real Madrid's Castilla, he was shipped off on a two-year loan to Heerenveen, a mid-table club in the Dutch Eredevisie. Once more, the question loomed - why? Well, the short answer is that despite a fair showing for Madrid's B team including finishing as joint top assist-maker in the 2014/15 season, the path to the first team was virtually non-existent. And so his parent club decided that he needed unhindered competitive minutes to develop. 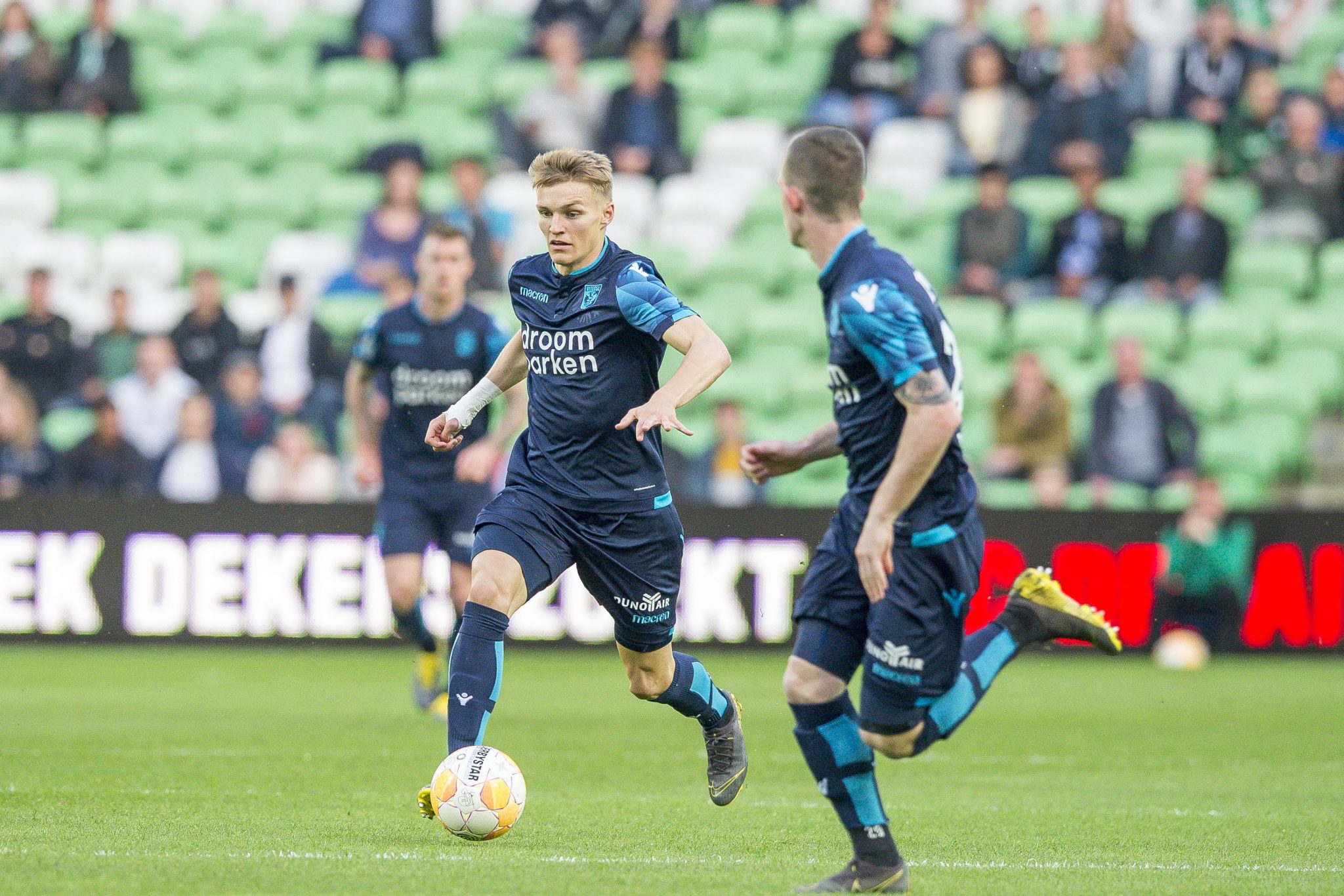 Two years later and with 40 appearances notched under his belt, the same man has managed three goals and four assists. A decent showing, sure, but is it going to get him to Real Madrid level?

The summer of 2018 arrives, previous coach Zinedine Zidane has vacated the nest with former Spain coach Julen Lopetegui roped in to steer the Los Blancos ship. It's preseason and Odegaard returns from his loan spell to train with the first team and participate in pre-season friendlies. At the end of it all though, Odegaard finds himself shipped out on yet another year long loan deal to the Eredevisie, except this time, donning the colours of Vitesse, a top-six side.

By this point, it would be fair to say that most Madridistas would've forgotten about the young Norwegian and his spell at Heerenveen did little change that. But Vitesse would turn out to be an important turning point, a sound foundation on which Martin could splash colours of brilliance from his palette of talent.

By the end of of 2018-19 season, Real Madrid finished a tragic 19 points behind winners Barcelona and Odegaard? Well, he finished the season with nine goals and 12 assists in 35 matches.

Here's the quick (astonishing) numbers of his campaign last season:

Just for context, that last figure was more than the 2.7 key passes a certain Mr Messi managed over the same season and was only marginally behind top-five league leader James Rodriguez with 4 per game.

10 - Martin Ødegaard became the second @MijnVitesse player with 10 assists in an Eredivisie season this century, after Milot Rashica in 2016-17. Generous.

And so in summer of 2019, perhaps for the first time in his career, Odegaard arrived at Madrid's pre-season training with a better name and aura, one suitable of the club. Surely now then, after three years, this would be his moment to seize a permanent spot in the squad. Wrong.

With Zidane having returned in spring 2019 to oversee his beloved club for a second tenure, plenty of players saw the exit door, especially in midfield. Marcos Llorente, Dani Ceballos, Oscar Rodriguez, Mateo Kovacic and you guessed it Martin Odegaard all departed in loans or permanent deals.

Don't feel too bad for the lad though as this time, he landed a gig at one of La Liga's most exciting sides Real Sociedad who under coach Imanol Alguacil have an impressive project under construction.

Odegaard himself admitted in the summer that it wasn't the right time to return to Madrid saying:

"At the end of last season I felt it wouldn't be good for me to go back to Madrid. For young players, and for me in this moment, it's very important to have playing time."

"My objective is still to play for Real Madrid. That's why I signed for them, I want to play there one day." 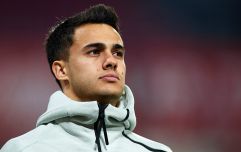 END_OF_DOCUMENT_TOKEN_TO_BE_REPLACED

If you think that day is far off or never slotted in to arrive, think again. In just five appearances for Real Sociedad, he's managed two goals, 2.2 key passes and a monstrous 3.2 dribbles. Oh, and he's bagged a goal against Atletico Madrid too? Sociedad are sitting pretty with 10 points in fourth place, just a point off leaders Athletic Bilbao.

1 - Martin Ødegaard in the game against Atlético de Madrid:

In just a few weeks Martin has already established himself as a key player for the team demonstrating his intelligence and ability to think several moves ahead. In fact, the Sociedad staff were impressed with his discipline, fitness levels and his gem of a left foot after just one training session with the club.

Early days yet but Odegaard might be playing himself into Real Madrid’s first team for next year pic.twitter.com/fquwxzmbAB

Real Madrid might very well be regretting their decision to let their starlet leave having certainly observed his exploits for their Liga rivals but there can be little doubt that the Norwegian is destined to ply his trade at the Spanish capital sooner rather than later. Perhaps even next summer? Luka Modric will be 35 next September and is already in decline. Madrid's confidence in him was evidenced by the contract extension offered him this year, keeping him at the club till 2023.

Does Odegaard ever get tired? Seriously think FIFA should make it so that his turbo never ends.

Looking back, while his original vision involved progressing towards his potential at RM surrounded and aided by superstars. The fact of the matter is this; he did progress, he did grow but without them. In short, remember this name, I have little doubt that in five years time, fans and pundits alike will be speaking of this man as a pillar of Madrid's midfield and attack.

You may also like
4 months ago
"It's in the club's hands and they make things very difficult to be honest"
1 year ago
Move over Sergio Ramos, there's a new shithouse in town
1 year ago
Let's talk about Cristiano Ronaldo's ongoing decline
1 year ago
Postponing El Clasico shows two fingers to democracy
5 days ago
Arsenal fans unhappy as Mustafi bids farewell to "unselfish" Mesut Ozil
5 days ago
Could it be time for Liverpool to cash in on Mo Salah?
Next Page