Marcelo Bielsa has already rejected the chance to leave Leeds

Marcelo Bielsa's barnstorming start to life at Leeds United has already seen him rewarded with the offer of a high-profile job.

Leeds have enjoyed an unbeaten start to the season, with four wins from five games under Bielsa, and supporters are clearly enamoured with the charismatic Argentine.

Bielsa's brand of attacking football has made him a very popular figure at Elland Road, with Leeds scoring 13 goals already this season. If he carries on like this, Bielsa will end up becoming a cult figure at the club and he's clearly dedicated to Leeds' promotion push.

A Fox Sports report states that Bielsa has been approached by the Mexico Football Federation to replace Juan Carlos Osorio but the 63-year-old firmly rejected the advances because he didn't want to disrespect Leeds. 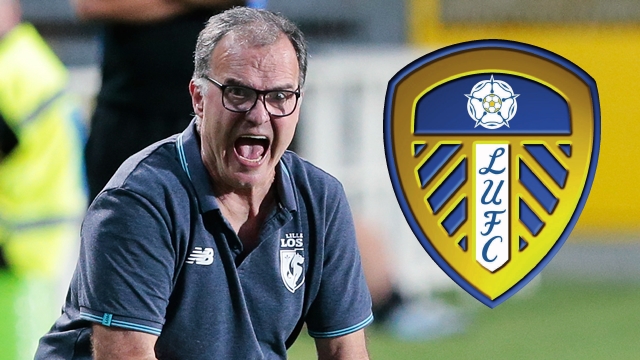 The Bielsalution is well and truly underway. They might not quite be the team of two decades ago...

Despite Mexico's interest in Bielsa, who impressed during spells in charge of Argentina and Chile, he is committed to his project at Elland Road and clearly has no intention to leave any time soon

And while he will be thrilled with how his new players have soaked up his philosophy, Bielsa knows that it's far too early in the season to talk about promotion.

"What is more important to me is being able to repeat this type of performance," he said last week.

"To be enthusiastic, you need more time than just two games. If you see the rankings after 23 games or after 46 games, you will see differences that invite you to think that any premature analysis is not good.

"What happened in the games so far don't mark anything definite. It's too early to draw conclusions. In each game we will have to prove ourselves again. This is a competition where you have to show regularity. It's important to bear this in mind.

"I always think about the continuity of a performance. This is the most important thing. In any competition you have ups and you have downs."


popular
The SportsJOE 12 o'clock quiz | Day 108
Na Piarsaigh's coaching set-up a juvenile's dream
QUIZ: Name the country these football teams play in
QUIZ: Can you name all of these 1990s GAA stars?
QUIZ: Name every player that's scored three or more Premier League hat-tricks
The SportsJOE 12 o'clock quiz | Day 107
SportsJOE 2000s Football Quiz | Round 9
You may also like
11 months ago
10 under the radar transfers you might have missed this summer
1 year ago
Norwich City fans living it up with cheaper tickets on the way
1 year ago
Jack Grealish cut his head open during trophy lift
1 year ago
Why Jack Grealish's decided to play in pair a of worn out boots
1 year ago
Dean Smith opens up on his father's illness in post-match interview
1 year ago
Paul McGrath full of praise for that man Richard Keogh
Next Page