You'd have thought that Manuel Neuer was one of a kind.

Never has a goalkeeper fallen so in love with the sweeper keeper role than the Bayern Munich stopper and he often uses his feet more than defenders.

But the German isn't taking credit for that style of goalkeeping and he's pointed to Ajax and Manchester United legend Edwin van der Sar as the main inspiration for his exciting style. 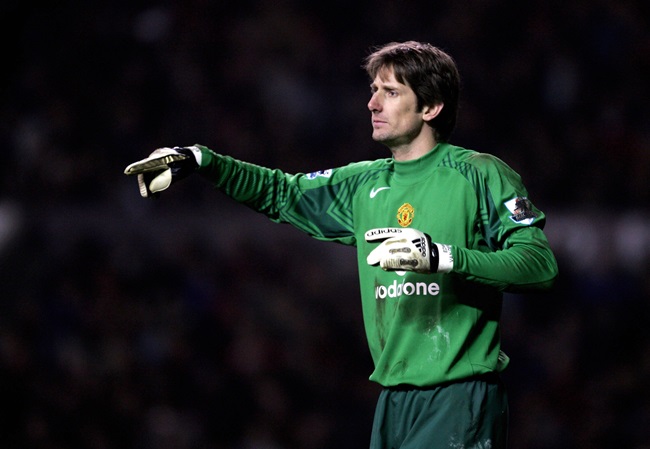 "I do not think I was the main protagonist. One of the very first to have brought a new perspective was Edwin Van der Sar, who played a lot with his feet and allowed the position to enter a new phase. I was inspired by his style of play. I enjoyed the philosophy of Ajax – either watching videos or following their matches."


popular
The SportsJOE 12 o'clock quiz | Day 113
"Never back against the Irish" - How the BBC covered our USA 94 win over Italy
Jack Charlton's role in getting Roy Keane to Manchester United has been revealed
Roy Keane on the experience of being managed by Jack Charlton at USA 94
QUIZ: Can you name the first professional teams of these footballers?
Can you name every English football league club that begins with 'S'?
Max Holloway's class gesture after controversial UFC 251 loss transcends the sport
You may also like
1 year ago
Bayern Munich, in their kindness, are letting Mats Hummels go back to Dortmund
1 year ago
Leicester City installed as favourites to sign Arjen Robben
1 year ago
Rio Ferdinand has perfect answer to question about Virgil Van Dijk
1 year ago
Bayern Munich charged over shirt worn in 3-1 Liverpool defeat
1 year ago
Player ratings as Liverpool record comfortable victory over Bayern Munich
1 year ago
Liverpool fan shows basic misunderstanding of away goals rule in radio call
Next Page