Jose Mourinho going for experience over potential? We never thought we would see the day.

The former Chelsea boss is settling in nicely at Manchester United. He received a rousing Old Trafford welcome at Soccer Aid, made his first signing in Eric Bailly and landed this sweet United pencil case [below] all in his first week in the job.

Mourinho is still plotting away for United's pre-season, which takes place in July, and he hopes to have another couple of signings completed by then.

One of them could be Swedish striker Zlatan Ibrahimovic but Mourinho is determined to do what neither David Moyes or Louis van Gaal could - give United goalkeeper David De Gea adequate protection.

Bailly has been signed from Villarreal but Mourinho is not finished with the United defence. Daley Blind's days in the back four look numbered and the same could soon be said for Matteo Darmian.

The 26-year-old, signed last summer from Torino, started brightly with United but injuries and poor form saw his season peter out. Italian outlet Tutto Sport claim Darmian is a serious target for Juventus. United are said to be willing to part ways with the fullback but want something in return. 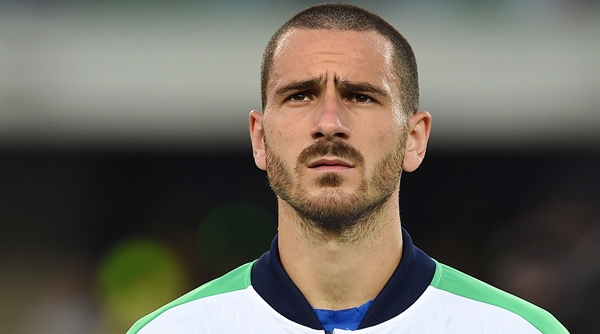 END_OF_DOCUMENT_TOKEN_TO_BE_REPLACED

According to Manchester Evening News, Mourinho would love to get in Juve's experienced centre back Leonardo Bonucci. The Italian international was in the youth set-up when Mourinho was at Inter Milan but only picked up one senior cap.

He moved to Juventus in 2010 and has racked up 198 senior appearances, as well as five league titles, three Italian Cup titles and two Super Cups. He has been capped 57 times by Italy.

Tutto Sport believe both clubs could be open to a swap deal. It would benefit both sides but may well leave the door open to further criticism that Mourinho is a short-termist and not interested in developing younger players.


popular
Six minutes was all Alan Connolly needed to score two goals and set up another
Sensational scenes in Belfast as Antrim edge out Clare in a thriller
'Jesus Christ! How am I going to put up with this lad for nine weeks?!'
Gatland comments give insight as to why CJ Stander missed Lions call
Peter Queally vaults into Bellator title picture with stunning win over Pitbull
The Garry Ringrose narrative around the Lions Tour is complete bull
South African media shocked by Lions omissions of Sexton and Ryan
You may also like
5 days ago
Jamie Carragher hits out at 'lazy punditry' after Man United protest
1 week ago
"Jack Grealish would be brilliant for Man United... he has to be selfish" - Roy Keane
1 week ago
Roy Keane makes Jamie Carragher remark as fans break into Old Trafford
2 weeks ago
Solskjaer chats with protesting United fans who broke into club's training ground
2 weeks ago
Joel Glazer tried to talk Ed Woodward out of quitting Manchester United
2 weeks ago
Joel Glazer's apology proves United fan's greatest criticism was right
Next Page