Gary Neville said last week that the Premier League title race will be between two teams next season.

Neville reckons in May 2018, either Manchester United or Manchester City will be champions.

"I said last season that the title would come to Manchester and I was wrong — but I think this year it will," Neville said.

"I think Chelsea will dip a little bit. Not in a negative way, but just having the Champions League will bring different challenges. I think Tottenham will be strong, but I feel that either United or City will win it, but I'm not sure who." 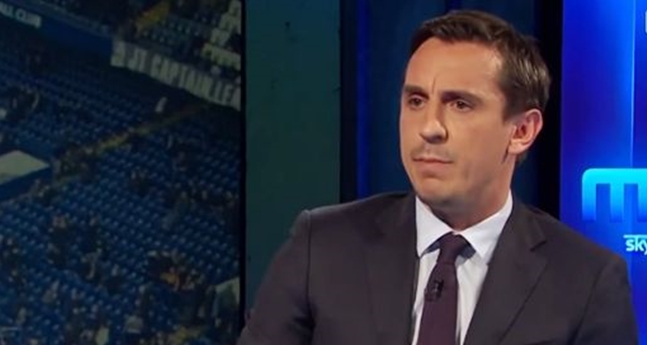 END_OF_DOCUMENT_TOKEN_TO_BE_REPLACED

Neville's prediction is probably based on both clubs' activity in the transfer window so far. United have signed Victor Lindelof and Romelu Lukaku, and have been strongly linked with moves for Nemanja Matic and Ivan Perisic.

While City have bought a new goalkeeper in Ederson, Kyle Walker and midfielder Bernardo Silva, with Danilo and Benjamin Mendy reportedly close to joining. Whatever about City mounting a genuine title challenge, it's difficult right now to see where Neville's optimism regarding United winning the league comes from.

Has that much changed since finishing sixth last season?

END_OF_DOCUMENT_TOKEN_TO_BE_REPLACED

Lukaku is more mobile than Zlatan, and he's arguably more prolific in front of goal. So maybe the Belgian striker will be the difference against so-called weaker teams at Old Trafford, and finish chances against the top six sides.

Lukaku is also clearly talented and a proven Premier League goalscorer. But, if you were to take his goals away from Everton last season, they would have finished in the exact same position, in seventh.

This could just be a quirky stat, but it could also show that Lukaku wasn't scoring decisive goals. This gives credence to claims that he can go missing in games. In the last three years, Lukaku has also only scored five times in 35 matches against the top six.

Lukaku hasn't reached his full potential yet, and will more than likely score more than 20 goals next season. But these figures suggest that United fans shouldn't expect miracles from the Belgian, or for him to carry the goalscoring burden alone. 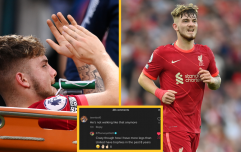 END_OF_DOCUMENT_TOKEN_TO_BE_REPLACED

United's other signing, so far, is Lindelof.

The Swedish defender is another promising player, and very likely an upgrade on both Phil Jones and Chris Smalling. Yet, United only conceded 29 goals last season, the second fewest in the league behind Tottenham Hotspur with 26. While Mourinho doesn't seem to rate either Jones or Smalling, United's defence was strong before Lindelof and will continue to be stingy with him in the side.

Perisic and Matic are two very good, functional players, and could end up at Old Trafford by the time the window closes. But, again, are these the players to bridge the significant gap between sixth and first? Because that's what Mourinho needs to do. He needs to turn the team into champions otherwise this is all for nothing. He certainly hasn't been appointed to entertain fans, or for his cheery demeanour or to continue the United tradition of playing attacking football with young players.

He's there to win, and is given free-reign to win his way. However, it could be argued that Mourinho's way isn't anywhere near as effective as it was, and therefore it doesn't really matter who he signs because they'll be playing within his limited framework.

United failed to turn a lot of draws into wins, and a goal in each of these tight games could have made a massive difference. But it could be argued this failure to finish teams off was down to Mourinho's approach, rather than United's forwards.

The United manager has a history of dropping points at home to teams below him in the table. In the 2013/14 season, when Chelsea finished third, Sunderland were the only other team to take more points from the top 10 teams than those in the bottom half.

Mourinho's sides aren't set up to break down the opposition or take the initiative. This might explain why he seems obsessed with signing players 6ft and over. He relies on set-pieces, and individual moments, to beat teams. Like, for example, the Europa League final. United willingly ceded possession to Ajax, and scored from a deflection and a corner.

Some called the performance pragmatic, but it really wasn't. If United were pragmatic on the night, they would have come out of their shell and expressed themselves when they were in control of the game against a talented, but ultimately lightweight and very young side

But United remained in their own half for the entire game, even when they were 2-0 up against a team who wouldn't have scored if the game was still being played now. Mourinho isn't pragmatic, he's dogmatic. It's no surprise that United were frustrated against sides who sat off them last season, and it won't be a surprise if it happens again next season.

The wider emphasis on transfers as the solution to teams' problems is also misguided.

Jermaine Jenas said last week that Spurs could miss out on the top four because they've failed to sign anyone and have sold Walker. Firstly, getting £53m for a right-back who lost his place in the final weeks of last season can only be viewed as a positive development. Secondly, Spurs haven't signed anyone because they haven't found someone who would improve their first-team. That's just common sense, not a cause for concern.

If Spurs can keep all of their players, and find someone to take Moussa Sissoko off their hands, they'll have had a good transfer window.

However, everything seems geared towards transfers as the answer to teams' problems. Neville said last week that the Premier League club who recruit best in the transfer market will have the best season. This seemingly overlooks the need for coaching, and building a team. Ultimately, this is more important than any signing a big team will make this summer.

So, no matter who United buy, they'll still play for draws away from home against their direct rivals and they'll still struggle to break down teams who allow them to have the ball.

Because, regardless of who United sign, they're still managed by Mourinho.


popular
Galway fans' frosty reception for Davy Fitz doesn't make any sense
The most Stone Age tackle you've ever seen gets South African lock straight red card
'Brian was a genius... he would've killed you to even win a game of touch'
"Johnno went, 'We’re not moving! You're trying to mess us about!'" - Ben Kay recalls red carpet controversy
Ryan Manning hacked to the ground by Henri Lansbury in ruthless assault
"Some of the generals wanted me executed" - Irish rugby legend on flag caper that went wrong
Final question of Ryder Cup press conference has Team USA in all sorts of trouble
You may also like
3 days ago
Rio Ferdinand criticises Jesse Lingard for 'big mistake'
4 days ago
Jesse Lingard drops Man United right in it with horrific back-pass
4 days ago
Paul Scholes says crucial difference can win Champions League for Man United
4 days ago
Jamie Carragher asked some pertinent questions about Ronaldo's United return
4 days ago
Man United stars' FIFA 22 ratings don't even attempt to make sense
5 days ago
Gary Neville and Jamie Carragher finally have the Ronaldo vs Messi debate
Next Page