"These are the same players that threw Mourinho under the bus and they will do exactly the same to Ole."

Roy Keane has offered some stinging criticism of the Manchester United squad.

Keane was a guest on Sky Sports coverage of the Manchester derby and wasted no time giving a damning assessment of his former team, who came into Wednesday's game following a 4-0 defeat to Everton.

The Irishman said that the United squad would throw Ole Gunnar Solskjaer "under the bus" just as they did to their former manager, Jose Mourinho. Keane said that the team contains "too many bluffers." 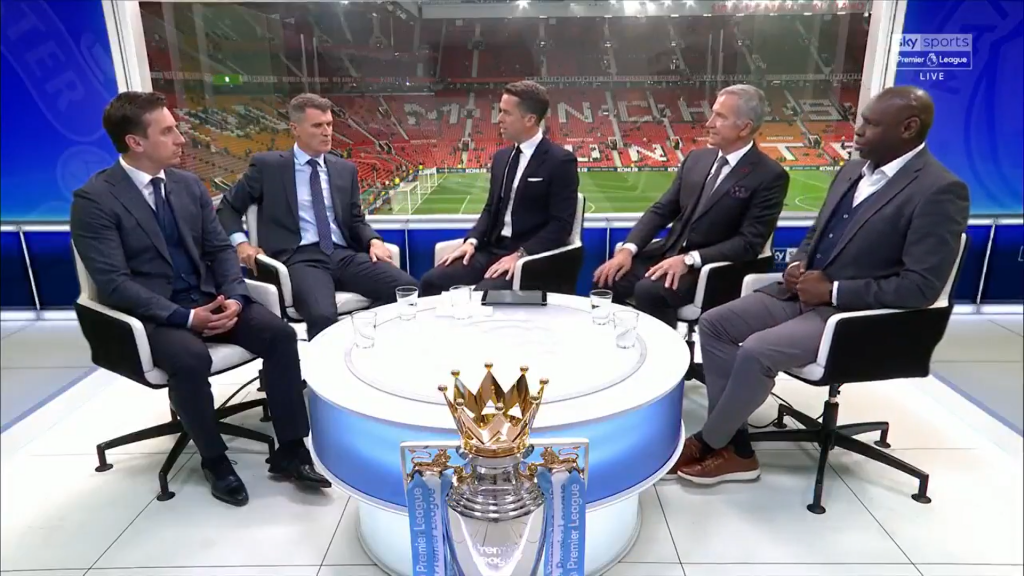 "I’m always intrigued by comments after games when they say ‘we’ll be up for the next game'," the former Man United captain said.

"I don’t fall for this carry on that they’ll be a brilliant reaction from this set of players. These are the same players that threw Mourinho under the bus and they will do exactly the same to Ole. Leopards don’t change their spots. There are too many bluffers at this club to get United back to the very top.

"Even the point that we’re chatting about Man United trying to finish fourth shows how the standards have changed both on and off the pitch."

"These are the players that threw Mourinho under the bus. They'll do the same to Ole. Leopards don't change their spots. There are too many bluffers at this club to get Man United back to the top." - Roy Keane.#MUNMCI #ManchesterDerbypic.twitter.com/S3VHVW54OS

A few minutes before that, Keane said that Solskjaer, if it was possible, would have made 11 changes to his team from the defeat to Everton.

"You can't change 11 players...though I'm sure he was tempted" - Roy getting in there early doors with a dig at Man United's players 👀#MUNMCI #ManchesterDerbypic.twitter.com/tquysre1vS


popular
The 14 Irish players Down Under as TG4 come up with the goods once again
Roy Keane's first impression of Cristiano Ronaldo proved to be very accurate
The SportsJOE 12 o'clock quiz | Day 290
Jurgen Klopp chases Sean Dyche down Anfield tunnel after half-time fracas
"I kind of decided on Hill 16, 'you're either going to do this or you're not going to do this.'"
Joe Rogan reveals he could be parting ways with the UFC
Fernando Torres has got absolutely jacked since retiring from football
You may also like
19 hours ago
Jurgen Klopp chases Sean Dyche down Anfield tunnel after half-time fracas
1 day ago
Paul Pogba corrects Liverpool dressing room story after latest match-winning turn
4 days ago
Could it be time for Liverpool to cash in on Mo Salah?
4 days ago
Redemption for Victor Lindelof gives United supporters another reason to believe
5 days ago
Mesut Özil all but confirms Arsenal exit with not so cryptic tweet
6 days ago
Alex Ferguson's dismissive comments confirm truth about Jordan Henderson
Next Page