A number of senior players also featured for United

Amad Diallo scored twice for a Manchester United XI in a behind-closed-doors friendly on Monday, just 24 hours after the Red Devils lost to Brighton and Hove Albion.

It had been initially reported that Ronaldo would feature in the friendly, against Halifax, but his 37 minutes off the bench, against Brighton, was deemed sufficient as the 37-year-old builds up his match fitness.

END_OF_DOCUMENT_TOKEN_TO_BE_REPLACED

The Portuguese international started on the bench for Erik ten Hag's side in United's Premier League opener. Brighton secured a 2-1 victory at Old Trafford thanks to a brace from Pascal Gross. Ronaldo was introduced in the 53rd minute - replacing midfielder Fred - but he was unable to have the desired impact, but he did receive praise from Ten Hag after the match. 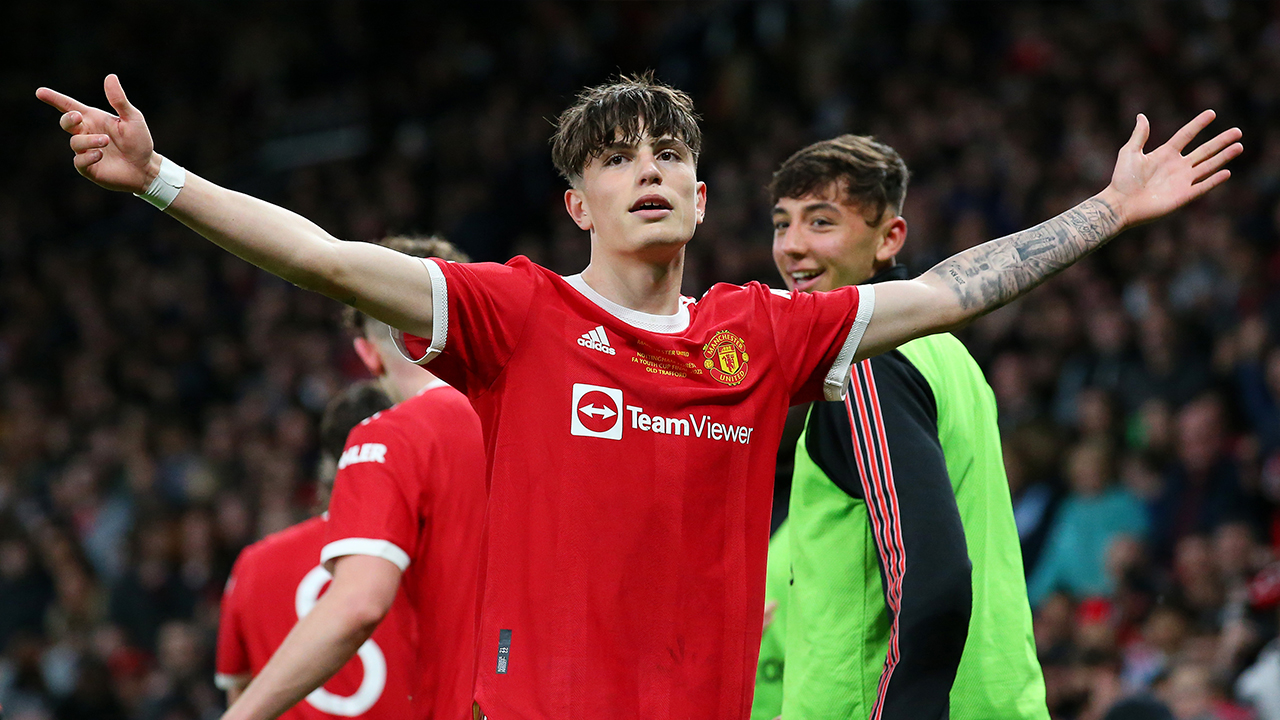 Alejandro Garnacho came on as a late sub against Brighton, then started against Halifax. (Credit: Getty)
Advertisement

END_OF_DOCUMENT_TOKEN_TO_BE_REPLACED

Manchester United took on National League side Halifax on Monday afternoon. The match was organised by United to give some much-needed minutes to those that did not play from the start at Old Trafford against the Seagulls.

It took place at the club's Carrington training HQ, with the Premier League club securing a 5-1 win over their non-league opponents.

United ran out 5-1 winners, with Amad Diallo scoring twice, and goals from Varane, Garner and Bailly. The club's next competitive match is away to Brentford on Saturday, with Liverpool to visit Old Trafford the following week.

Following the defeat to Brighton, there have been reports that United made a bid for Bologna forward Marko Arnautovic and have agreed a £15m fee with Juvebntus for midfielder Adrien Rabiot.

Micah Richards on going for dinner with old-school Roy Keane