For all the talk of Gareth Southgate's each and every decision being vindicated, it is still odd to think of him selecting right-back Kieran Trippier ahead of Luke Shaw for the Euro 2020 opener against Croatia.

The Manchester United defender got his chance against Scotland and was then scolded, by voices outside the England camp, for not bombing forward.

END_OF_DOCUMENT_TOKEN_TO_BE_REPLACED

Against the Czech Republic and Germany, he marauded forward and created chances. He ran overlaps. He came up with a big assist. All that and he locked down his side of the pitch, looking solid over on the left-hand side with club teammate Harry Maguire.

At the Stadio Olimpico - where José Mourinho will manage Roma in Serie A next season - Shaw went up another level and played a huge part in his side defeating Ukraine to reach the semi-final.

Mourinho was incredibly tough on the former Southampton left-back during his tenure at United, often accusing him of being unfit and not having the nous to be a top defender. Even when Shaw would play well under Mourinho, the Portuguese would take credit for personally guiding him through games from the sidelines. 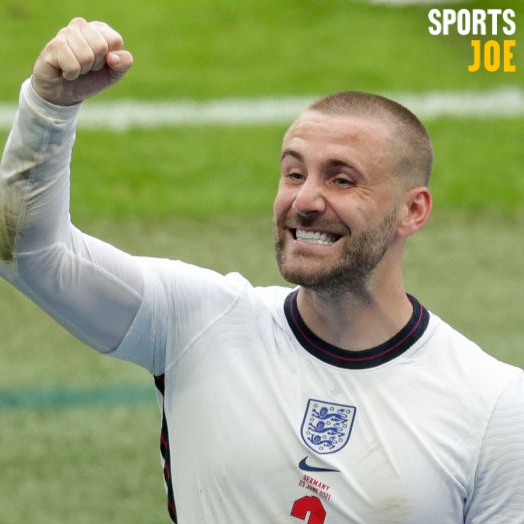 Luke Shaw has had a tournament to remember at Euro 2020. (Photo by Robin Jones/Getty Images)

END_OF_DOCUMENT_TOKEN_TO_BE_REPLACED

Shaw was out of the England picture for long stretches, under Gareth Southgate. Even when he started to put in consistently strong performances for United, the struggled to break back into the international picture.

Eventually, Southgate could no longer ignore him. Shaw had a fine season with United and came into Euro 2020 as the presumptive starting left-back. Again, Southgate took his time but ultimately made the right call.

Against Ukraine, while looking defensively solid again, he cropped up with big plays in big moments.

For two of England's goals - Harry Maguire's header and Harry Kane's second - Shaw's deliveries into the box were so good that scoring was made easy.

Shaw now has three assists at Euro 2020 [joint second] and is just one behind top creator Steven Zuber of Switzerland. He has created eight goal-scoring chances for England too - no other player in that star-studded squad has come close.

If you needed to know anything about what his teammates thought of Shaw, you only needed to look at their reaction when he was subbed off, after 63 minutes and with England 4-0 up.

Maguire, Kane, Raheem Sterling and Kalvin Phillips all approached him as he jogged off. Jordan Henderson showed a nice burst of pace to do likewise.

Mobbed by five of his teammates and the back slapped off him, he was finally delivering on the promise that so many saw in him, back in February 2014, when he made his senior England debut, at 18.

Mourinho is on punditry duty for this tournament, so it will be fascinating to see if he offers Shaw and crumbs of comfort.

If he does or doesn't, Shaw is winning the war right now.


popular
Ireland team to play Wales: Andy Farrell's XV, the big calls and bold cuts
Roy Keane reminds everyone of his feelings towards Newcastle United ahead of cup final against Man United
Ireland's self destructive mentality kills Croke Park fight for Katie Taylor
Everton release brutal 59-word statement to confirm Anthony Gordon departure
Even Roy Keane felt Michael Dawson went too far with his remark to Tom Heaton
True beauty of Fitzgibbon and Sigerson Cups lies in the hearts of weaker counties
Five confirmed changes and guidelines to have big impact on 2023 Six Nations
You may also like
4 months ago
Jose Mourinho and Louis Theroux star in Stormzy's video ‘masterpiece’
4 months ago
Anthony Martial claims Jose Mourinho cost him the World Cup and accuses Ole Gunnar Solskjaer of "treachery"
5 months ago
Maurizio Sarri explains 'big f***ing difference' between himself and Jose Mourinho
6 months ago
Jose Mourinho storms on to pitch in attempt to get Sunderland player sent off
7 months ago
Jose Mourinho under consideration to become new PSG manager
8 months ago
Jose Mourinho felt three current Man United players were "too soft" to play for the club
Next Page