Good to see Luke Shaw stepping up here, even if it means some competition arriving for his place in the Manchester United XI.

Football matches are won on the field of play. They are not won in conference calls, in shareholder meetings, during sponsorship discussions or in emerging markets - they are won by the footballers you've acquired against the opposition.

END_OF_DOCUMENT_TOKEN_TO_BE_REPLACED

Ed Woodward, however, doesn't seem to view football this way. He has the air of a man who believes that football is like business; it's a confidence game. Say the right things and you will be considered a success.

That's all well and good, at least until your team gets outclassed by Crystal Palace in their first game of the Premier League season. Manchester United lost 3-1 at home to Roy Hodgson's side on Saturday evening, in a game filled with bizarre officiating decisions, but one that even the most fervent and deluded would admit they didn't deserve to win.

It was clear prior to the match, and even more so after, that United need more players, and this was a sentiment echoed by defender Luke Shaw after the game.

Without naming Ed Woodward himself, the United left-back called on the club to strengthen the squad, proving that it is not merely the team's fans who are dissatisfied with the club's impotent approach to transfers.

“We have a very good group," said Shaw. "But personally I think we need more players to strengthen the squad. It can give us a boost.

“When you look around at how other teams are strengthening their teams, then we must also do it to keep up with the others.

“The pre-season we’ve had together is not the way it should have been. We’ve had a week all together.

“We haven’t been able to prepare in the way we wanted and that’s not an excuse, because we have the quality of players to be able to win games like this, but we weren’t up to it.” 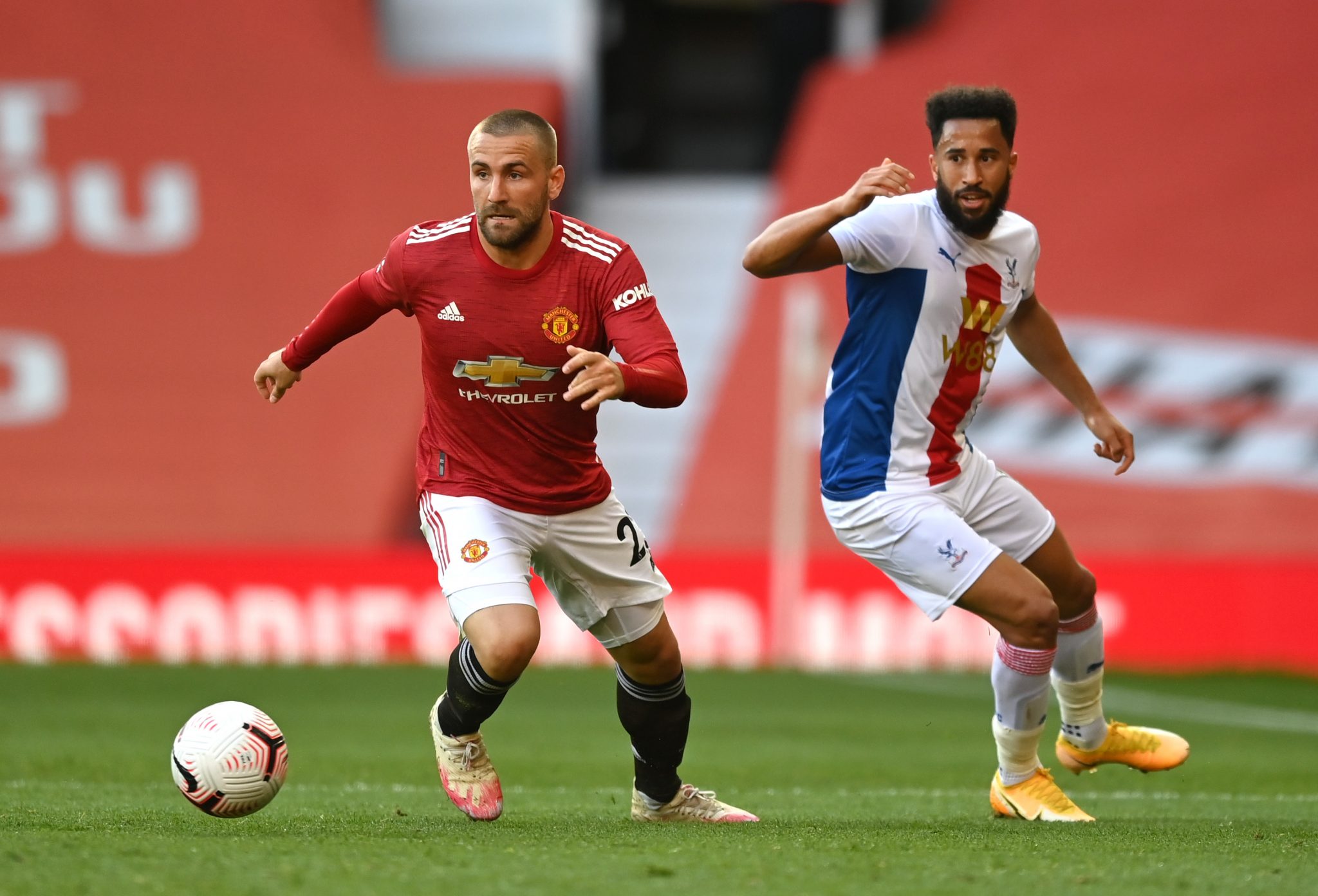 Earlier this week, Woodward spoke to United's official pre-match programme, United Review, in an interview in which he tried to explain the club's lack of transfer activity during the summer. In summation, United are victims of the coronavirus pandemic which has wreaked havoc over our lives this year.

“Disruption from the pandemic is continuing to create huge economic pressures from the top to the bottom of the football pyramid," he said.

"While we are fortunate to be in a more resilient position than most clubs, we are not immune from the impact.

"Despite this, we are delighted to have brought in Donny van de Beek from Ajax, adding further quality to a midfield already strengthened by the recruitment of Bruno Fernandes in January."

So yeah, at this point, it doesn't look promising for United fans.

But on the bright side, given how much we know about Woodward's business nous, there should be a brand new protective mask partner being announced any day now.


popular
Paul O'Donovan busts the cliches and leaves the mystery behind him in one more emphatic interview
Ireland's rowing heroes on what everyone was shouting as they beat Team GB to bronze
Next time someone doesn't cut you slack for commuting to training, show them Joe Canning's words
UFC legend brands Conor McGregor's antics a 'cry for help'
Warren Gatland with great response after being asked if he'll set up Twitter account
Donegal's Brendan Devenney responds to Jim McGuinness' claims about the game being "soft"
"Ah I suppose it's fine" - Paul O'Donovan and Fintan McCarthy are Olympic gold medallists
You may also like
2 weeks ago
Man United given permission to make approach for Raphael Varane
3 weeks ago
Man United could land Eduardo Camavinga at bargain price
3 weeks ago
Raphael Varane reaches "pre-agreement" with Manchester United
3 weeks ago
Man Utd won't pay over the odds for Raphael Varane after Sancho deal
1 month ago
Luke Shaw hits back at "obsessed" Jose Mourinho after latest criticism
1 month ago
Eduardo Camavinga's representatives 'to meet Man United next week'
Next Page