"F*** off Suarez!" rang out across Anfield and, still in shock after the game, the former Liverpool striker complied.

Luis Suarez was up to his old antics in the second leg of the Champions League semi final against Liverpool, on Tuesday, and many of his former, adoring fans let rip.

The Uruguayan is a scrapper and, even though he has lost some zip, kept the likes of Joel Matip and Virgil van Dijk honest. Everyone else in red, on the pitch and in the stands, he just wound up.

A battle well worth keeping an eye on 👀 pic.twitter.com/p42k35UY6x

END_OF_DOCUMENT_TOKEN_TO_BE_REPLACED

Suarez scored in the first leg, at the Nou Camp, but he squandered his best scoring chance in the second half at Anfield. He had an opportunity to score a crucial away goal but rushed his low drive and Alisson parried it away.

For the rest of the game, for those watching on TV, the only glimpses we got of the Barcelona forward was him staring forlornly into space as his team leaked three more goals to eventually lose 4-3 on aggregate.

Speaking to reporters after the game, Suarez was critical of his team's defending for the corner kick that led to Divock Origi's matchwinner.

"For their fourth goal we looked like schoolboys," he complained.

In fairness to the 32-year-old, he was one of the only Barca players alive to the threat of a quickly-taken corner. Perhaps it was his goalscoring instinct to read danger when he spotted Origi standing unmarked on the corner of the six-yard box. He jogged back towards the Belgian but got there too late to stop him from scoring. 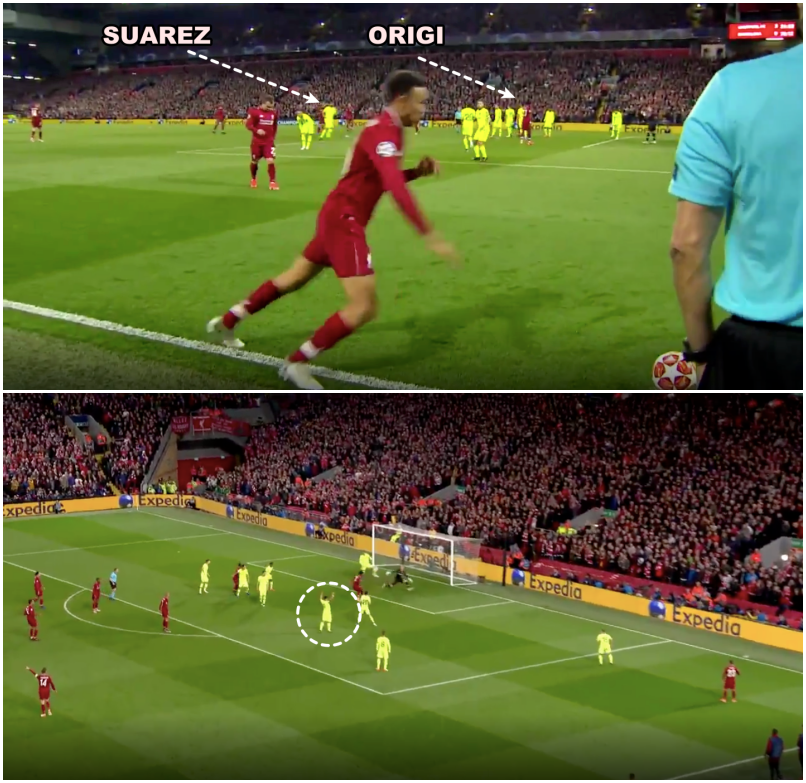 END_OF_DOCUMENT_TOKEN_TO_BE_REPLACED

Having played at Anfield on plenty of maniacal, rambunctious nights like this, and with Philippe Coutinho long substituted, Suarez was the only opposition player alive to the danger of a quick corner.

Gerard Pique, for the love of God, was fixing his socks when Trent Alexander-Arnold fired in his low cross. 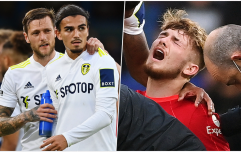 END_OF_DOCUMENT_TOKEN_TO_BE_REPLACED

"We have to be ready for all the criticism that is going to rain down on us now," Suarez added. "We are very sad, we are in a lot of pain."

He also apologised to 'our families, our children, our fans'.


popular
The most Stone Age tackle you've ever seen gets South African lock straight red card
Galway fans' frosty reception for Davy Fitz doesn't make any sense
Michael Schumacher paralyzed and suffering from memory and speech problems
Ryan Manning hacked to the ground by Henri Lansbury in ruthless assault
"Johnno went, 'We’re not moving! You're trying to mess us about!'" - Ben Kay recalls red carpet controversy
"20 seconds of lunacy" sees Joao Felix red-carded against Athletic Bilbao
'Brian was a genius... he would've killed you to even win a game of touch'

You may also like
5 days ago
Harvey Elliott donated Liverpool shirt and boot to young fan in hospital
5 days ago
Marcus Rashford sends message to Harvey Elliott after he is stretchered off
3 weeks ago
Cristiano Ronaldo will "struggle against Virgil Van Dijk" according to Graeme Souness
1 month ago
Liverpool condemn supporters' offensive chant directed at Billy Gilmour
1 month ago
20 BBC pundits provide their Premier League title predictions and there's only two teams in the running
2 months ago
One year ago today, three decades of bitterness, pain and grudges were unleashed
Next Page