Luis Suarez has come under a lot of stick at this World Cup, but for the first time ever, it wasn't because of his behaviour or disciplinary record, rather his performances on the pitch.

The 35-year-old has been relentless throughout his career, constantly and consistently proving the doubters wrong as he pushed through level after level of excellence.

When he did finally hit his prime, he was racking up goal tallies that only Lionel Messi and Cristiano Ronaldo could contend with, and although Father Time catches us all, his decline seemed slower than most. 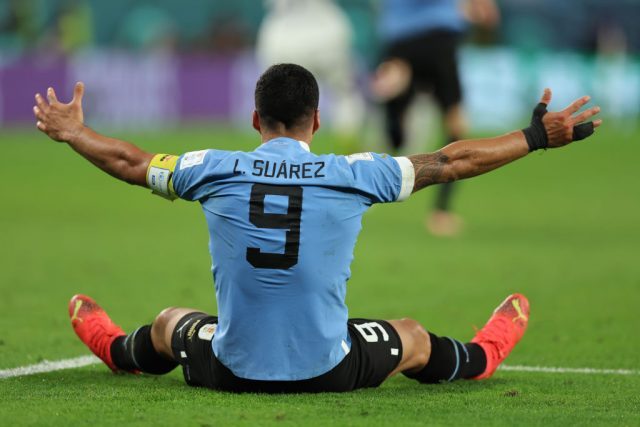 END_OF_DOCUMENT_TOKEN_TO_BE_REPLACED

Always a predator around the box, always worth keeping on for a goal, and always ready to cause havoc, even an ageing Suarez is better than most strikers on the market.

When Barcelona felt that he was past his best and shipped him off, he did the most Suarez thing possible, and joined Atletico Madrid, to help them beat his former team to the La Liga title.

However, in his opening game at this World Cup against South Korea, it was as though he aged overnight, as he looked a shadow of his former self. 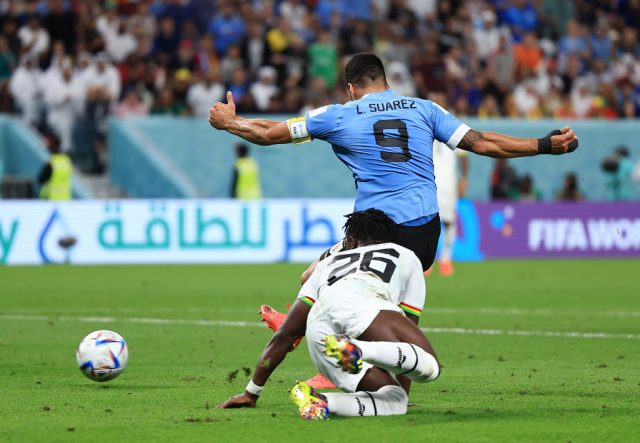 END_OF_DOCUMENT_TOKEN_TO_BE_REPLACED

The Uruguayan captain couldn't keep the ball, his touch was poor, and he seemed to have lost all of his bite (no pun intended).

Dropped for the next game against Portugal, it seemed that at long last, we could finally, and safely, write the number nine off once and for all.

The only problem was that the next game was against Ghana, and we all know the history between Suarez and Ghana. 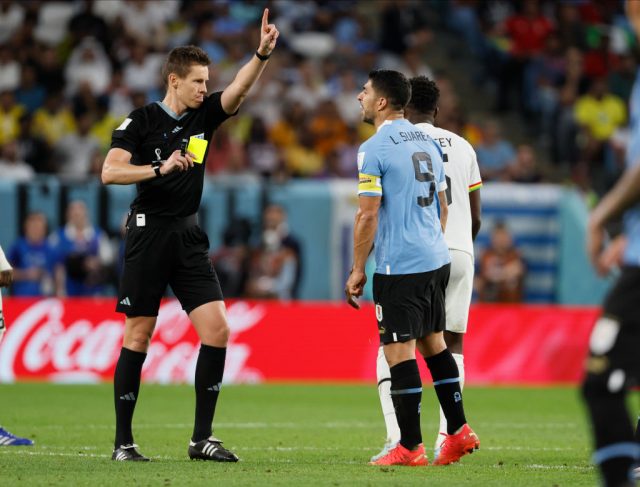 END_OF_DOCUMENT_TOKEN_TO_BE_REPLACED

In 2010, he used his hand to stop the African nation scoring a clear goal, and although he was sent off and they were awarded a penalty, they duly missed the spot kick, and the camera cut to the striker who was standing at the tunnel celebrating furiously.

Now, 12 years later, he puts himself in front of the press and boldly states that he had and has nothing to apologise for, because it wasn't him who missed the penalty.

Just like that, it seemed as though the devil was back and there was no doubt in anyone's mind that he would be back in the starting line-up for their must-win tie.

It was 2010 all over again, as the sharp shooter rolled back the years, with arms flailing everywhere, screams being yelped at every ball, hard tackles put in, emphatic extra rolls thrown in to some of his falls - he was very much in the mood.

Forget the fact that Ghana miss a penalty yet again; when the ball fell to Suarez in the opposition box it had an air of inevitability about it.

He drops the shoulder, fools the first defender and curls a shot into the far corner where the keeper just gets a hand to it, and it's set up for an easy Giorgian De Arrascaeta tap in.

Then the ball fell to the former Liverpool striker again outside of the box, and with a sublime touch and excellent vision, he managed to whip it to the far left of the box, where that man De Arrascaeta was waiting to score his second.

A moment of magic followed, as the rejuvenated forward picked up the ball from the right corner flag and waited calmly as the defender came running to him, before slipping it under his legs to complete the most delicious nutmeg.

It wouldn't be a Suarez classic if it didn't have some controversy as well, and he tortured the referee at every turn, shouting, pointing, and just falling short of laying hands on him.

Eventually his actions resulted in a yellow card, and so the board went up and he was saved from himself, thus completing the ultimate throwback Suarez performance.

However, Uruguay's victory and Suarez's performance was in vain, as a late winner from South Korea against Portugal means that the South American team are now knocked out of the competition.

Unfortunately for the legendary striker, it has all ended in tears as his last World Cup finished with him sitting helplessly on the substitute bench sobbing with a towel over his head.

At least that will cheer the Ghanaians up a little.

You may also like
1 week ago
Liverpool reportedly selling Caoimhin Kelleher for Jude Bellingham funds
1 week ago
Steven Gerrard offers his personal service to help Liverpool sign Jude Bellingham
2 weeks ago
Steven Gerrard makes interesting claim about Graham Potter's signings
2 weeks ago
Liverpool's owners have made a massive decision on the sale of the club
2 weeks ago
The best five-team accumulator weekend special for the Premier League
2 weeks ago
Gary Neville: "Jurgen Klopp is equal to or better than Pep Guardiola"
Next Page