Louis van Gaal is a character

Louis van Gaal's spell at Manchester United was a mixed bag. There were complaints about the football, accused of being possession football for possession's sake. But he did win an FA Cup, and was thoroughly entertaining off the pitch even if the team were dull on it.

You may remember him referring to a Sun journalist as "fat man" and commenting on an opponent pulling Marouane Fellaini's hair, saying it should only be allowed in "sex masochism."

He's an interesting guy, not afraid to say what's on his mind. And his latest victim of his unapologetic bluntness is Paul Merson, former Arsenal player and Sky Sports football pundit. 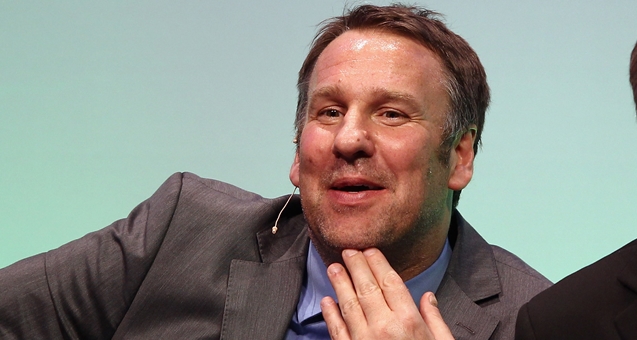 "The quicker they go out of these competitions [FA Cup, Champions League, League Cup], the more of an unbelievable chance they have to win the Premier League."

"They've not got the biggest squad in the world," said Merson. "These chances do not come along too often, you win it one year, and the next you're blown away in 10 games. They've got to take that chance."

Advertisement
Van Gaal didn't agree with Merson's suggestion that Liverpool should bin off all other competitions, calling Merse 'not normal'.

“This man is not normal. Liverpool shouldn’t take his bad advice into consideration.”

END_OF_DOCUMENT_TOKEN_TO_BE_REPLACED

The former Ajax and Barcelona coach must have caught his fair share of Soccer Saturday when United were involved in Sunday and Monday fixtures.

You get the feeling Jürgen Klopp will be on the same side of this debate as Van Gaal. Having come so close to winning the Champions League last season and with a real chance of getting to the final again, you'd suspect that they'll be giving it everything this season too.

popular
You'll have to be a diehard fan to get 20/20 in this Liverpool players of the 90s quiz
Wayne Rooney story about Memphis Depay shows why he failed at Manchester United
QUIZ: You have 30 seconds to answer this one tricky football question
The SportsJOE 12 o'clock quiz | Day 288
SportsJOE 2000s Football Quiz | Round 11
In defeat, Jerry Kelly dies with his boots on in coming of age final display
Lady Gaga will perform Satanic ritual during Super Bowl halftime show, according to conspiracy theorist
You may also like
1 day ago
Redemption for Victor Lindelof gives United supporters another reason to believe
1 day ago
Jurgen Klopp calls Man Utd style 'the worst thing you can face in the world' after draw
1 day ago
Jordan Henderson says Liverpool were frustrated by "strange" half-time whistle call
2 days ago
Liverpool fans complain at timing of half-time whistle in Man Utd draw
3 days ago
Alex Ferguson's dismissive comments confirm truth about Jordan Henderson
6 days ago
Paul Pogba's reward for Burnley bullet by may be seat on Anfield bench
Next Page