Several Premier League clubs have expressed interest in the striker.

Liverpool are considering allowing young striker Rhian Brewster leave the club on a permanent deal in this transfer window, according to Sky Sports.

If Premier League champions do sell the 20-year-old, they will likely protect themselves by insisting on putting a buy back clause into his contract.

Several Premier League clubs have expressed interest in the forward, who spent the second half of the 19/20 season on loan at Swansea. Those clubs include Aston Villa, Brighton and Sheffield United.

Villa are reportedly on the verge of completing a the signing Brentford striker Ollie Watkins, significantly lowering their chances of landing Brewster. Having joined Liverpool's youth set-up from Chelsea, in 2017, Brewster has made four senior appearances for the Reds.

He was loaned out to Swansea last season and bagged 11 goals in 22 games before returning to Liverpool when the 2019/20 wrapped up. He came off the bench in the Community Shield loss to Arsenal and missed a penalty in the shoot-out. 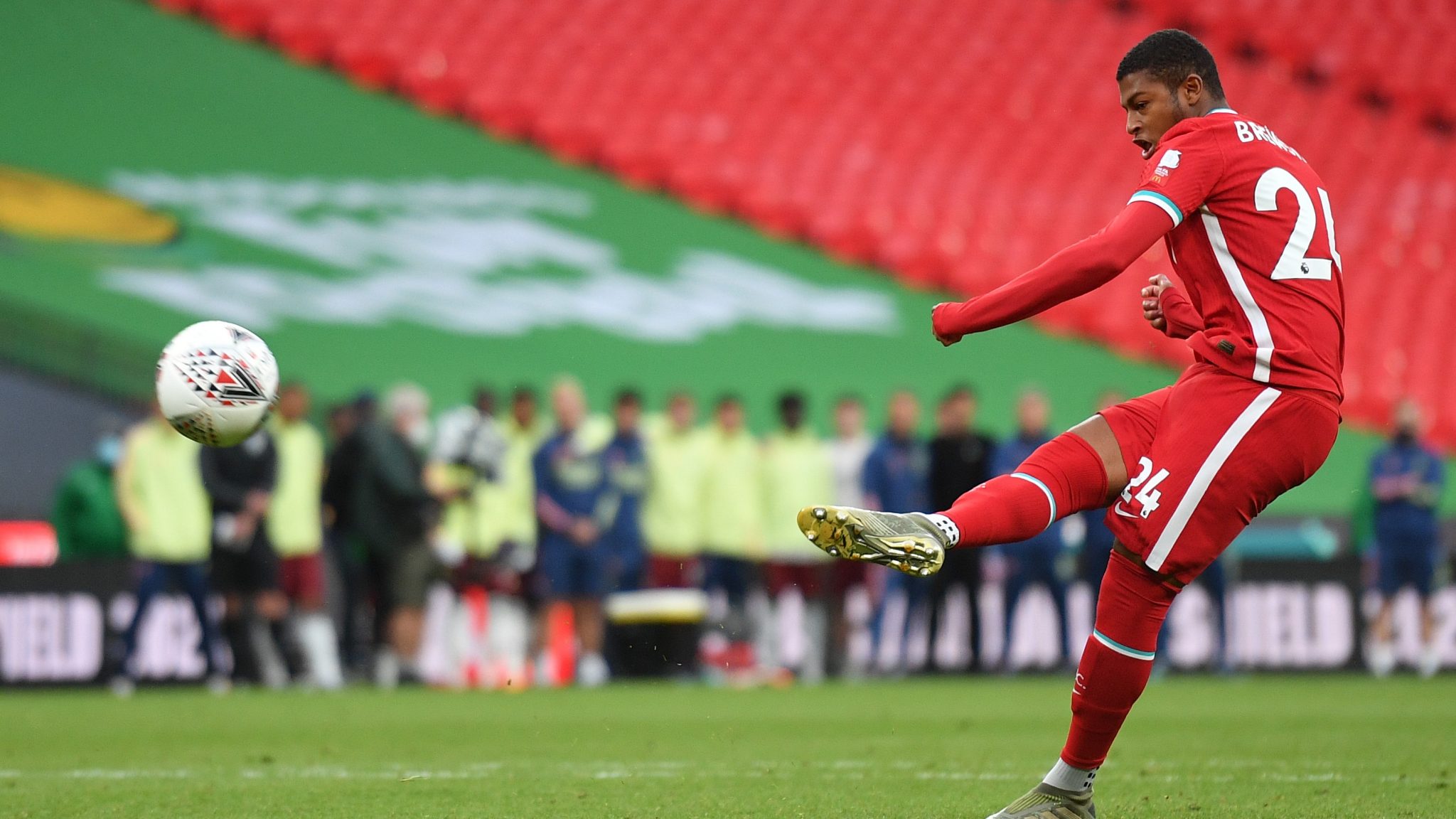 Liverpool's change in stance on Brewster's future, having previously preferred to send him out on loan again, could be inferred as a means of gathering the funds to spend on Thiago Alcantara, with Bayern Munich seemingly refusing to go below their €30m asking price.

END_OF_DOCUMENT_TOKEN_TO_BE_REPLACED

The Spain international has been heavily linked with Liverpool all summer and has said his goodbyes to his Bayern colleagues. He is not present at Bayern's training centre for medical tests today, with his heart set on a move to Anfield.

Thiago's move to Anfield may well hinge on Gini Wijnaldum reuniting with former Netherlands boss Ronald Koeman at Barcelona. Though reports suggest the club would prefer to bring Thiago back to the Camp Nou rather than sign Wijnaldum.

As always in the transfer market, it's a game of dominos. Once one falls, the rest will follow. Until then, it's more a game of poker.


popular
"I was like, ‘My ear is hanging off my head. Can you not see that?!'"
The SportsJOE 12 o'clock quiz | Day 307
"Hang on lads, there is more to life outside of Dublin" - Connellan is a rebel with a cause
Japanese rugby players living off the classic Irish school lunch for pre-match-meal
QUIZ: How well do you know Manchester United players of the 2010s?
QUIZ: Identify the missing sponsors from these football jerseys
QUIZ: Name all 50 of these 2000s Champions League players – #4
You may also like
5 days ago
Jurgen Klopp and Seamus Coleman exchange words as Everton beat Liverpool
2 weeks ago
Death threats sent to referee Mike Dean and his family after Soucek red card
2 weeks ago
Jeff Hendrick criticised for "stupid" red card foul on Takumi Minamino
3 weeks ago
Roy Keane takes "frightened" Man United to task after more dropped points
3 weeks ago
Ole Gunnar Solskjaer overheard ordering Rashford to target Arsenal star
3 weeks ago
Liverpool linked with shock Shkodran Mustafi move to solve defensive injury crisis
Next Page