Kelleher set to leave Anfield in the summer.

Liverpool are reportedly selling Caoimhin Kelleher in order to accumulate the necessary funds to buy Dortmund's Jude Bellingham in the summer.

A lot has been made of Liverpool's need to bolster the midfield and Bellingham has been the top name on their wanted list for quite some time.

Since exploding on the international stage at the World Cup, the box to box powerhouse is heavily sought after by many top clubs, and his transfer value has gone up. 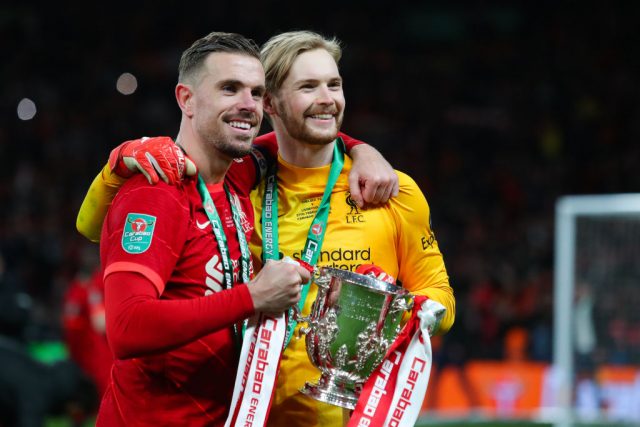 END_OF_DOCUMENT_TOKEN_TO_BE_REPLACED

Without the same financial backing as Manchester City, Chelsea or Real Madrid, the Reds need to be more frugal with their budget and need to make room for this sizeable fee.

It looks like their highly valued number two, Kelleher, is going to be shipped off in order to add some funds to their bank account.

The Irishman has had limited game time for Jurgen Klopp's men, but when he has played he has been highly impressive, and not only did he keep a clean sheet in the Carabao Cup final last year, he also scored his own penalty in the shootout. 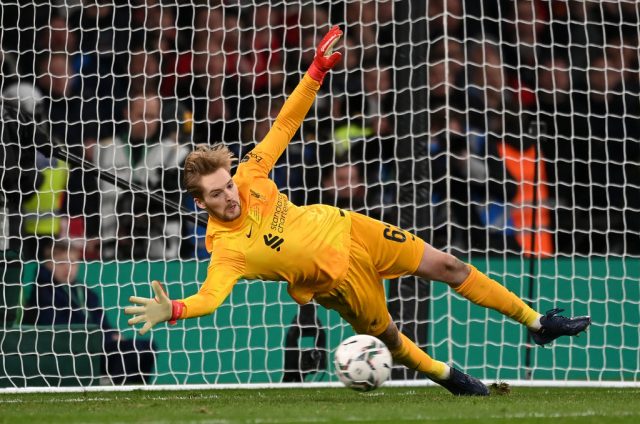 END_OF_DOCUMENT_TOKEN_TO_BE_REPLACED

According to The Athletic a number of Premier League clubs are interested in the shot stopper and for good reason. At just 24, Kelleher has made a good name for himself at Anfield but the clock ticking on his career, he needs first time football.

Despite never disappointing when he does play for Liverpool, the problem is that Alisson Becker is the club's number one choice, and he looks unmovable as he is regarded as one of the very best in the world. 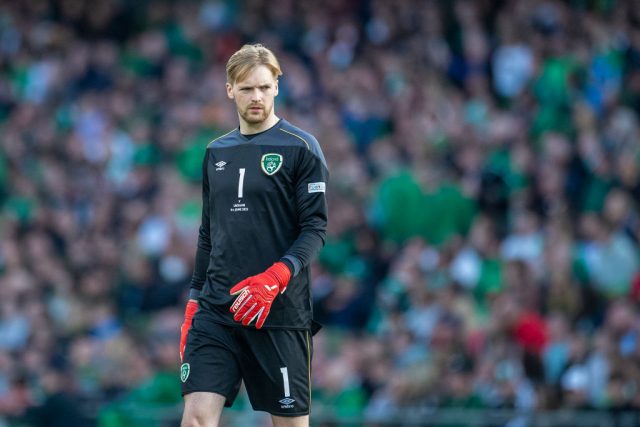 END_OF_DOCUMENT_TOKEN_TO_BE_REPLACED

Kelleher will also be thinking of his own international career, as he competes for game time with Gavin Bazanu,  and the more time he spends on the bench, the less likely it is Stephen Kenny will pick him over the Southampton keeper.

Nat Phillips is also reported to be on the way out with a value of around £10m, although the club would be looking for substantially more in Kelleher case.


popular
Ireland vs Wales: All the big talking points, moments and player ratings
Conor McGregor offers solution to Croke Park fiasco that should suit all parties
Conor McGregor hit by car ‘at full speed’ while cycling
Hugo Keenan shows incredible speed to save the day after rollicking Irish start
Allianz National League Round 2: All the action and talking points
Everton release brutal 59-word statement to confirm Anthony Gordon departure
Ireland team to play Wales: Andy Farrell's XV, the big calls and bold cuts
You may also like
2 weeks ago
Steven Gerrard offers his personal service to help Liverpool sign Jude Bellingham
2 weeks ago
Steven Gerrard makes interesting claim about Graham Potter's signings
2 weeks ago
Liverpool's owners have made a massive decision on the sale of the club
2 weeks ago
The best five-team accumulator weekend special for the Premier League
2 weeks ago
Gary Neville: "Jurgen Klopp is equal to or better than Pep Guardiola"
3 weeks ago
Jurgen Klopp snaps at reporter for asking about Liverpool's transfers
Next Page