Liverpool played well but Lionel Messi's genius is beyond comprehension

Liverpool played well. But Messi is on another level.

Barcelona recorded a 3-0 win over Liverpool on Wednesday night in the first leg of their Champions League semi-final. Jurgen Klopp's side played well, much better than the score-line suggests. They created chances, recorded more shots in the game, pinned the Catalan side back in the second half and went toe to toe with them.

However, all of that ultimately counted for very little in the end.

Lionel Messi won the game, ended the tie and proved once again that he is the greatest footballer in the world and the best ever. His second goal was opportunist but his third was stunning, something only he could do.

He has now scored 600 goals in his career and the two he netted on Wednesday night may have sent Barcelona into the Champions League final. 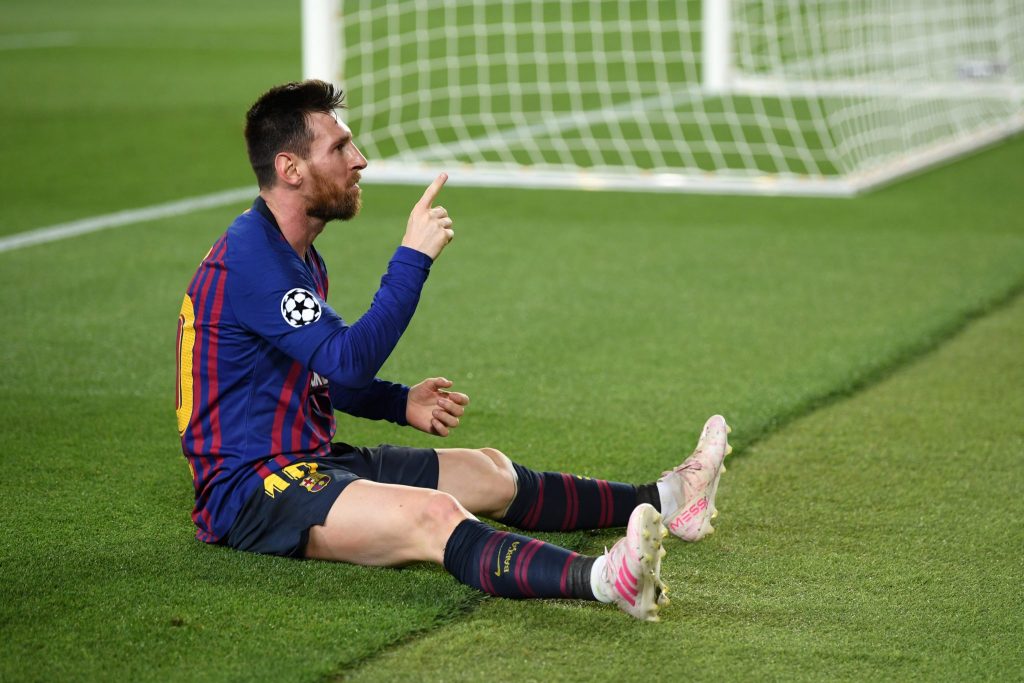 Klopp caught supporters by surprise with his team selection. The Liverpool coach selected Joe Gomez, who was starting his first game since December, at right back, evidently worried about the attacking threat of Barcelona against Trent Alexander-Arnold, a player more comfortable on the front foot.

However, if Klopp or anyone else was expecting a cagey opening to the tie, they were mistaken. The first half whizzed by in a blur. It was a brilliant, end to end contest full of incidents and attacking play. Liverpool fought fire with fire against Barcelona, creating several openings and had a claim for a penalty when Sadio Mane appeared to be pushed to the ground under a challenge from Gerard Pique.

But Barcelona were full value for their lead. Just before the half an hour mark, Philippe Coutinho collected a cross-field pass at the edge of Liverpool's penalty area. The Brazilian checked his run and played a short pass into Jordi Alba who wasn't closed down in time before he whipped a stunning pass into the path of Luis Suarez.

The striker positioned himself between Liverpool's central defenders and timed his run perfectly, scoring with a deft touch beyond Alisson Becker. A vintage Luis Suarez goal, and one he wasn't going to let pass without celebrating.

END_OF_DOCUMENT_TOKEN_TO_BE_REPLACED

Mane missed a clear-cut chance before half-time, spurning a shot over the bar after a wonderful long pass across the Barca defence from Jordan Henderson, who had replaced the injured Naby Keita.

For a match containing so many skilful players, it was a combative contest as both sides flew into tackles and tension spilled over a few occasions.

Liverpool had the best of the second half and threatened Marc-Andre ter Stegen's goal with a low shot from Mohamed Salah from the edge of the penalty area. The German touched the attempt around the post. James Milner later shot straight at the Barcelona goalkeeper.

Barcelona were happy to soak up pressure and to catch Liverpool on the break, which they did to devastating effect 15-minutes from the end.

After the ball landed with Suarez in the Liverpool penalty area, and his shot hit the crossbar, Messi collected the rebound and bundled the ball home.

He follows up Suarez's shot which comes off the bar!

That was the 599th goal of his career. The next one will be remembered as among his best ever.

There are no words for this level of genius.

Messi you absolute beauty! Has there ever been a more perfect free-kick? 🤤

And that is the stage we have reached with Lionel Messi. There are no new ways to describe him, and we have long gone past the point where he can be compared to Cristiano Ronaldo or any other sportsperson for that matter.

Ronaldo is world class, a phenomenon. But Messi is a genius. Liverpool saw this first hand on Tuesday night. They played well, they were aggressive, committed and creative. On another night they would have taken their chances. However, even then it would not have mattered as long as Messi was on the field.

Liverpool are probably struggling to comprehend how they have not taken anything from that match. But Messi's genius is beyond comprehension.


popular
Carragher pushes all the right buttons and Keane delivers in gold
Jermaine Jenas' reaction to Eamon Dunphy punditry is absolutely hilarious
Ireland name team to play England
Conor McGregor's next fight narrowed down to two options
"At the end of it, you're just saying, 'thank God I didn't block that ball down'"
Rovers to continue Direct Provision initiative for 2020 season
The Tony Kelly show in the storm as forgotten man Shanagher shows his worth
You may also like
1 month ago
Jurgen Klopp's contagious mentality is creating a generation of Liverpool winners
1 month ago
Curtis Jones curls in absolute screamer as Liverpool dump Everton out
1 month ago
Trent Alexander-Arnold is redefining what it means to be a right-back
2 months ago
Leicester City have form for upsetting the apple cart, and Liverpool shouldn't take them lightly
2 months ago
"Liverpool should send their weakest team to play Salzburg" - Dion Fanning
3 months ago
Three talking points as Liverpool thump Man City 3-1 at Anfield
Next Page