We could see a merry-go-round of elite forwards this summer.

As the World Cup draws to a close, the world of transfer rumours takes centre stage. Cristiano Ronaldo's imminent move to Juventus could kick-start a series of deals in what has been a quiet transfer window thus far.

If Ronaldo does indeed move to Turin, Juventus will be willing to allow Paulo Dybala to leave. The Argentine forward has been their star player over the past three seasons, scoring 68 goals in 140 games. However, he could be on his way out of Juventus this summer to make way for Ronaldo, with Liverpool interested in bringing him to Anfield, according to Tutto Mercato. 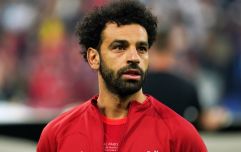 END_OF_DOCUMENT_TOKEN_TO_BE_REPLACED

Premier League clubs will have a shorter length of time to complete their transfer business this summer as the window will close before the season starts in mid-August.

With that in mind, Liverpool need to act quickly. But it all depends on whether Juve can secure the signature of Ronaldo. Meetings between Ronaldo's agent, Jorge Mendes, and Madrid President Florentino Perez are reportedly scheduled to take place today.

Liverpool have already missed out on Nabil Fekir this summer, when discussions broke down over knee problems revealed during the player's medical, but Dybala has a similar skill-set and would arguably be a better signing. 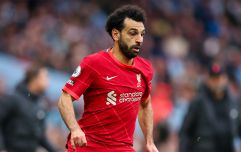 END_OF_DOCUMENT_TOKEN_TO_BE_REPLACED

Jürgen Klopp's interest in mercurial, creative not-quite-strikers hints at a tactical shift towards 4-2-3-1, the system that proved so successful for him at Borussia Dortmund.

Dybala would not fit into the current 4-3-3 system that Liverpool play, unless he were to take a slightly unfamiliar role on the left wing.

The 24-year-old did not enjoy the most fruitful of World Cup campaigns. He featured only once in Argentina's four matches and that was a 22-minute substitute appearance.


popular
Inbetweeners star sends All-Ireland semi-final message to Derry cult hero
"Jesus they never shut up, do they?" - What it was like training under Rory Gallagher and Jim McGuinness
Only die-hard rugby fans will get full marks in our Ireland vs. All Blacks quiz
Dublin edge Kerry in combined team as 'underdogs' get the nod on paper
"Sometimes a manager has to make those bold and tough calls." - Kerry's Paudie Clifford conundrum
Local press follow the All Blacks but miss out on Tadhg Furlong show
Your guide to a massive weekend of sport and how to stream it all
You may also like
1 week ago
Andros Townsend claims 'moaning' Jurgen Klopp has 'got his way again'
1 week ago
Thibaut Courtois gets 'brick wall' tattoo to celebrate Champions League Final heroics
1 week ago
Liverpool set £60m Mo Salah price as contract talks continue
2 weeks ago
The behind-the-scenes story of how Bayern signed Sadio Mané from Liverpool revealed
2 weeks ago
The incredible ways Sadio Mané has helped to transform his home village in Senegal
2 weeks ago
Jay Spearing linked with surprise Liverpool return
Next Page