Five talking points ahead of Liverpool versus Leeds.

Liverpool host Leeds United at Anfield this weekend in a key match for both teams. You can stream the Premier League game with a NOW Sports Membership, with kick-off at 7:45 pm on Saturday.

Liverpool and Leeds are both going through a difficult spell, with the Reds in a fight to finish in the top four and Leeds aiming to avoid relegation.

Here are five talking points ahead of the match. 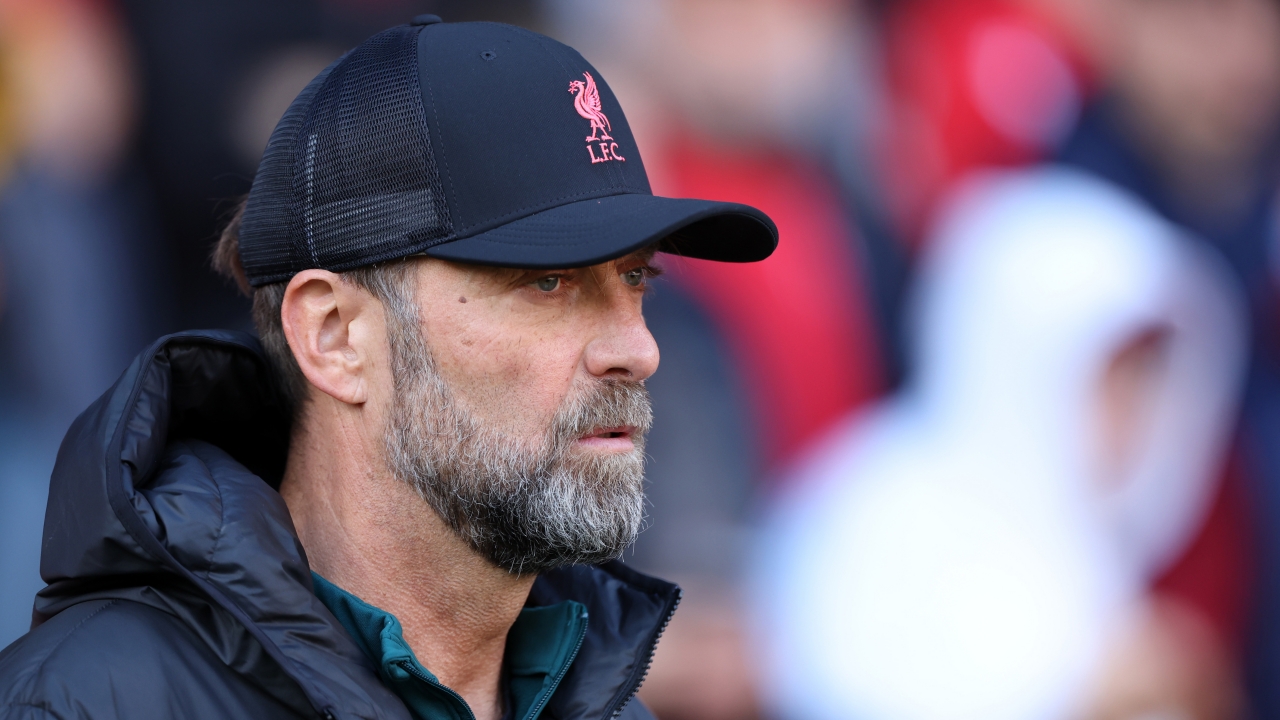 END_OF_DOCUMENT_TOKEN_TO_BE_REPLACED

Leeds manager Jesse Marsch is under pressure and could be the next Premier League coach to be dismissed.

Marsch's team have been on a terrible run. They have lost their last four Premier League games and lost six of their last eight games in the division. The club last won a Premier League match in August, when they beat Chelsea 3-0 at Elland Road.

Some supporters at Elland Road chanted that Marsch was 'getting sacked in the morning' after the team lost 3-2 to Fulham last weekend.

Leeds' poor run has also come at the worst possible time for their manager, with just three games to go before the World Cup and a month-long hiatus.

The American coach may need to get a result at Anfield to ensure he even makes it to the break, but even that may not be enough. Leeds fans appear to have turned on Marsch, who replaced the beloved Marcelo Bielsa back in February. 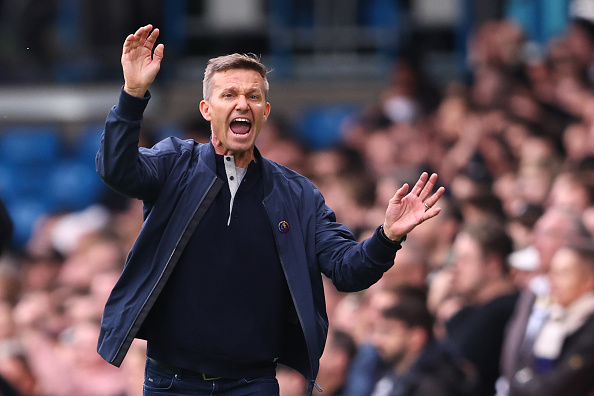 Liverpool will be the favourites to beat Leeds on Saturday, however, no one should see the win as a sign that the Reds are back to their best. Jurgen Klopp's team could be going through a transition period. At the very least, there are several issues that must be addressed.

Firstly, Liverpool need a world-class midfielder. Klopp's midfield is undoubtedly weaker than it was three years ago.

The Reds midfielders are either in their early 30s and or early 20s and few are in their prime years. Liverpool are now paying the price for not signing a world-class midfielder last summer. 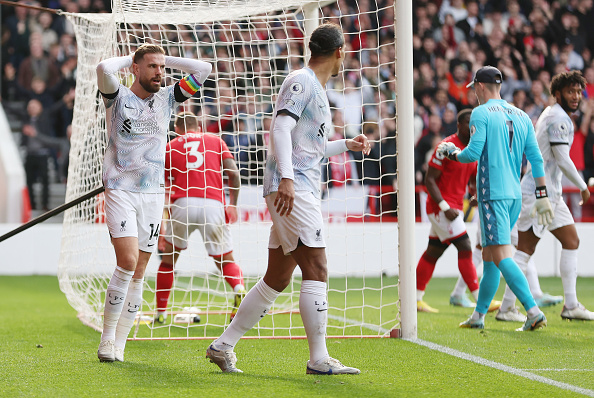 Secondly, Liverpool arguably have not developed a plan b. They play the same way they have throughout Klopp's reign and this has brought them great success. Yet, at the moment, Liverpool's players no longer look like the pressing monsters who bulldozed teams for several seasons.

And thirdly, Liverpool have an over-reliance on star players such as Trent Alexander-Arnold, Mohamed Salah and Virgil van Dijk. When they are out of form, the team suffers. Man City, meanwhile, can rotate and swap players at will and the team continues to win.

Klopp's side can perform like their old selves for one-off matches, but the signs suggest that this great side may be coming to an end unless it can be revitalised with new players in key positions. 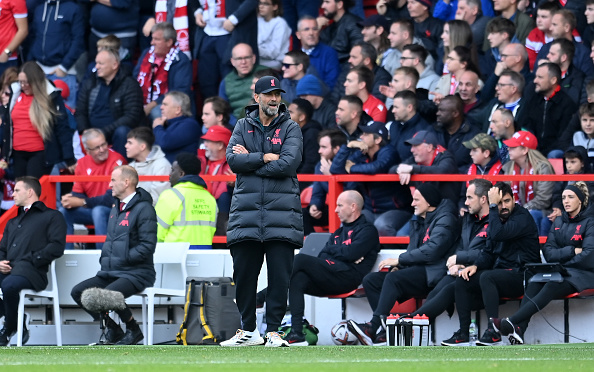 Leeds spent almost £100m on new transfers in the summer and signed 16 new players. The Premier League side, however, have discovered that two of their departed stars are almost irreplaceable.

Kalvin Phillips, who is currently injured, has featured in one match for his new club Manchester City. Yet, for Leeds, Phillips was their midfield lynchpin. The 'Yorkshire Pirlo' flourished under former manager Bielsa and has left a void hole that new boss Marsch has been unable to fill. Raphinha, meanwhile, was sold to Barcelona last summer. He scored 17 goals and registered 12 assists for Leeds in 65 Premier League games

Patrick Bamford, the third key player in Bielsa's team, has made just 18 appearances over the last two seasons due to injury and fitness issues. In Leeds' first season back in the Premier League, Bamford scored 17 goals and recorded eight assists.

Leeds have had to build a new team but they look unlikely to ever replace Phillips and Raphinia, while Bamford has yet to rediscover his top form. 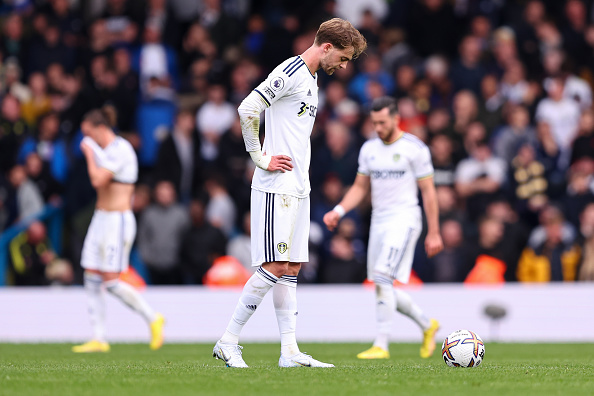 Liverpool's form have been mirrored by the form of Mohamed Salah. When the Egyptian scored the winning goal against Man City, it appeared as though he and the team were back to their best.

Yet, Liverpool's loss to Nottingham Forest ended that talk, and it has left the Reds asking how they get the best from their talisman.

There is no obvious answer, especially not with Liverpool suffering injuries to forwards Luis Diaz, Diogo Jota and Darwin Nunez.

The Egyptian played up front with Roberto Firmino against Forest in a 4-4-2 formation and it didn't work. Salah only had 17 touches in the match. 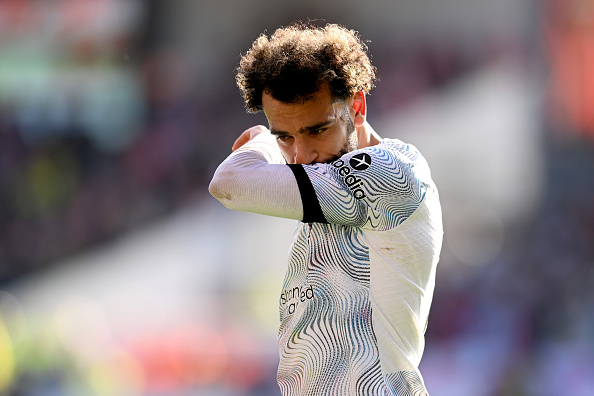 Meanwhile, when Salah has yet to develop a productive partnership with Darwin Nunez. The Uruguayan occupies central positions around the goal and doesn't drop deep like Firmino to create space for his teammates. He also tends to shoot rather than lift his head and find a pass.

Salah's expected goal involved per 90 minutes is 0.85 without Darwin Nunez. When Salah plays alongside Darwin Nunez, this figure declines to 0.39 per 90.

Klopp may revert to what has worked in the past - a 4-3-3 formation with Salah on the right and Firmino as a false nine. Fábio Carvalho, the 20-year-old signed from Fulham, could play on the left.

This would mean omitting Nunez from the starting line-up when he returns from injury, but Salah's form should precedence over Nunez, a player who has failed to convince so far.

If Liverpool can get Salah firing again, they will surely start to improve their form and rise up the table. 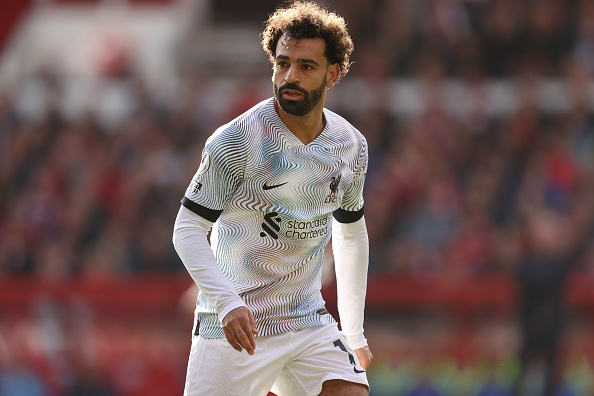 5. The World Cup has come at the best time possible for Liverpool.

Jurgen Klopp will never have welcomed an international break more than the upcoming hiatus. After Liverpool play Southampton on November 12 at Anfield, club football takes a break until St Stephen's Day due to the World Cup.

This prolonged break will give Liverpool a chance to recharge and take stock after their poor start to the season. Crucially for Klopp, several of his key players - such as Salah, Jota, Diaz, Andy Robertson and possibly Trent Alexander-Arnold - won't be at the tournament in Qatar.

They will all have six weeks to rest and some will return from injury. The German coach will also be able to analyse where his team have gone wrong over the last few months. 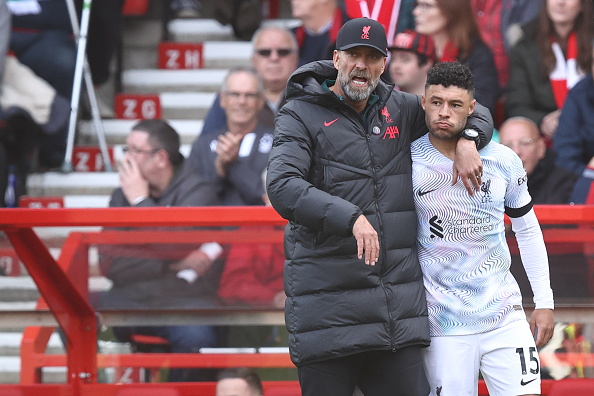 If they can beat Leeds on Saturday and remain unbeaten before the break, it will give them the platform to mount a challenge for the top four after the World Cup. A defeat to Leeds could send them into a spiral that even a prolonged break won't fix.

Liverpool versus Leeds United is one of five Premier League games available to stream this weekend with a NOW Sports Membership and a NOW Sports Extra Membership.


popular
Man United could be blocked from playing in the Champions League next season
Ireland team vs. France: Form players rewarded and a welcome return
Clive Woodward happy to 'eat humble pie' after bold comments about Ireland
Man United's four player transfer shortlist if Qatar takeover goes ahead
Man City expect Pep Guardiola to leave
The Ireland team Andy Farrell needs to start when France come to town
"I should have been more mature" - O'Sullivan's injury trail a cautionary tale for Sigerson casualties
You may also like
1 day ago
Man United vs Leeds: Why the game won't be shown on Irish TV
2 days ago
Man City facing possible expulsion from the Premier League for breaking financial rules
3 days ago
Mikel Arteta's reaction to Everton defeat is epitome of the modern manager
4 days ago
Nottingham Forest: Sensible signings or real life Football Manager?
5 days ago
Sean Dyche made all of his players write down their problems at Everton
6 days ago
Roy Keane reminds everyone of his feelings towards Newcastle United ahead of cup final against Man United
Next Page