Jordan Henderson is a player renewed and revived under Jurgen Klopp.

There may have been some doubts when Brendan Rodgers chose Henderson to replace Steven Gerrard as Liverpool captain but he coped with the pressure well and has grown into the role. He is now a central part of Liverpool's title ambitions in 2016/17.

Speaking to SportsJOE's Tony Barrett in his role as brand ambassador for MaxiNutrition, we asked Henderson to cut the footballing guff and tell us all about his diet.

Henderson admitted he gives careful thought to what he consumes, a factor which he believes has been vital in establishing himself as the Premier League player who has run further than any other during the current campaign. He says:

"On a typical day I wake at 7.30am and have my breakfast which consists of porridge, fruit and then a Promax bar about 9am.

"Then I head to the training ground for around 10am where I will have a BCAA [Branched Chain Amino Acids] while I train. Immediately after training I will have a new WPI protein shake to help restore my muscles.

"Lunch will normally be along the lines of chicken, vegetable and rice, and for snacks I like to have nuts or another Promax bar to tide me through until dinner. My evening meal will be much the same as lunch which can sometimes be repetitive but it gives me everything I need to make sure I can compete at the highest level." 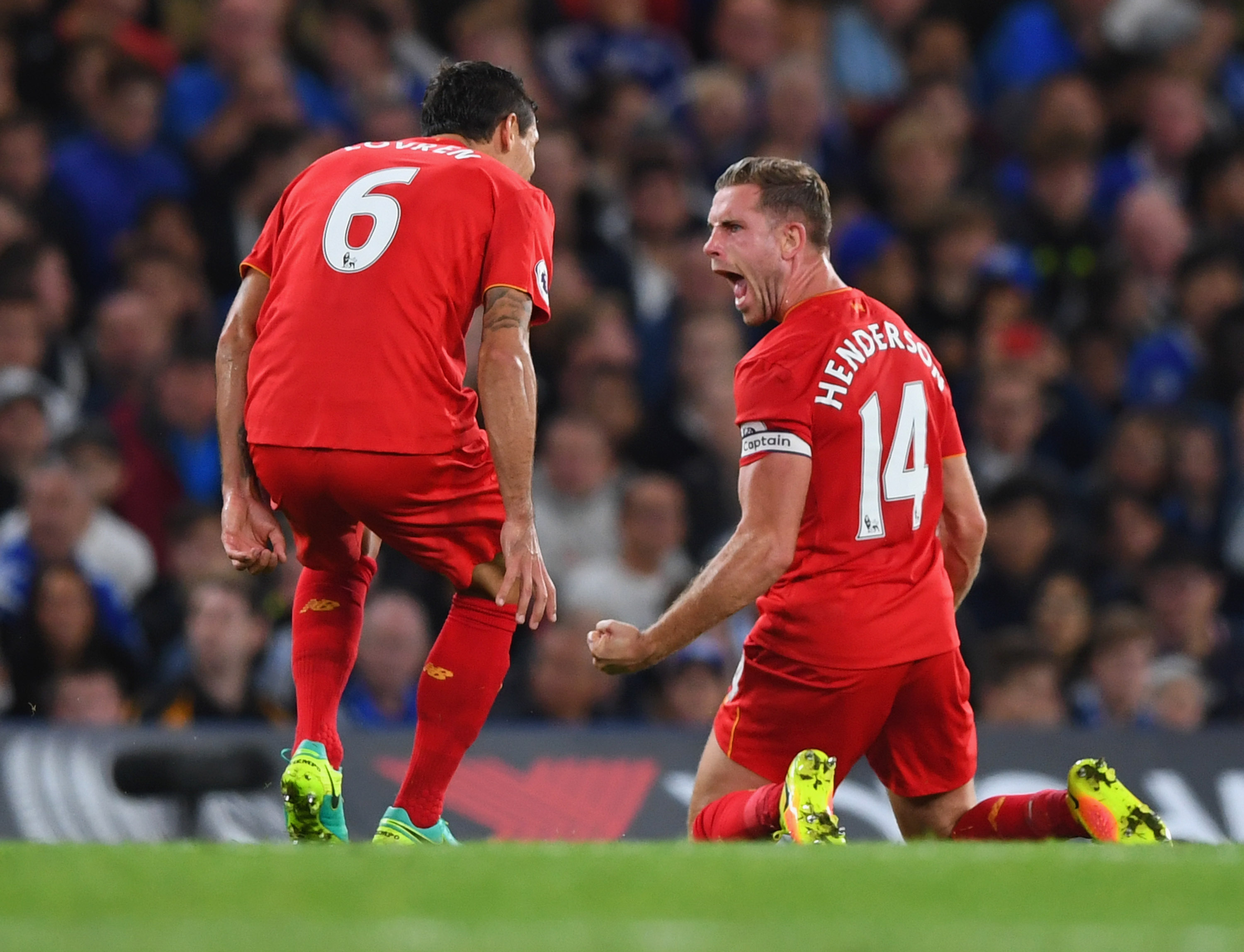 That kind of commitment to preparation and to ensuring he is in the best possible condition is something that Henderson readily acknowledges was heightened by watching Gerrard at close quarters.

In that respect, Liverpool's current captain is more than happy to reveal a determination to emulate his predecessor in the hope that matching Gerrard's dedication will give him the best chance possible of being the very best that he can be.

“For me, training with him every day was the thing that always impressed me most,” Henderson says. “I already knew about the level he was at in games because that was there for all to see but to see him up close, witnessing the levels he could go to on a daily basis and how hard he worked day in and day out, that was what set him apart.

“He was one of the best players in the world, an elite footballer who we all looked up to but he was still so driven to improve, to work on even the little things that might have made him even better.

"But he also wanted to help everyone around him and I know away from football people might see him as a superstar but off the pitch he was just a normal lad, someone who wanted to help his team mates in whatever way he could. All of these are the kind of examples that any player would want to follow and I'm no different.”

He's made a good fist of it so far.

Jordan Henderson is a Maximuscle athlete and was speaking following the launch of Maximuscle’s new range of raw ingredient powders, now available at maximuscle.com.


popular
Six minutes was all Alan Connolly needed to score two goals and set up another
Gatland comments give insight as to why CJ Stander missed Lions call
'Jesus Christ! How am I going to put up with this lad for nine weeks?!'
Sensational scenes in Belfast as Antrim edge out Clare in a thriller
"Of the 37, Bundee Aki would be my 37th most expected selection and my worst rated"
South African media shocked by Lions omissions of Sexton and Ryan
Peter Queally vaults into Bellator title picture with stunning win over Pitbull
You may also like
1 week ago
Roy Keane makes Jamie Carragher remark as fans break into Old Trafford
2 weeks ago
Gary Lineker takes aim at Jurgen Klopp comments on protesting fans
2 weeks ago
The humiliation of the arrogant Super League is a moment we should all savour
2 weeks ago
Ranking the top 10 signs as football fans stick it to the European Super League
2 weeks ago
John W Henry apologises from the heart but Jamie Carragher reckons he has work to do
2 weeks ago
Bill Shankly’s grandson asks for statue to be removed from Anfield
Next Page