Liverpool in talks with Stoke for goalkeeper Jack Butland

Liverpool are in talks with Stoke City over a move for goalkeeper Jack Butland, according to the Daily Mirror.

Butland was once tipped for big things and was expected to succeed Joe Hart between the sticks for England, having become the youngest goalkeeper to represent England at senior level.

An injury picked up while playing for England in 2016 combined with Stoke City's decline has seen the 27-year-old fall some way short of the expectations people had of him.

But he is being offered a career lifeline as Jurgen Klopp tries to bring him to Anfield as a back-up to Alisson Becker.

Alisson is one of the best goalkeepers in the world but was missing for Liverpool's humbling 7-2 defeat against Aston Villa last weekend - something of a freak result in which stand-in goalkeeper Adrián did not cover himself in glory. With Alisson set to miss the next six weeks of football, Klopp appears desperate not to have to play Adrián for those upcoming games after his horror show at Villa Park. 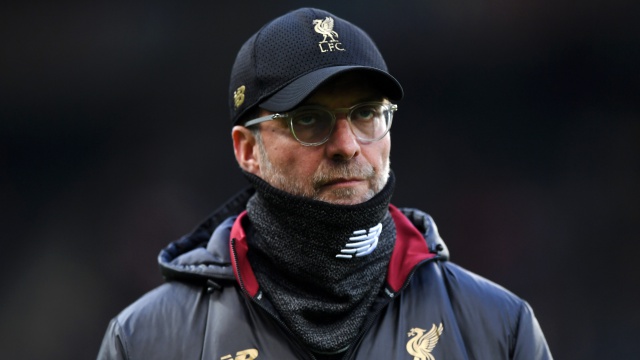 The transfer window for moves between Premier League clubs and for players coming over from abroad closed on October 5th but top flight clubs in England have until Friday 16th to complete moves for players from the EFL.

END_OF_DOCUMENT_TOKEN_TO_BE_REPLACED

Butland has less than a year left on his Stoke contract and is reportedly one of the highest paid players at the club, making the move a tempting prospect for both the Potters and Butland himself.

If Butland signs, he could make his Liverpool debut in the Merseyside derby against Everton, the Reds' first game back after the international break.

Everton have won all of their games this season and have been transformed by the arrivals of experienced stars James Rodriguez and Allan, while Dominic Calvert-Lewin is in the form of his career, with 10 goals in seven games across all competitions this season.

popular
In defeat, Jerry Kelly dies with his boots on in coming of age final display
QUIZ: You have 30 seconds to answer this one tricky football question
The SportsJOE 12 o'clock quiz | Day 286
SportsJOE 2000s Football Quiz | Round 11
You'll have to be a diehard fan to get 20/20 in this Liverpool players of the 90s quiz
"Djokovic is a tool" - Tennis world turned upside down in day of days
Wayne Rooney story about Memphis Depay shows why he failed at Manchester United
You may also like
22 hours ago
Redemption for Victor Lindelof gives United supporters another reason to believe
1 day ago
Jurgen Klopp calls Man Utd style 'the worst thing you can face in the world' after draw
1 day ago
Jordan Henderson says Liverpool were frustrated by "strange" half-time whistle call
1 day ago
Liverpool fans complain at timing of half-time whistle in Man Utd draw
3 days ago
Alex Ferguson's dismissive comments confirm truth about Jordan Henderson
5 days ago
Paul Pogba's reward for Burnley bullet by may be seat on Anfield bench
Next Page