Barcelona lost the game 3-1 at the Etihad Stadium, and it was reported that Messi was involved in a confrontation with a City player following the game.

However, according to Spanish media, the Barcelona forward had a dispute with Arteta, the former Arsenal captain currently working as Pep Guardiola's assistant. 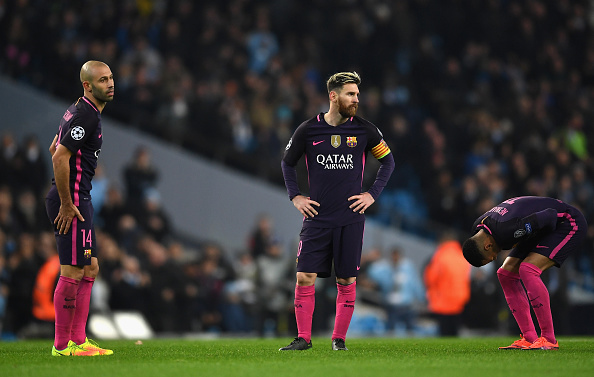 Messi was reportedly unhappy with the performance of the referee, and waited in the tunnel to speak to him.

"Go on, fool, get out of here and go to your dressing room."

Messi was alleged to have replied:

"Hey idiot, come here and say it to my face!"

Remember when everyone thought Messi was shy? https://t.co/9Xrfwshryz

Sergio Aguero reportedly diffused the situation, and calmed down his Argentina teammate.

According to the City striker:

"(It was) nothing serious. I heard something but I don’t know what happened. I thought Messi said something to me but he didn’t, and then we talked about other stuff."

While Messi reportedly wanted to have words with Arteta, he evidently wasn't in the mood to speak with his friend Aguero.

"We haven’t talked. Whenever you lose you’re not very happy," the City striker said.

"I know him well enough to know when he’s bad, when he's good. Leo wasn't in the mood to talk and I respect that."