'Why doesn't he just play for free?'

We are sure that, over the past few days, a friend or colleague has not asked that question of Lionel Messi.

The Argentinean superstar is leaving Barcelona after two decades and a room-full of trophies with the Spanish club. He did not want to go, but Barcelona simply could not afford to keep him any more. 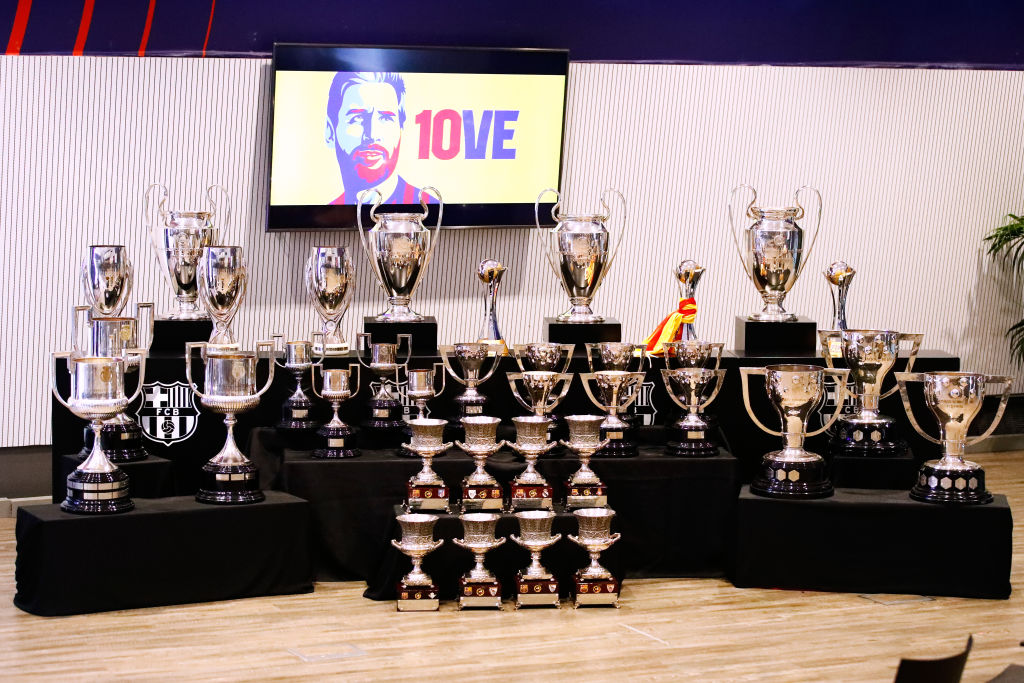 Trophies won during Lionel Messi's time with the club are seen during an August 8th press conference at Nou Camp. (Photo by Eric Alonso/Getty Images)

END_OF_DOCUMENT_TOKEN_TO_BE_REPLACED

With Messi on the Barcelona books, the club's wage bill for 2020/21 was 110% of their income. To put that in perspective, most Premier League clubs must have a wage bill that comes in under 60% of their annual income.

Even with Messi off the books, Barca's wages - dominated by high-earning stars like Antoine Griezmann, Frenkie De Jong and Sergio Busquets - are still set to come in at 95% of annual income.

There was brief hope that a CVC investment in La Liga, buying up a 10% stake in return for certain rights and under-takings from each club, could save the day, but both Barcelona and Real Madrid were not keen. The two Spanish giants want to have autonomy when it comes to TV rights, sponsorship deals and more.

The club were going to offer Messi a new deal that would see him play on for the next two seasons, but get his wages paid over five seasons. The league informed them it would not be legally possible to do so. It would also set a messy precedent for other clubs and players.

The other legal snaffle relates to Messi possibly taking a huge pay-cut or, as some have queried, playing for free. It has been posited by some fans that if Messi loved Barcelona so much, why did he not play on a really cheap contract. The answer comes via Guillem Balague in his piece for the BBC. He writes:

'It broke Messi's heart and once again he feels betrayed by the club he has given so much to. Barcelona had asked him to accept a 50% reduction in wages and he accepted without even trying to negotiate it.

'In fact a 50% reduction is the legal maximum anyone can be compelled to take, so even if Messi had been prepared to accept a bigger reduction, the club would have been breaking the law had they agreed to it.'

END_OF_DOCUMENT_TOKEN_TO_BE_REPLACED

It was, therefore, impossible for Messi to play for any less than €35,375,000 per season [half his old Barcelona deal] as it would have been breaking league laws. Messi went as low as he possibly could but still having over €35m on the season's player wage bill was too much for Barcelona.

And so we have reached where we are today. Messi has agreed a two-season deal with PSG and is on a reported €62.5m a season.

It truly is the end of an era for Barcelona.

For Lionel Messi, he may only be staying two years in Paris, but there is still the chance to add to his already huge trophy haul, and leave an impression on a whole new fan-base, and city.