You can't argue with the evidence.

Football managers must have heard all and every manner of excuses to miss football at this stage.

Trying to get 10 bodies down for a game of Astro or 11 cobbled together for a full game - an extra one or two for the bench if you're lucky - can be a terrible trial. 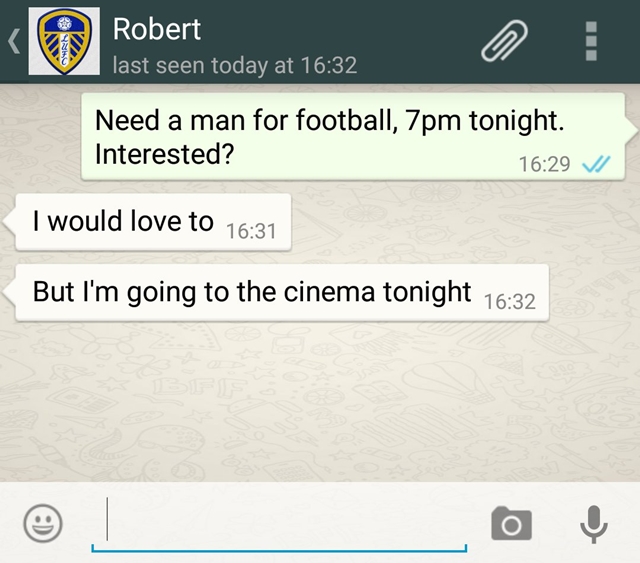 To the ones that give it to you straight... 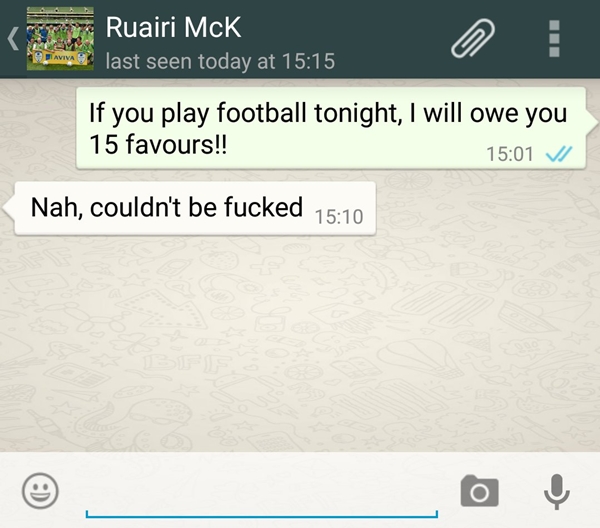 END_OF_DOCUMENT_TOKEN_TO_BE_REPLACED

Every now and then, though, a manager gets an excuse from a player to say they won't make training and there is nothing more to be said, other than 'go easy'.

Niall Hogan manages Shelbourne FC, in Limerick, and was getting set for a midweek training session when one of his players got in touch with a message that brooked no arguments at all. With an accompanying image [below], Niall told us:

"I manage, have heard and made many an excuse for missing training down through the years. This, however, tops the lot... " 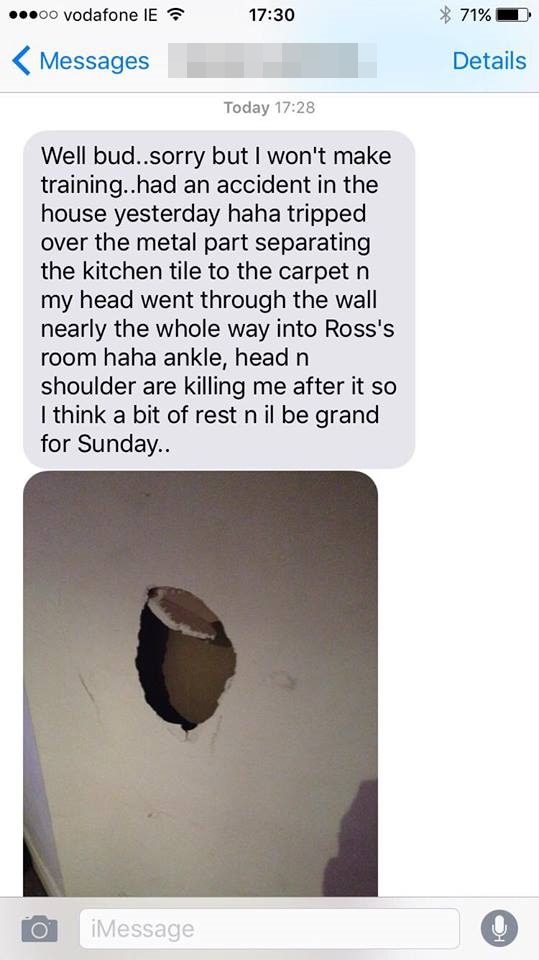 END_OF_DOCUMENT_TOKEN_TO_BE_REPLACED

The main question that has to be asked now is - 'How did Ross react to the new air-hole being installed in his room?'

One hopes that the unfortunate player is feeling a lot better now and that Polyfilla and some plasterboard can mend that gaping hole nicely.