Joe Brolly as the voice of calm and reason. It has been a crazy couple of days.

Fans of all sporting preferences, across the country, are up in arms over the GAA's decision to deny those organising a fundraising game, in memory of Liam Miller, the use of Páirc Uí Chaoimh.

Organisers of the game, which is set to feature the likes of Roy Keane, Paul Scholes and Rio Ferdinand, had happened to get permission from the GAA to use the Cork ground (capacity 41,000) to the game. Miller, a former player with Cork City, Celtic, Manchester United and Ireland, passed away earlier this year and funds raised from the match would go to his family.

As it stands, the game will go ahead at Turner's Cross on September 25. As that ground has a capacity of 7,000, the in-take of funds would be significantly lower.

Back in February, the Cork footballers stood in respectful silence to pay tribute to Miller not long after he had passed away from cancer. The desire to stage his fundraiser at the home ground of those footballers seems to have hit a brick wall, with the GAA stating they had sought legal advice to ensure they could turn down the request. 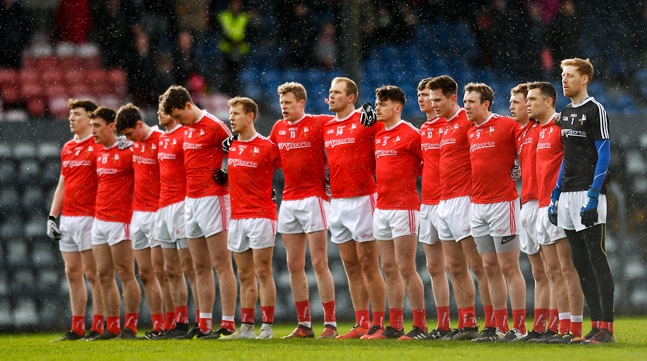 The GAA claim they must abide by the rules and that such rules can only be put up for discussion, debate and votes at Congress, next February.

Rule 5.1 of the GAA guide states that all GAA property shall ‘be used only for the purpose of or in connection with the playing of the games controlled by the Association’, with the exception of Croke Park.

Former Derry star, and current RTE pundit, Joe Brolly has studied the rule further and believes there is a simple solution to what has rapidly turned into a lamentable fiasco.

Brolly feels the charity match in Miller's honour would surely not be in conflict with the aims and objects of the GAA. He makes a further point about the "discretionary" sanctions that currently exist for giving such a game the go ahead.

Not for the first time this summer, public opinion is firmly against the association. The charity match is over two months away so there is still time for the sands to shift on this matter.


popular
We knew Sean O'Brien wouldn't let us down with his Lions XV
'Make him hurt, make him yours' - How the Springboks ruled the world
Jose Mourinho is about to step up and become the hero football needs
Springboks legend Tendai Mtawawira tells us what he really thinks of Ellis Genge
In 86 seconds, Patrick Bamford becomes English football's voice of reason
Saudi prince 'prepares £4bn Manchester United takeover'
Manchester United owners have reportedly set price for sale of the club
You may also like
13 hours ago
"I'm not the biggest fan of academy systems" - Paddy Tally believes we should be developing young GAA players differently
15 hours ago
"There is so much more running" - Irish star swaps the oval ball for the ONeill's ball
3 days ago
"We did find him hours later and we made up." - How Flynn and his best friend came to blows in Croke Park
4 days ago
'Overtraining' is not the main issue for county players, says Down boss Paddy Tally
6 days ago
The SportsJOE 12 o'clock quiz | Day 331
1 week ago
Stories from our first night back will hit home with every buzzing northerner
Next Page