It’s 9pm on a cold night late in December

You should be celebrating it, soaking up the fact that your side will finish the calendar year closer to the top of the table than the bottom. Instead you’re on Twitter, defending your club’s official account for posting a tweet which has led to targeted abuse of a female pundit. 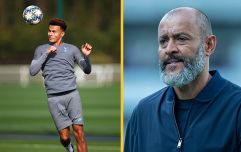 END_OF_DOCUMENT_TOKEN_TO_BE_REPLACED

The target in question is Karen Carney, the holder of 144 England caps, who played in four World Cups and four European Championships, and is a pundit on Amazon Prime.

Her comments suggested Leeds benefited from the break in play due to Covid-19, with Carney saying: "I actually think last season they got promoted because of Covid in terms of it gave them a bit of respite. I don't know whether they would have got up if they didn't have that break."

Regardless of what you think about the validity of her point, it is far from the most stupid thing said about Leeds United in the last week by pundits and journalists in England.

At first, the astonishing aspect about what Leeds did is how poorly the room was read here. They love to see themselves as a big club - which they are - and as outsiders, an attitude which may have led to the tweet being composed and sent in the first place.

But one look at Twitter would’ve told the person on tweeting duties that, after the result, all the goodwill was with them.

Fans and neutrals alike were rightfully mocking the commentary of the past week, and celebrating the fact that Marcelo Bielsa’s expansive style had - in the space of less than seven days - defeated the turgid styles of Sean Dyche and Big Sam. 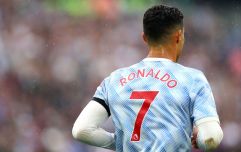 END_OF_DOCUMENT_TOKEN_TO_BE_REPLACED

To do away with all this goodwill for a cheap, targeted shot is at best short-sighted and, at worst, provides another example of the blind tribalism of modern football, where criticism of your team in any form must be taken on, must require a response.

This happens all the time with fans, so much so we expect it, even if we wish it wasn’t the case. But for a club to engage in this is, to put it politely, deeply irresponsible.

Clearly, though, the real story here is the abuse of women within football, and the targeted abuse received by Carney in the aftermath of the tweet. As many as 4,000 replies were sent to Leeds’ tweet, many of which had the classic sexist remark that troglodytes love to roll out: get back in the kitchen.

END_OF_DOCUMENT_TOKEN_TO_BE_REPLACED

When male pundits fuck up and say something stupid - and they do this so much each week it’s almost impossible to keep track - they receive some abuse, but none of that abuse is related to the fact that they are men.

A piece by Martin Ziegler in The Times today reports that Leeds have contacted Carney, and that staff at the club were surprised by the abuse she was subjected to.

That, quite simply, is scarcely believable, and if true probably means that the club need to hire people more adept with how the social media sphere, and the interactions within it, actually work.

Most of us who use it are aware, even anecdotally, of the disproportionate abuse women in football receive on social media. A far from deep dive into Twitter when a female pundit is on the air is evidence of this.

To not take this fact into consideration before sending such a tweet is negligible. Far too many football fans require little to no encouragement to engage in this sort of behaviour and for them, a tweet such as that sent by Leeds last night is akin to a call to action.

Tonight is a stark reminder of why it can still be pretty damn grim being a woman working in football.
You can disagree with an opinion without telling us to get back into the kitchen, yeah? Nice one.

Mistakes happen, though, and the majority of people will agree that most of this could have been remedied with a quick deletion and apology.

The tapestry of Football Twitter is stitched with the ill-conceived tweets of social media interns. It is not new, and people move on.

Instead, for reasons beyond anyone’s comprehension, Leeds and its owner have doubled down, with Andrea Radrizzani claiming to take responsibility for the tweet.

The club have since condemned the abuse aimed at Carney, but more than 12 hours later the tweet remains live, and much of the damage has been done, to both Leeds and Carney.

The handling of all of this ensures that rather than talking about their brilliant football and inspired manager, we’re here discussing a football club who’ve decided to sacrifice all the goodwill they’ve garnered this season to take on one person.

It's a situation from which no one emerges a winner.


popular
"I never really cried or got emotional over what I've done as an individual. I couldn't give a s***"
"If I break my wrist, it's on f***ing both of you." - Koepka and Berger act the spoiled child
"I was off the grid" - Aidan O'Shea respond's to Mayo criticism after club championship win
The FootballJOE Pub Quiz: Week 7
Garry Ringrose raves about four young Leinster stars to watch this season
'I won The Open by six shots in my home country, but this was the best week of my golfing career'
Galway fans' frosty reception for Davy Fitz doesn't make any sense
You may also like
1 week ago
"I'm pretty angry... Kane's body language and performance, oh my goodness!"
1 week ago
Roy Keane pays Declan Rice highest compliment possible as United move discussed
1 week ago
Tottenham and England legend Jimmy Greaves dies aged 81
1 week ago
Paul Scholes says crucial difference can win Champions League for Man United
2 weeks ago
Benjamin Mendy to remain in prison until January 24
2 weeks ago
Cristiano Ronaldo's Man United return to be broadcast for Irish viewers
Next Page