When it comes to the League of Ireland, everyone involved deserves better

Fans, players, coaches and people on the fence - everyone deserves more when it comes to the League of Ireland.

The Greatest League In The World is the line thrown out by Ireland's SSE Airtricity League, probably because The League That Could And Should Be Greatly Improved Upon doesn't have the same ring to it.

Chances are you know someone who loves the national league so much so that it's basically their main personality trait, but a good bet would wager that they're the exception to the rule, rather than the norm in your circle.

But why is it that the Premier League has hundreds of thousands of fans in Ireland while our very own league is ignored by so many?

Ask a hundred people that question and some of them will flippantly roll out a stock line that doesn't require research or experience, "because it’s shite".

That's just nonsense and it doesn’t even make any sense at this stage but it's a fairly handy way of realising who watches the games and who just bases their opinions off whispers that they've heard or someone else's better-founded complaints about the league in general.

Some absolute belters in contention for Goal of the Season, which will be announced on next week's show. What's your favourite? pic.twitter.com/8io6D85Rt7

In fairness to the LOI naysayers, the point that some of them at least are trying to make might actually hold some weight, which is it could be improved. Because, however good or bad you think the league is, it could and should be 100 times better.

And the most frustrating thing is that it wouldn't even take massive changes to see some genuine improvements. 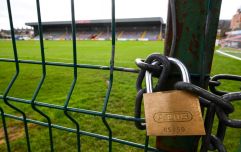 END_OF_DOCUMENT_TOKEN_TO_BE_REPLACED

One of the biggest issues that the league has to deal with it is the fact that it is unfathomably difficult just to watch a game. And if you do manage to get down to a stadium and see a game (you'll definitely love it), you'll only get to see one game. That's it.

For example, Soccer Republic airs every Monday night on RTÉ. Wanna know what else happens on Monday nights? League of Ireland games. Imagine, instead of on Saturday night, Match of the Day aired during the next set of fixtures? Or during the week while the Champions League was on? It would make absolutely no sense, right?

Or how about the fact that for a number of days after every game ends, there's absolutely no way of seeing the goals and highlights unless you're lucky enough to have been in the stadium at the time, and maybe snapped some shoddy footage on your phone. Some clubs are trying to put out goals themselves as well but it's not co-ordinated or reliable at this stage.

Recently, Bohs played Shamrock Rovers in Dalymount in the biggest game of the season so far. Although it was still early doors, both Dublin sides were at top of the league, both sides were unbeaten, and the game itself would be huge regardless.

Add to the history and rivalry the context of how the season has started, a game of that magnitude should have shut a football-mad city like Dublin down for the day.

But instead, the lucky 4,227 people who were in attendance got to witness a brilliant game, and that was that. A night to remember for that handful of people, and a night that went unnoticed by everyone else.

Simple organisational flaws also play a part in the game seeming less professional than it should. Finn Harps have had to play two away fixtures in a row, both on a Monday night. You'd have to be a brave soul to make the seven-hour round-trip journey from Donegal to Tallaght on a Monday night.

It almost feels like they're trying to make it as difficult as possible for people to get to see their team play. It beggars belief. 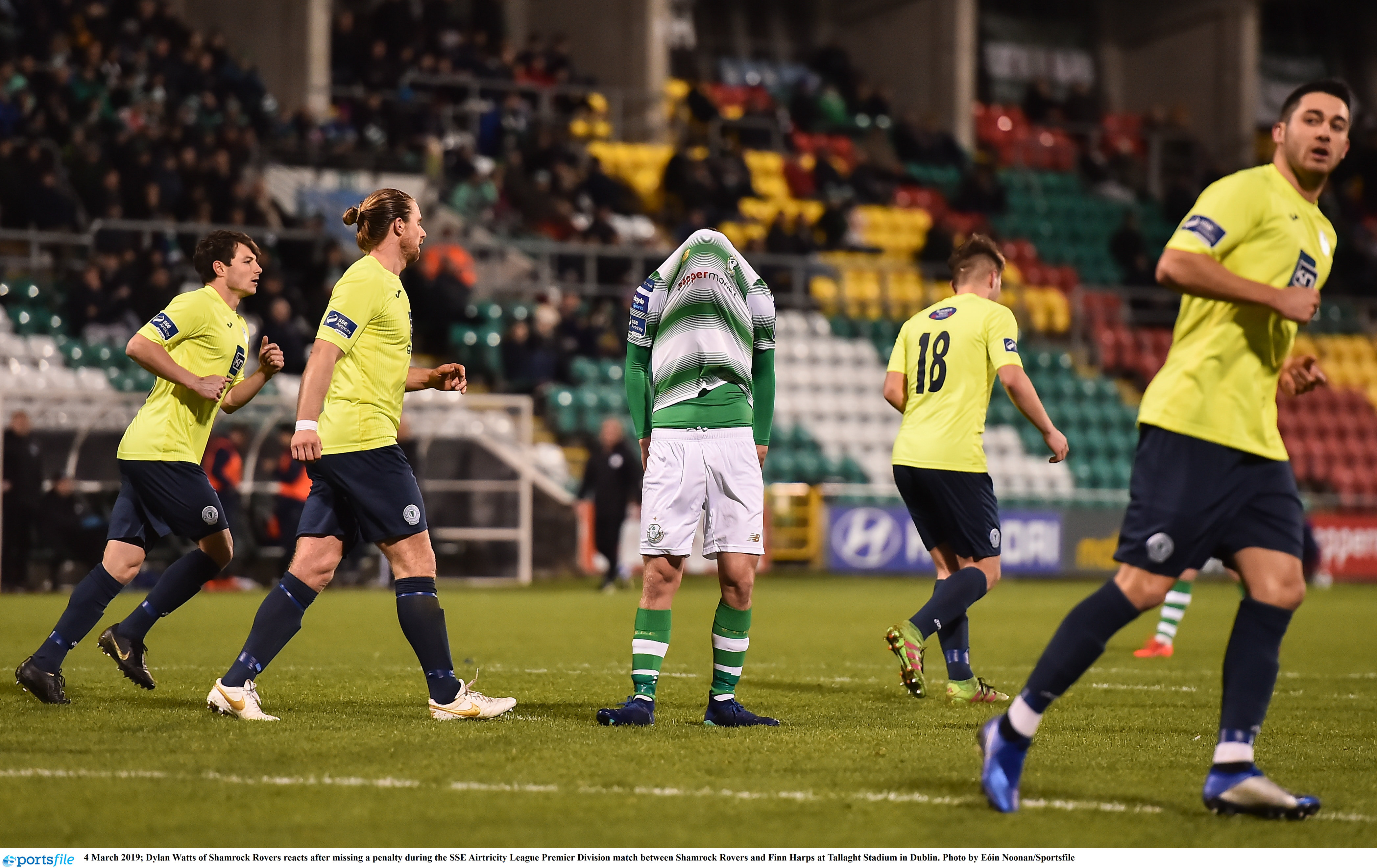 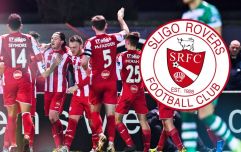 END_OF_DOCUMENT_TOKEN_TO_BE_REPLACED

And it's not helped by a tiny minority of existing fans in the league who don't seem to want the league to be bigger than it is. Well, they want it to be bigger and more people to appreciate it until they start to feel uncomfortable as it grows and more worried about just how many people have an opinion on it.

It's like having watched The Wire on TV years ago, and then feel this weird sense of entitlement - maybe superiority - to those who only bought the DVDs in years to come. You loved it first.

But come on, let people in. Even the bandwagoners. They are important, whether you'd like to admit it or not. They are what make Irish sport what it is.

There's going to be more blow-in fans than die-hard ones if you really want the league to grow, so embrace them. Give them a bit a stick, but keep them involved. Bring them along to a game or two, show them what you see. Make them feel what you feel.

The players train hard enough, and are good enough, to deserve a league that reflects their effort.

The fans have earned a league that reflects their love of their club. A league that represents what they feel it should, and it could with just a little bit of effort.


popular
Dublin club Man O'War suspends all training and matches after positive Covid-19 test
Roy Keane on the experience of being managed by Jack Charlton at USA 94
"Never back against the Irish" - How the BBC covered our USA 94 win over Italy
Jack Charlton's role in getting Roy Keane to Manchester United has been revealed
The SportsJOE 12 o'clock quiz | Jack Charlton special (Day 112)
Packie Bonner on being Celtic's teenage goalkeeper and angering Jack Charlton at Euro 88
WATCH: Amazing scenes at Aviva Stadium as Jack Charlton is given standing ovation
You may also like
4 months ago
Rovers to continue Direct Provision initiative for 2020 season
4 months ago
League of Ireland predictions - previewing every LOI team's season in three words
8 months ago
"When I came here, I was dead and buried. There was no way back for me"
11 months ago
UCD awarded 3-0 win after Bohs field ineligible player
11 months ago
UCD keeper celebrates in front of Bohs fans kicking it all off at the UCD Bowl
1 year ago
Sligo Rovers lament very significant issues in the FAI
Next Page