'Jurgen Klopp says that this guy can do everything'

Former Republic of Ireland manager Brian Kerr has said that new Liverpool signing Fabinho will have to reproduce the type of performance he offered against Red Star Belgrade on Wednesday if he is to have any chance of becoming a permanent fixture in the Reds midfield.

Liverpool bought Fabinho for £40 million during the summer and the Brazilian made just his second start of the season on Wednesday in a 4-0 win over the Serbian side.

James Milner, Georginio Wijnaldum and Jordan Henderson appear to be Liverpool manager Jurgen Klopp's first-choice midfield, while Naby Keita and Adam Lallana also fight for places, but Kerr believes that Fabinho needs to be more incisive if he is to break into the Liverpool starting lineup.

Brian Kerr took a look at his performance.#VMSport #UCL pic.twitter.com/6NzFHYyRiQ

"I'm sure Liverpool fans are wondering why they signed him because they haven't used him yet," Kerr said on Virgin Media One.

"He's played in the League Cup against Chelsea, he had a tame game I would have said that night, but tonight he was much more involved in the action.

"Early on in the match I thought he was playing within himself and being cautious and didn't always see the danger quick enough.

"Sometimes a little bit slow but now 25 minutes into the game he starts to do something. He was winning the ball in midfield, we can see his tackling ability, [but] that took half an hour before we saw that side of him.

"This is a fella that scored 20 goals in the last two seasons for Monaco as a midfield player. Klopp said he can do everything but there was an incisive pass that he played and he showed the type of quality he's going to have to produce if he's going to get into this team." 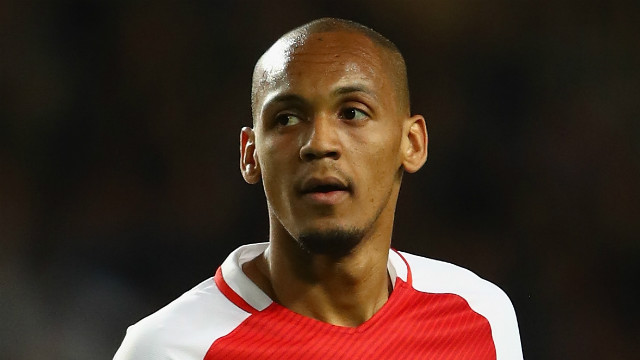 Klopp was suitably impressed with Fabinho is his first European start for the club and said that the system that Liverpool adopted suited his style of play.

"Very good. Very, very good," Klopp said of the midfielder after the game.

"The present for his birthday was not that he was in the line-up, it was that we played his favourite system with a double-six! He played really well and it was good to see.

"He was very aggressive and everything was there. For his first game for a while, his second [start] from the beginning, it was good, really good.

"It is quite impressive what people saw tonight. It always helps a player if you play a good game – it helped us tonight and helped him. That was the start, so let’s carry on."


popular
Rio Ferdinand recalls Roy Keane sparking out United youngster in training
Sean Cavanagh speaks nothing but sense about what GAA players should do in the gym
The SportsJOE 12 o'clock quiz | Day 309
Robbie Henshaw one of three Irish players deserving of Lions Test XV
Referee Mathieu Raynal puts Sexton in his place after TMO mess
Jamie Redknapp's face after going toe-to-toe with Roy Keane as Matt Doherty caught in the crossfire
"I feel it is important to provide people with some context surrounding this photo."
You may also like
4 days ago
Alisson Becker's father passes away after drowning in Brazil
5 days ago
Jurgen Klopp linked with German national team switch
1 week ago
Jurgen Klopp and Seamus Coleman exchange words as Everton beat Liverpool
2 weeks ago
Jurgen Klopp strongly denies rumours he needs a break after "tough time"
2 weeks ago
Liverpool fans furious at VAR call that triggered their Leicester collapse
2 weeks ago
Calamitous Alisson error sees Liverpool collapse at Leicester
Next Page