Jurgen Klopp is facing criticism after telling fans to "calm down" in their protests against failed Super League plans and the billionaire club owners responsible. 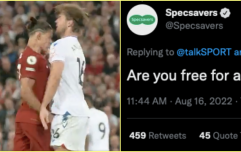 END_OF_DOCUMENT_TOKEN_TO_BE_REPLACED

News of said plans enraged both football fans and federations such as UEFA and the FA.

By Tuesday night, the plans looked to be crumbling as, one by one, clubs began pulling out in response to a fiery backlash from fans and notable names such as Gary Neville and Jamie Carragher.

While the European Super League no longer looks like it could become a reality, fans of the big six have continued protesting against the billionaire owners responsible for the concept.

"Stand up if you hate Kroenke!"

Thousands of Arsenal fans turned out at the Emirates on Friday night to call for the Kroenke family to sell the club after their role in the Super League fiasco. pic.twitter.com/gMNS0tO6B5 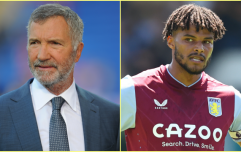 END_OF_DOCUMENT_TOKEN_TO_BE_REPLACED

Writing in the Liverpool FC matchday programme, Jurgen Klopp said Anfield is a place he is "proud to call home", but feels it has been "trashed" by recent protests against club owners FSG.

Speaking to BT Sport ahead of Liverpool's lunchtime kick-off against Newcastle, Klopp was asked to clarify his comments by a reporter. Klopp said:

"Look, it hurt a lot. Yes our owners made a mistake. We've said it often enough, they know it and these kind of things.

"It was representatives of Liverpool Football Club, we have to make a difference. That's really very important. I see the pictures the last few days of the Arsenal and Chelsea stuff like this... I really think, you all have to calm down."

Supporters of every club mobilised like never before, united in demanding real change and more of a say in how their clubs are run.

Meanwhile, Jurgen Klopp complaining about protests outside grounds and telling us "You all have to calm down.” 🤔

In a post published on Twitter, Lineker said: "A handful of owners try to tear our game apart and may well try to do so again, and we're just told to 'calm down and move on'.

"Huge admirer of Klopp but he's spectacularly tone deaf here. Without the fans of our beautiful game it would be much uglier today."

A handful of owners try to tear our game apart and may well try to do so again, and we’re just told to ‘calm down and move on’. Huge admirer of Klopp but he’s spectacularly tone deaf here. Without the fans of our beautiful game it would be much uglier today. https://t.co/rRH40Kal0p

Read more: Alastair Campbell on the five ways to reform football in the wake of the European Super League fiasco

You may also like
1 day ago
Jurgen Klopp reacted like everyone else to Darwin Nunez headbutt red card
2 days ago
"I can't see any dive there" - When Roy Keane was victim of a dreadful call against Liverpool
3 days ago
Just like when they were players, Steven Gerrard edges it past Frank Lampard
1 week ago
Jamie Carragher jokes ex-Liverpool man Conor Coady is a 'turncoat' after joining Everton
1 week ago
Jurgen Klopp slams 'really bad' Liverpool attitude after Fulham draw in Premier League opener
1 week ago
Trent Alexander-Arnold goes full Trent Alexander-Arnold as Liverpool escape Fulham with a draw
Next Page