Another day of Mourinho being Mourinho.

Roma boss José Mourinho lost his cool yet again in a press conference as he confronted a journalist at his pre-match conference ahead of his side's game against Sampdoria.

Italian journalist Alessandro Austini criticised the 59-year-old on the radio recently and during the conference, asked Mourinho about his tactics. 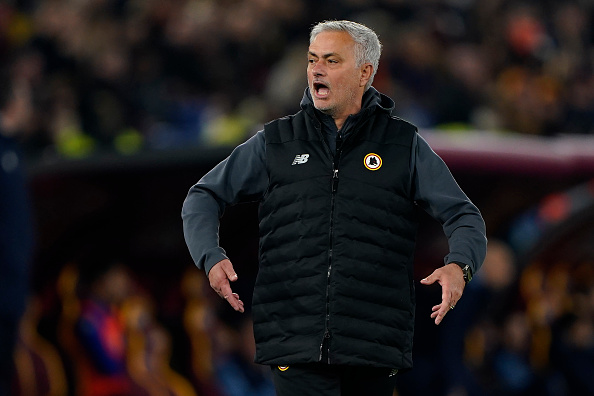 'I was expecting a much more aggressive question.'

END_OF_DOCUMENT_TOKEN_TO_BE_REPLACED

The former Tottenham Hotspur manager, who had clearly heard what Austini had said, decided to fire back at the journalist, claiming that he had "s**t himself" in front of him.

I was expecting a much more aggressive question, more negative and violent after I listened to you on the radio," Mourinho said.

"I didn't expect such an easy question. My conclusion is that you are much more aggressive and violent on the radio but when you come here you s**t yourself a little bit in front of me.

Mourinho has been embroiled in a war of words with the press all season.

The two-time Champions League winner has come under fire from the Italian press in his first full season at Roma but equally hasn't held back either, regularly becoming embroiled in clashes with members of the media. 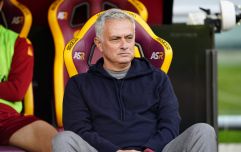 END_OF_DOCUMENT_TOKEN_TO_BE_REPLACED

The Giallorossi are currently seventh in Serie A but were knocked out of the Coppa Italia at the quarter-final stage to Inter Milan.

Roma could still win a trophy this season and are in the last eight of the Europa Conference League where they will face Bodø/Glimt of Norway.


popular
Ireland vs Wales: All the big talking points, moments and player ratings
The SportsJOE Friday Pub Quiz: Week 9
Ireland team to play Wales: Andy Farrell's XV, the big calls and bold cuts
Everton release brutal 59-word statement to confirm Anthony Gordon departure
Five confirmed changes and guidelines to have big impact on 2023 Six Nations
"Every team did it!" - Paul O'Connell on Roy Keane comment to Ronan O'Gara that he couldn't deny
Juventus are reportedly ready to terminate Paul Pogba's contract
You may also like
4 months ago
Jose Mourinho and Louis Theroux star in Stormzy's video ‘masterpiece’
4 months ago
Anthony Martial claims Jose Mourinho cost him the World Cup and accuses Ole Gunnar Solskjaer of "treachery"
5 months ago
Maurizio Sarri explains 'big f***ing difference' between himself and Jose Mourinho
6 months ago
Jose Mourinho storms on to pitch in attempt to get Sunderland player sent off
7 months ago
Jose Mourinho under consideration to become new PSG manager
8 months ago
Jose Mourinho felt three current Man United players were "too soft" to play for the club
Next Page