Michael Owen vs. Alan Shearer (Round 1) and Jon Walters vs. Roy Keane (Round Infinity). This is what international football breaks are all about.

The break in top level club football, for the international window, often shines a light on other football stories and characters. In the past week, the football cycle has been dominated by spats between former footballers.

Owen and Shearer got into it about Newcastle United while Walters was sucked back into his feud with Keane after the former Ireland captain appeared at a live Off The Ball show.

Keane appears to have gotten the hump at a couple of stories Walters has told on Liquid Football, JOE's football show. On one episode, Walters recalled the time the pair came head to head in the manager's office at Ipswich Town.

That sparked a few swipes, from Keane, in the direction of Walters and the former Stoke and Ireland striker soon caught up on most of the comments. On the latest episode of Liquid Football, Walters responded to the Keane barrage and gave more details on his stand-off with Keane when they had a manager-player relationship at Ipswich Town. 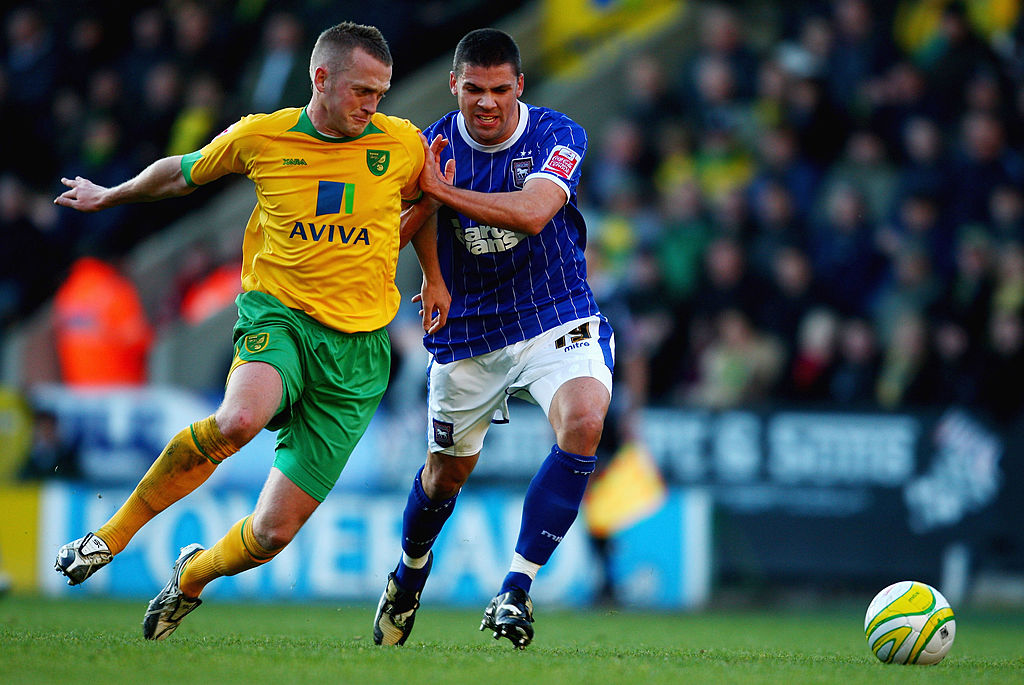 Jon Walters in action for Ipswich against against Norwich in 2008. (Photo by Jamie McDonald/Getty Images)

Walters claims Keane had told him, in 2010, that he could leave Portman Road if a Premier League club came for him. Two clubs were interested in securing his services but when he approached Keane, he says, the transfer request was flatly denied. The pair began to argue fiercely and Walters claims Keane removed his watch and jumper and squared up to him. Walters comments:

"[We were] head to head and he's gone, 'Hit me'. I said, 'You hit me'. And it sort of wasn't happening. I've gone to leave the room and as I've gone to walk out, he's said something very personal. Something that's nothing to do with him, but that's touched a nerve with me.

"So, I've shut the door behind me and gone back in. I've said basically that - 'It's got nothing to do with you. Come on, then, let's have it. You hit me first and watch what happens.' And, basically, 'I'll rip your head off'. That's what I was saying to him. But I'd gone by then; I'd switched.

"So I said, 'Okay then, I'll go meet you outside somewhere. Call me tonight and I'll come and meet ya'.

"And he's come back with, 'Oh, are you going to meet me in the middle of a field with all your mates and ambush me?'

END_OF_DOCUMENT_TOKEN_TO_BE_REPLACED

Challenge laid down, Walters walked out and went training. Keane and Ipswich decided they would let the forward leave the club and Stoke City would, in time, sign him.

Before that, though, Walters' agent, Paul Warhurst, got a phone call from an irate Keane. Walters just happened to be in the car at the time and Keane's call went out over the speakerphone.

He then received a fine from Ipswich Town in the post and, to Walters's best recollection, the fine read:

'After our meeting in my office, I find it unacceptable [that] you threatened to carry out violence outside of club premises. If there were witnesses, I'd look to that criminal or civil proceedings against you. Here's your [fine for] two weeks' wages. You've got the right to appeal, seven days. Signed, Roy Keane'.

What perplexed Walters, and made him laugh, he says was a comment from Keane, at the live event, when he said he had sent the player his home address and he was 'still waiting' for him to show up.

popular
Roy Keane's first impression of Cristiano Ronaldo proved to be very accurate
The SportsJOE 12 o'clock quiz | Day 290
The 14 Irish players Down Under as TG4 come up with the goods once again
QUIZ: Can you name all of these 1990s GAA stars?
"I have more work done than any player in Ireland" - The Trevor Giles tribute show
Every Premier League club crest, ranked from worst to best
Jurgen Klopp chases Sean Dyche down Anfield tunnel after half-time fracas
You may also like
2 months ago
FAI investigating Ireland England video as "a matter of urgency"
2 months ago
Full player ratings as Ireland fall to another defeat in Wales
2 months ago
Matt Doherty awarded man of the match playing left back, says he has no problem playing there
2 months ago
Kevin Doyle easily sums up the difference between England and Ireland
2 months ago
Aaron Connolly ruled out of all three Ireland games along with Callum Robinson
2 months ago
Big blow for Ireland as David McGoldrick announces international retirement
Next Page