No half measures here.

On Liquid Football, Jon Walters joined host Kelly Cates and former Chelsea and Fulham star Steve Sidwell. The trio discussed the increasing need for footballers to have protection after a spate of robberies and threats received.

The last decade has seen a host of footballers have their homes targeted for burglaries when they are playing away games. Sidwell noted that Chelsea often use a security firm to check in on houses, and families, of their players when they are off on club duty.

END_OF_DOCUMENT_TOKEN_TO_BE_REPLACED

Arsenal footballers Mesut Ozil and Sead Kolašinac were advised to miss the opening day of the Premier League season after they received threats. Kolašinac had prevented a car-jacking of Ozil's vehicle when he fought off a couple of men but the pair were forced to sit out the club's last few games as the threats against them were assessed. 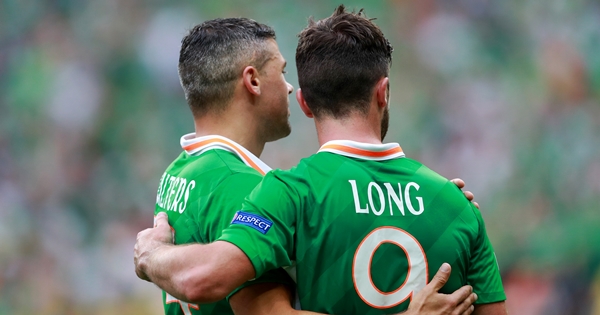 Jon Walters recalled his time at Euro 2016 with Ireland, in France, and how the country's authorities were not taking half measures in looking after each team that arrived for the tournament.

"We went to France for the Euros, with Ireland. We were assigned three guys and there a little, small guy - I think his name was Denny - and two bigs guys.

"We got to know them during the weeks and we realised they did security so we were finding out their stories. They were in the French Foreign Legion and they were tough guys. But the smallest one was the boss and they were saying, 'He is one tough guy'.

"He was on the top floor of our hotel as every team must have been assigned people by the French government, because there had been terrorist attacks at the time.

"So, come the end of the trip, we were all in the airport and were saying bye to them. And the lads were like, 'Go on, give us your gun!' So he took all the cartridges or bullets out and the lads were there posing with the guns for photos."

END_OF_DOCUMENT_TOKEN_TO_BE_REPLACED

The lads got their snaps but Walters adds no-one shared them on social media. Wise move.

Walters and Sidwell (from 33:00 below) also discussed how many footballers are getting their own security firms in and attack dogs that can turn deadly with just one command:


popular
Roy Keane handled Gary Neville’s goal celebration as most Irish fans would
Roy Keane cracks up ITV pundits with description of Senegal supporters
World Cup 2022 Day 15: All the major action and talking points
Damien Duff makes 'brutally honest' England World Cup prediction after Wales win
Ronaldo finally reveals why he got that hideous haircut
France demand FIFA change result of World Cup defeat over 'rule break'
From Ireland to Argentina: Alexis Mac Allister's Irish roots explained
You may also like
3 weeks ago
"I race over to stop him from falling off his chair" - Delaney's shock when he heard O'Neill wanted Keane
3 weeks ago
"I was called ‘the Northerner'" - Martin O'Neill opens up on his time as Ireland manager
3 weeks ago
James McClean gets straight on to Graeme Souness after being told 'to get on with it'
1 month ago
Stephen Ireland explains why his Ireland career ended after only six caps
1 month ago
Stephen Kenny responds to Brian Kerr's criticism of his performance as Ireland manager
1 month ago
"Nobody could touch him that day" - When Roy Keane reigned in Spain
Next Page