Police are investigating the incident

Details of the incident, which is said to have taken place in the tunnel at Oakwell following Fleetwood's 4-2 defeat, began to emerge on Saturday night - a since-deleted tweet from Barnsley's Cauley Woodrow saying that Stendel had been left with 'blood pouring from his face'. 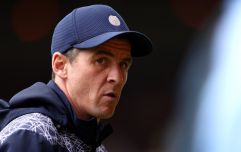 END_OF_DOCUMENT_TOKEN_TO_BE_REPLACED

The report says Barton chased Stendel down the tunnel at full-time, allegedly launching a violent attack when the German said he was "just a fucking scally."

Video on Sky Sports News appeared to show Barton being stopped by police when leaving the stadium, and being prevented from driving away.

Sky have also said that they believe police have spoken to the 36-year-old, and will speak to him again later in the week as part of a voluntary interview. 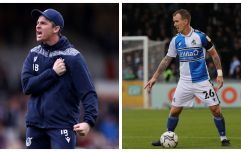 END_OF_DOCUMENT_TOKEN_TO_BE_REPLACED

Barnsley posted a statement on Saturday which confirmed that police were looking into the matter.

"The Club can confirm there was an alleged incident in the tunnel area that took place following the conclusion of today’s match, which South Yorkshire police are currently investigating,' the statement read.

"the Club is assisting the police with its enquiries and, as a result, we are not in a position to make any further comment at this time."