Joe Allen leaves Liverpool, and fans are divided over it

Joe Allen has joined Stoke City from Liverpool for £13m.

The Welsh midfielder has signed a five-year deal with Mark Hughes' side, and leaves Anfield after four seasons at the club.

Allen, who was named in the team of Euro 2016, wasn't a regular under Jurgen Klopp last season and looked set to slip further down the pecking order after Liverpool signed Marko Grujic, Sadio Mane and Georginio Wijnaldum. 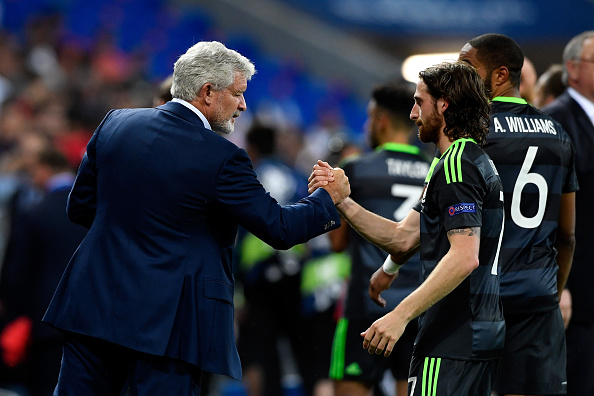 WATCH | First glimpse of Joe Allen in a Stoke City shirt and will meet up with the squad in Orlando tomorrow #SCFChttps://t.co/osPSJ1DidP

The new of Allen's departure was met with a mixed reaction by Liverpool fans on Twitter. The 26-year-old is either criminally under-rated and under-appreciated, or overrated by fans.

It's also possible the deal makes perfect sense for all parties, and that Allen's a good footballer, who has moved to get first-team action, while Liverpool get a tidy sum for a player in the last year of his contract.

@JamesPearceEcho Some LFC fans never gave him a chance. We will miss him though, and Stoke have a bargain for £13mill Get rid of Henderson

@JamesPearceEcho was a decent player last 6 months, but did very little before that, and missed that sitter in the Derby. Wish him well tho.

@LFC Fuck off you fucking snake bastards, FUCK YOU KLOPP

@LFC Fuck off you fucking snake bastards, FUCK YOU KLOPP

@LFC MY HEART IS BROKEN