So bad it's almost impressive.

Jean-Clair Todibo got off to the worst possible start in Nice's game against Angers after he was shown a straight red card nine seconds into the game.

The centre-back was given his marching orders almost instantly after he clipped the Angers attacker to send him flying. 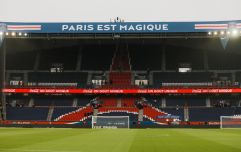 END_OF_DOCUMENT_TOKEN_TO_BE_REPLACED

Although the former Barcelona prospect protested his innocence, the referee was having none of it and opted to send him off straightaway.

The decision seemed to be a harsh one, given that it looked like there was enough cover for the 22-year-old for the challenge to warrant a yellow card at most.

Sadly, it wasn't enough to achieve a World Record for the fastest red card in history. That achievement goes to Lee Todd, who was sent off two seconds into a game between local rivals, Cross Farm Park Celtic and Taunton East Reach Wanderers.

During an interview, with SportBIBLE, Todd explained what happened. He said: "We were about to kick-off and the referee reminded us about swearing like he normally did. 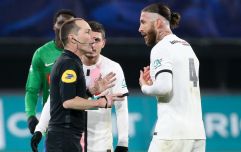 END_OF_DOCUMENT_TOKEN_TO_BE_REPLACED

"And as he walked past me, he blew the whistle for kick-off but blew it right in my ear. I bent down, muttered 'f**k me, ref, that was loud!' and the next thing I knew, I had a red card in my face."

It follows after Japan international Shoya Nakajima was sent off 20 seconds into his Antalyaspor debut. Nakajima was penalised for a dangerous late tackle on right-back Jonas Svensson, who was left in a lot of pain.

Shoya Nakajima's family travelled all the way from Japan to watch him make his home debut as a substitute for Adana Demirspor.

He was sent off after two minutes, leaving his mother and siblings looking horrified in the stands pic.twitter.com/4esWxEpHsw

The winger was given his marching orders instantly, leaving him with a debut to forget in front of his family, who had travelled over 5,000 miles to attend the game in Turkey.