'An afternoon that defied words, and certainly logic'.

So declared The Guardian, back in September 2001, when Ireland stunned a star-studded side from The Netherlands to help chart a course to the 2002 World Cup.

On the same day Moby opened for U2 at Slane Castle by playing 'My Lovely Horse', a lad nicknamed Trigger rocked the Dutch on their heels. 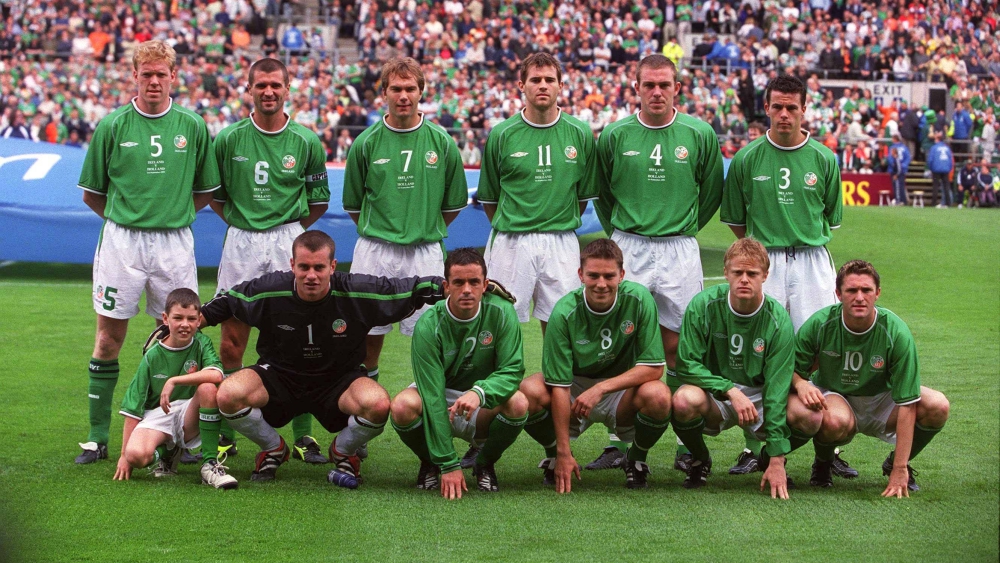 END_OF_DOCUMENT_TOKEN_TO_BE_REPLACED

Ireland's 1-0 triumph is remembered for four iconic moments - Roy Keane clattering into Marc Overmars, Holland finishing with four strikers for the last 20 minutes, Steve Staunton's dodgy header that near caught out Shay Given and, most importantly, McAteer sweeping in a crisp finish past Edwin van der Sar.

Mick McCarthy's side were in the same qualifying group as The Netherlands and a Portugal side containing the likes of Rui Costa, Luis Figo, Nuno Gomes and more.

Few gave the Irish a hope, but this team were made of hardy stuff.

McAteer spoke with SportsJOE, this weekend, when he was in Dublin for the official Premier League Trophy Tour with league sponsors Coca Cola. In an interview with Paddy McKenna, the former Liverpool star spoke about that game, and that goal:

"We found out, after, that they had booked their plane to Japan, and their hotel. So, they were literally coming to score as many goals against us, to beat us.

"We were told this, before the game, in the dressing room. It was a really good thing as it got us right up for the game."

.@MCATEER4’s favourite moment in an Ireland shirt? His goal to take them to the 2002 World Cup of course 🏆

As for that sweet, sweet strike, McAteer remembers he was lurking just outside the Dutch box as he was being 'a little bit lazy'. He says:

"Roy Keane won the ball and got it to Steve Finnan. The cross came in but I remember it taking ages to get to me.

"I remember thinking, 'Keep it down, keep it down!' It came to me and it hit it, and it went top corner, and I ran off like a lunatic."

One wonders who was telling the Irish players, nine months out from the World Cup, that the Dutch had hotels (plausible) AND flights (less plausible) booked for Japan and South Korea?

Whoever it was... genius.


popular
Spicy Donegal semi-final the highlight of a rip-roaring weekend of GAA on the tv
Shane Walsh: 'That's not how I was coached to play football. No one was coached to play football that way'
"Ah, come on!" - Richie Sadlier and Didi Hamann couldn't even agree to disagree on Griezmann's red
Seven exciting Ireland prospects pushing for November squad inclusion
Derry club win county final factfile games with extravagant set of jobs
"Where Johnny Sexton is so important to us now is being able to pass the baton"
Luiz Felipe in tears after bizarre red card after full-time whistle
You may also like
1 week ago
Claiming Callum Robinson has 'silenced his critics' with goals misses the point
1 week ago
Chiedozie Ogbene gives a brilliant interview after leaving Nemo Rangers behind to chase soccer dream
1 week ago
Callum Robinson performance shows Ireland what could have been
1 week ago
Adam Idah ready to play, but Ireland hit with late blow ahead of Azerbaijan clash
1 week ago
The Ireland XI that should get a much-needed victory in Azerbaijan
4 days ago
Steve Bruce hits back at journalist during press conference after question about his future
Next Page