OK. Who knew Jamie Vardy had this in his locker?

Vardy scored the first Premier League goal of 2019 and it proved decisive as Leicester claimed a crucial 1-0 victory over Everton on New Year's Day.

The Foxes striker ensured the visitors would leave Goodison Park with all three points after opening the scoring on the hour-mark of the day's early kick-off.

END_OF_DOCUMENT_TOKEN_TO_BE_REPLACED

The quality of Vardy's goal was perhaps exceeded by the impressiveness of his celebration, however, as he took to the air in remarkable fashion.

Vardy first cartwheeled before breaking out a shock backflip, surprising many with his incredible show of athleticism. 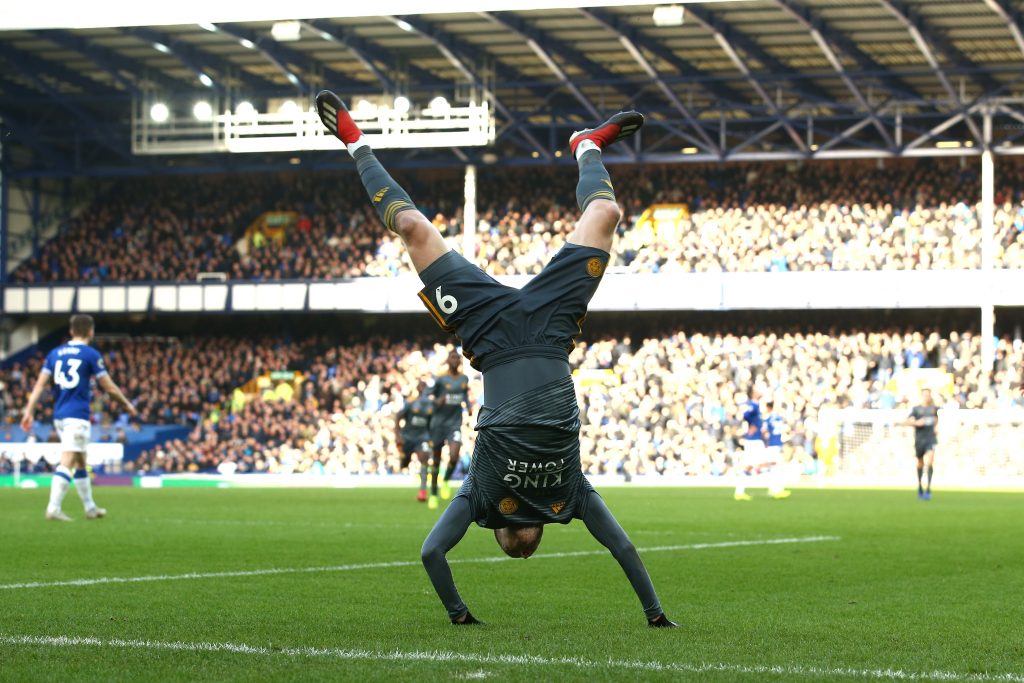 The English striker was asked where the new celebration had come from and admitted that he had been waiting for a special occasion to break it out.

He said: "I've had it in the locker for a while but saved it for a special occasion, and what better than New Year's Day? New Year, new me."

Vardy was trolled by his wife, Rebekah, for his acrobatic display.

He always wanted to be a gymnast 🤸‍♂️😂

END_OF_DOCUMENT_TOKEN_TO_BE_REPLACED

In the past, we've seen the likes of Nani, Lomana Lua Lua, Obafemi Martins and Miroslav Klose backflip after finding the net but managers haven't always been pleased about their players risking injury with such over-the-top celebrations.

In 2014, Fifa considered outlawing backflip celebrations following the tragic death of Peter Biaksangzuala, who suffered spinal injuries when a flip went wrong, but that rule never ended up coming into effect.


popular
Rangers legend says he and Roy Keane didn't speak during Man United spell
The coolest customer in hand-ball hoping to carry on the family tradition for Kilkenny
Oli McBurnie: Police investigating video of alleged 'stamp' on Nottingham Forest fan
Josh van der Flier and Sam Monaghan win big at Irish rugby awards
Rhodri Giggs accuses Gary Neville of hypocrisy over Salford sacking
"County football isn't for everyone" - Down captain Barry O'Hagan hits back at criticism
"I think there are only five Kilkenny players who are guaranteed to start on any given day" - Cody's motivational methods
You may also like
2 days ago
QUIZ: You have 60 seconds to answer one Premier League goalkeeper question
2 days ago
QUIZ: Can you name these 26 Premier League winners?
3 days ago
Pep Guardiola sets Southampton difficult task ahead of Liverpool clash
3 days ago
Patrick Vieira confirms Tayo Adaramola will make his Premier League debut
3 days ago
Antonio Rudiger denies he's leaving Chelsea because of sanctions
3 days ago
Philippe Coutinho 'accepts 70% wage cut' to complete Aston Villa move
Next Page