Jamie Carragher on the Liverpool player who is struggling

Liverpool have lost 1-0 away to Nottingham Forest and Jamie Carragher was quick to point out the one player who really seems to be struggling.

After three wins on the bounce, including a massive victory over Manchester City, Liverpool were in a strong position as they set up to play the team at the bottom of the league.

However, the consistency that the Reds so badly need just seems to keep eluding them, going from playing wonderful football to struggling against so called lesser opponents. 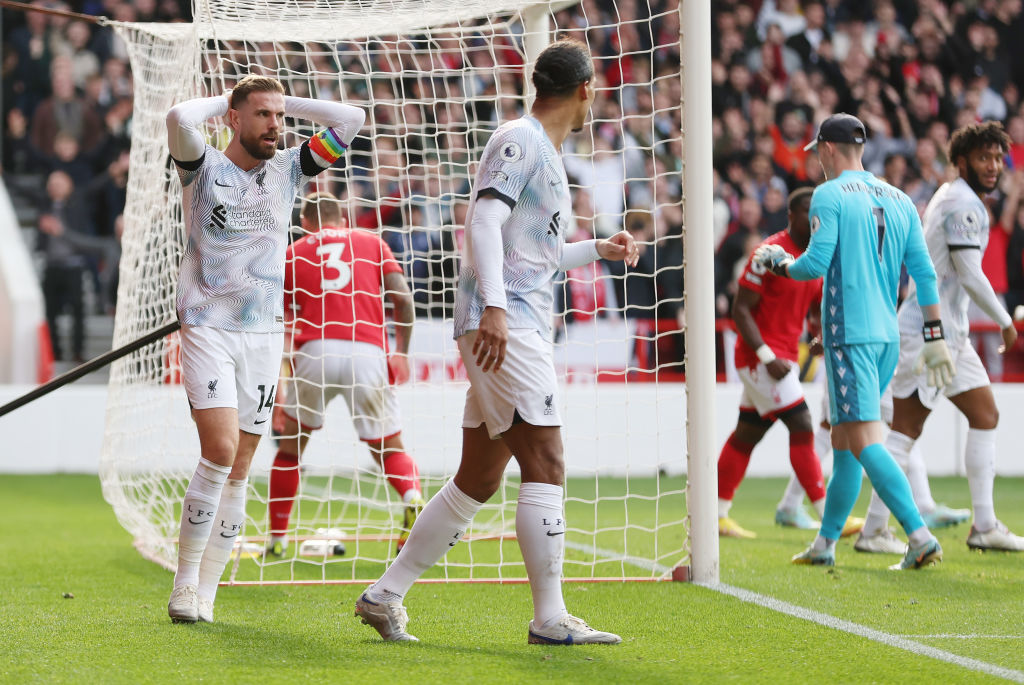 END_OF_DOCUMENT_TOKEN_TO_BE_REPLACED

The away side did have chances, particularly from set pieces where Virgil van Dijk and Roberto Firmino found themselves completely free, but couldn't find the back of the net.

Eventually Taiwo Awoniyi broke the deadlock, scoring against his former side, and no matter how much Jurgen Klopp's side huffed and puffed, they just couldn't find a way through.

Former Liverpool defender Carragher took to Twitter after the game, first to praise Steve Cooper for the fantastic job he's doing at Forest, and then to single out a player who has been struggling for his beloved club.

Liverpool lose to bottom of the table Forest pic.twitter.com/bk4TKMRyrp

"Steve Cooper has changed Forest in the last few weeks to be a lot harder to beat, tactically very good again today. Liverpool were awful, what is going on with, Fabinho Konate is needed back ASAP!"

END_OF_DOCUMENT_TOKEN_TO_BE_REPLACED

The Brazilian midfielder had been a colossal part of everything that was good at Anfield and this Liverpool team.

The 28-year-old was the engine of their midfield, and so important when covering the defence, and often contributed with some creative football going forward.

Steve Cooper has changed Forest in the last few weeks to be a lot harder to beat, tactically very good again today.

Liverpool were awful, what is going on with Fabinho 🤯 Konate is needed back ASAP!

This season however, and in this game in particular, Fabinho just didn't seem to be himself - he looked lethargic, off the pace, and his passing was very questionable.

To make things worse for Klopp, the injury list continues to pile up as Darwin Nunez and Thiago were both unable to pass the fitness tests for today's game.

They join Diogo Jota, Luis Diaz, Naby Keita, Arthur Melo, and Ibrahima Konate on the sick list, while Curtis Jones, and Oxlade Chamberlain have just returned to the side after recovering from long term injuries. 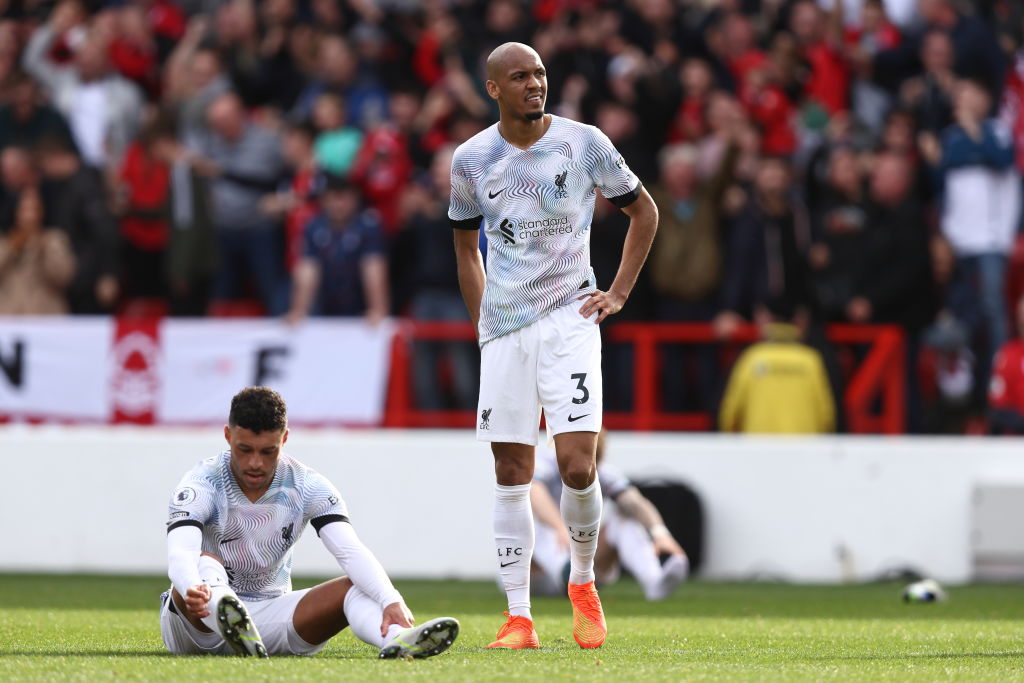 Carragher highlighted the need for Konate to return in particular, as the Frenchman was a key part of Liverpool's fantastic run last season, and his performances kept Joe Gomez, and Joel Matip out of the side.

However, after just returning from injury against Arsenal, making an appearance as a substitute, the centre back picked up another knock which has effectively ruled him out of the World Cup.


popular
"Every team did it!" - Paul O'Connell on Roy Keane comment to Ronan O'Gara that he couldn't deny
Five confirmed changes and guidelines to have big impact on 2023 Six Nations
Everton release brutal 59-word statement to confirm Anthony Gordon departure
"It's crazy to think Bundee Aki might come straight in and start against Wales"
Owen Farrell praises Johnny Sexton in revealing interview ahead of Six Nations
British publication urges Gareth Southgate to claim Evan Ferguson for England
CCCC order replay of All-Ireland club football final
You may also like
1 week ago
Liverpool reportedly selling Caoimhin Kelleher for Jude Bellingham funds
1 week ago
Steven Gerrard offers his personal service to help Liverpool sign Jude Bellingham
1 week ago
Steven Gerrard makes interesting claim about Graham Potter's signings
1 week ago
Liverpool's owners have made a massive decision on the sale of the club
1 week ago
The best five-team accumulator weekend special for the Premier League
2 weeks ago
Gary Neville: "Jurgen Klopp is equal to or better than Pep Guardiola"
Next Page