Jamie Carragher reveals the worst Liverpool footballer he played alongside

Have you guessed it already?

Jamie Carragher has revealed the identity of the worst footballer he played alongside at Liverpool, and it will come as a shock to no-one.

'The worst has to be El Hadji Diouf,' Carragher said.

'Actually, I quite enjoyed playing against him as you could kick him then – can’t kick your own players'. 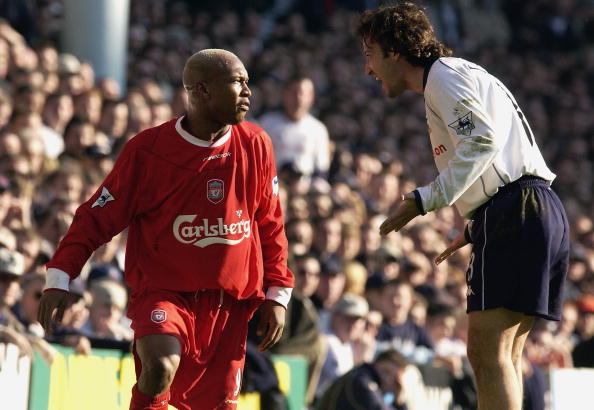 The forward was signed by Gerard Houllier in 2002 for £10 million, after an impressive display for Senegal in the World Cup, but never settled at Anfield.

Diouf only scored three goals in his two seasons with Liverpool, and his time at the club is more remembered for spitting at a Celtic fan during a UEFA Cup game.

Steven Gerrard echoed Carragher's sentiments about the Senegalise forward, currently playing in the Malaysian Premier League. In his 2007 autobiography, the Liverpool captain said: 'I wasn't Diouf's number one fan'.

'Being around Melwood and Anfield I knew which players were hungry, which players had Liverpool at heart. Diouf was just interested in himself'. 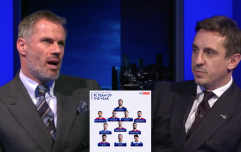 END_OF_DOCUMENT_TOKEN_TO_BE_REPLACED

'His attitude was all wrong. I felt he wasn't really arsed about putting his body on the line to get Liverpool back at the top'. 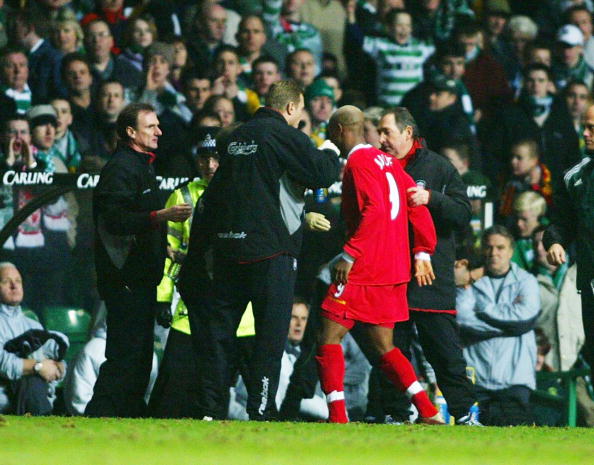 Diouf hit back at Gerrard's comments a few years later, saying that it was in fact Gerrard who was unpopular amongst team-mates: 'What he said is only of interest to him. All I worried about was the Senegal team, I took them to the World Cup quarter-finals in 2002'.

'I was in Pele's 100 players of the century. Not him. I respect him as a footballer, but there is nobody more egotistical than him."

"He does not care about others. I spoke to the major figures at Liverpool and nobody can stand him. And I am not talking about [Jamie] Carragher'.

popular
"There were some tough battles but I was happy to test myself against the best"
QUIZ: Name the clubs to have lost in every Champions League final
Chris Barrett's tackle stats against Dublin are unprecedented
"The divil you know is better than the divil you don't" - Larkin stands by Cody
QUIZ: Name the Man United XI from the last time they led after 17 games
Teammates XI Quiz: Liverpool – 2005 Champions League Final
QUIZ: How many of these obscure Manchester United and Liverpool players do you remember?
You may also like
1 month ago
Jamie Carragher calls Paul Pogba 'the most overrated player' he's ever seen
2 months ago
Jamie Carragher torches Gary Neville after criticism from Jurgen Klopp
2 months ago
Jamie Carragher makes feelings clear on new European Super League
2 months ago
"I think that should be the end of it" - Carragher sticks up for Pickford
2 months ago
Jurgen Klopp sums up VAR frustration as Liverpool denied late winner
5 months ago
'Henderson is conceding goals he'd be getting slaughtered for if he was at Man United'
Next Page