"That knocked me for six months."

Speaking on the Overlap Podcast, Jamie Carragher was the latest guest on Gary Neville's show, and they had all of the banter and craic that you would imagine.

However, there is a segment on the podcast called "Failure is a bruise, not a tattoo," where the guest opens up about a difficult period that they had to come through. END_OF_DOCUMENT_TOKEN_TO_BE_REPLACED

Carragher then told the story of the infamous incident after working on a game at Old Trafford, he was driving home and a fan was shouting at him from a passing car.

The Liverpool legend reacted by spitting out at the car, which was also carrying a young teenage girl, and because the whole thing was recorded it went viral on social media.

"Coming home from Old Trafford and then when I lost my job at Sky - I'm someone who's quite on the front foot, if someone attacks me. 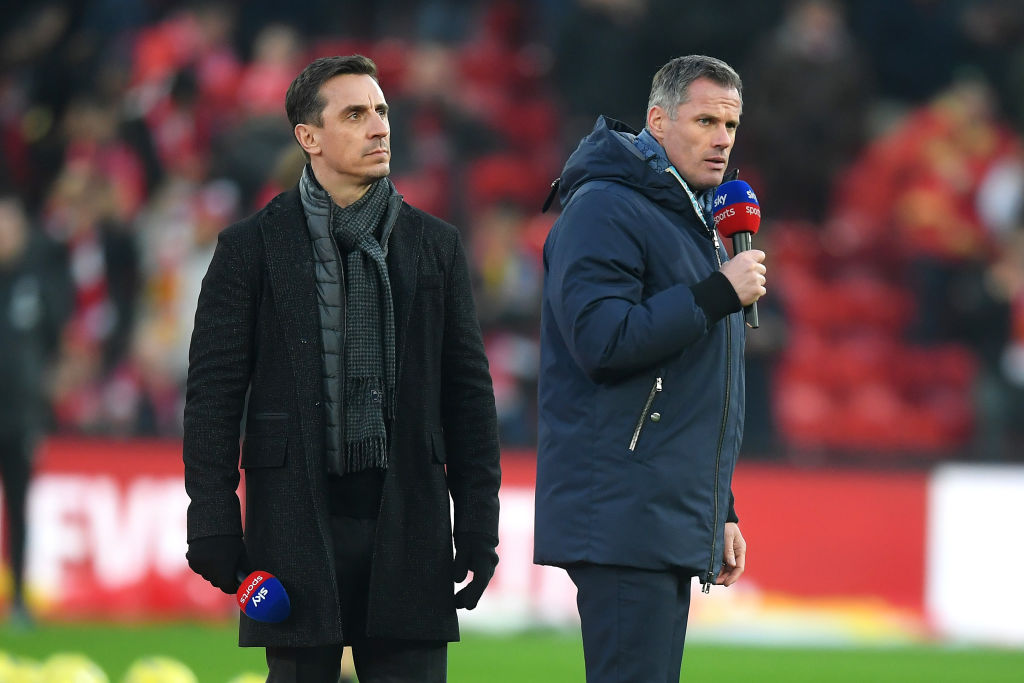 "But that knocked me for six months. For a good six months I wasn't myself. I'd get up in the morning and just have that pain in my stomach, oh that did happen.

"I went to see Steve Peters [a psychologist] after it. I felt really bad, embarrassed, my family, my mum or dad. And the kids.

"I remember getting back to the house that night when I'd been at Sky. I haven't seen the kids, they're at school, and you just get back and we all sat together and it was tough.

"Even though we're in the public eye, we're not the royals, Beckham, big stars. You read them on the front page. When it's you, everywhere I went it felt like people were looking at me.

"It'd come back to me, but it was done. I owned it. I didn't blame anyone else. I accepted it. I took my medicine.


popular
"I remember someone saying, 'This guy's the best of the lot of them. Just wait for him'" - Brian O'Driscoll
Emotional Robbie Savage introduces son Charlie's Man Utd debut while on commentary duty
"I trained with a guy that was born in 2004 the other day. We reckoned Earlsie could be his father!" - Peter O'Mahony
Nigel Owens on most annoying players to referee (three of them are Irish)
The story of the GAA's greatest ever minor
Six All Blacks but no Ireland players in world's top 20 list headed by Antoine Dupont
"I asked one question and lads slagged the arse off me!" - Johnny Sexton on Roy Keane chat
You may also like
2 days ago
Manchester United looking at MLS coach to replace Michael Carrick
2 days ago
Cristiano Ronaldo's stats from Crystal Palace win show that he's not a 'problem' for Man United
3 days ago
Bruno Fernandes praises Fred after Brazilian scores winning goal in Man United win over Crystal Palace
3 days ago
Four talking points as Man United beat Crystal Palace in Ralf Rangnick's first match as manager
3 days ago
Raphael Varane opens up on playing alongside Harry Maguire
3 days ago
Trevor Sinclair predicts that David de Gea's time at Man United could end 'quite shortly'
Next Page