In the first half of Cardiff City's draw with Newcastle United, Arter was the onlooker as Kenedy got away with a swipe at his teammate.

With little over half an hour played of his team's first away game of the new Premier League season, the Brazilian was robbed of possession as he attempted to spin away from Arter and Víctor Camarasa.

With Arter taking the ball, the Brazilian - on loan at Newcastle from Chelsea - ended up colliding with Camarasa. The contact was minimal and relatively innocuous, so it came as a surprise when Kenedy reacted by aiming a kick at the Spaniard, who instantly hit the deck. 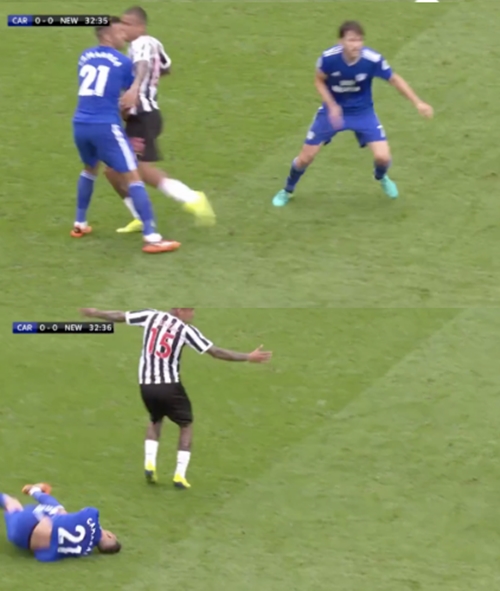 In the second half, it was Arter that was fortunate to stay on the pitch.

With the scores still tied at 0-0, after 58 minutes, the Republic of Ireland international hacked down Joselu as he was attempting to spark a Newcastle counter-attack.

The incident came 10 minutes after Newcastle's Isaac Hayden was sent off for a rash challenge on Josh Murphy. Arter's foul looked worse but he received a booking and remained on te pitch, something DeAndre Yedlin, not involved in the game, found perplexing.

Following the game, which ended goallesss after Kenedy missed a late penalty, Jamie Carragher tore into the Ireland midfielder on Sky Sports. He said:

"I think that might be the worst one, really. That has to be a red card.

"This stopping of a counter-attacking... you can nick someone on the ankle and get a yellow but to absolutely volley someone... that's knee-height; that's blatant."

"That's worst than Kenedy's. Hayden is at least going for the ball." 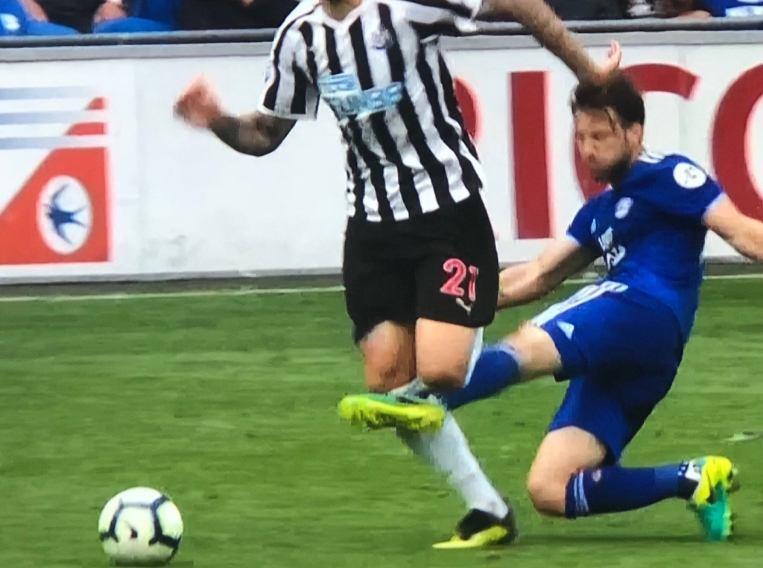 Craig Bellamy, a former Liverpool teammate of Carragher's, was also in studio for Sky and commented, "There's intent in that [from Arter], and it's high, and it's reckless so that is a red."

As replays of the foul rolled, Carragher came back for more:

"That's a shocking challenge. That can really, seriously hurt someone... he's volleying his knee like it's a ball at the edge of the box and he is trying to score."

As he was booked by the match referee, Arter may escape further sanctions for the foul on Joselu. A suspension would be the last thing the midfielder needs after his deadline day loan from Bournemouth.